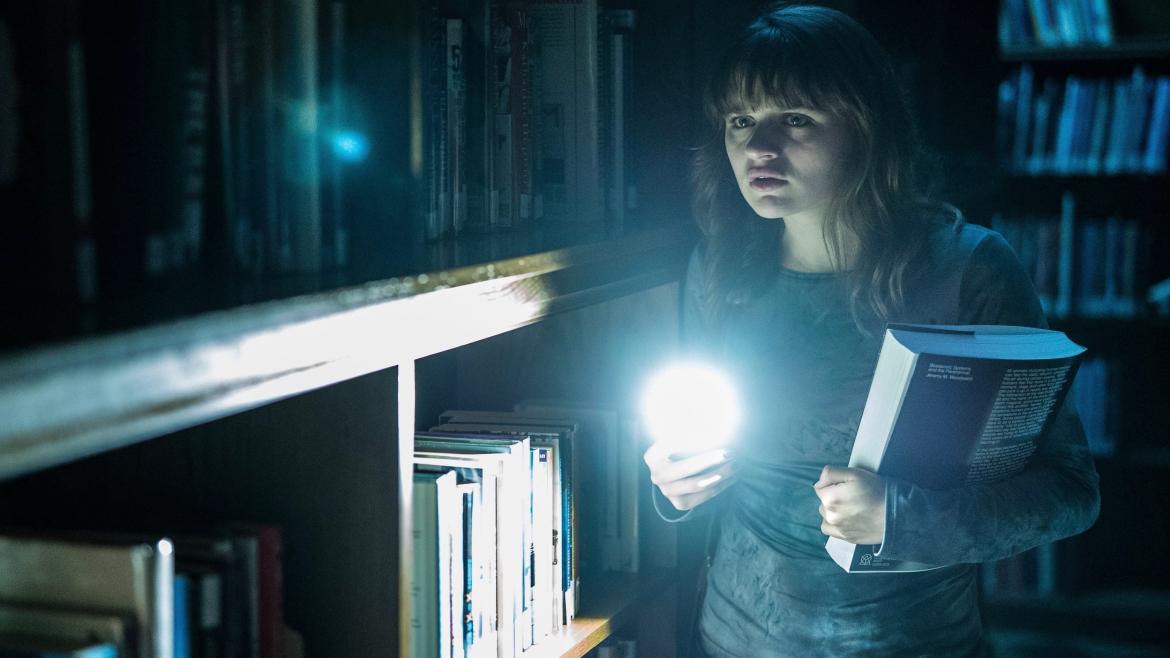 A lot can be said of the advantages of taking an existing and well-known character from the dark annals of Creepypasta and bringing it to the big screen. For one, you have a built-in audience. Two, there’s already a mythos to work off. You barely need to brainstorm. You’ve practically crowd sourced your script. Slender Man instead chooses to ignore those advantages in favor of awful dialogue, a ham-fisted story, weird noises and pitiful camera tricks. Oh, and this Slender Man is one that gets summoned via YouTube video. Sort of like Samara but slenderer and with severe social anxiety.

In Massachusetts, four high school girls, Wren (Joey King), Hallie (Julia Goldani Telles), Chloe (Jaz Sinclair) and Katie (Annalise Basso), attend a sleepover with blankets, pillow fights. They talk about dreamy boys and summon the Slender Man via a creepy video. Then the Slender Man comes, the girls do a lot of melodramatic screaming, he makes scratching noises, distorts some faces and stands around in the woods until he doesn’t.

Of course, you may say, well yeah, a Slender Man film is going to be bad, everyone knows that. But this film's crime isn’t that it’s bad, it’s that it doesn’t embrace its badness enough to make it anything worth watching. It’s simply boring.

This is because the choice was made to make the titular Slender Man a specter in the distance. A tentacled puppet master who remains unseen for much of the film. Perhaps this decision was made in order to attempt to build suspense. Of course, this is completely nonsensical since everyone with a dial up modem or better has known what Slender Man has looked like for nearly ten years. The technique is a shame especially since all of the young actress involved do a lot with what little they are given.

Here is a typical scene from the Slender Man film. Girl A: “What is going on?” Girl B: “I don’t know---we watched the video, but I got something else to do.” Heavy breathing, screeching noise, black lines on the screen. Girl A wakes up still breathing heavy. Rinse, repeat for an hour and a half mixing in two to three of the four girls.

This is a film that needed to come loaded with crazy creature effects, awesome visuals and cool, fun set pieces. Instead Slender Man turned into a poorly written teen melodrama with cheap and irritating tricks.