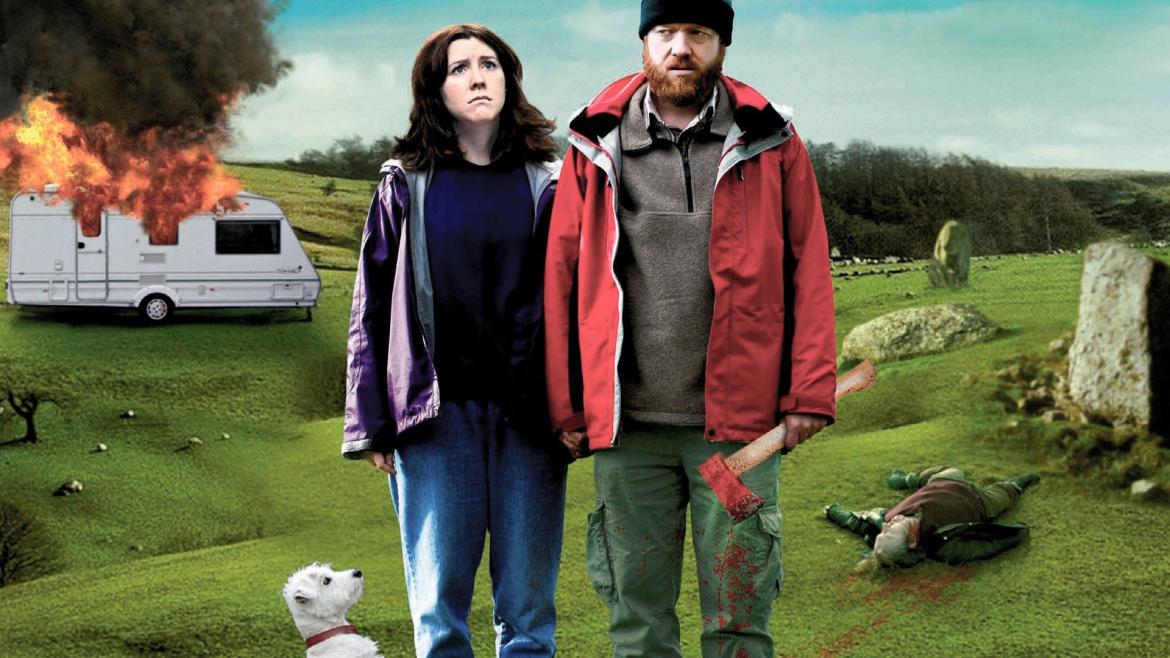 Chris and Tina take a road trip in an RV, see the sights, and kill a bunch of people.

Awkward. That sums up Sightseers. Ben Wheatley has been building a name for himself as someone that's capable of making his audience squirm with discomfort of various kinds, and here he's crafted a very unique kind of discomfort. In Chris and Tina he's given us a pair of homicidal psychopaths, but that's not even really the biggest contributor to the awkward impression that the film leaves. It causes just as much discomfort to see Tina wearing crocheted panties or scribbling away with a giant pencil as it does to watch her run down a random pedestrian or Chris bash in a guy's head with a rock. It's never quite certain whether the proper response is to laugh or cringe. Wheatley's created a narrative here that makes it hard to figure out what's up and down. This isn't a psychedelic murder spree in the style of Natural Born Killers, it's just a couple of mundane weirdos that happen to be murderers and a world that seems to have no desire or ability to even cause them to be concerned with capture. By the end of film you're likely to not even be sure whether or not you want to see the pair faced with justice. Really, it's this general feeling of unsure footing that Wheatley builds up so effectively that makes the film so overwhelmingly awkward. We're never quite sure at any given second if one of the main characters is going to bash in someone's skull, or just make an awkward joke that then leads to them having an awkward spat in front of random bystanders, followed by awkward RV sex.

The comedic elements in the film are tough to grapple with as well. While it's full of some truly bizarre character moments the film doesn't ever reach the level of laugh out loud funny. This isn't necessarily a failure, as the it doesn't seem that that's the movie that Sightseers is trying to be. There are stretches of the film where that kind of catharsis would certainly be welcome. But it's the fact that Wheatley doesn't give the audience that catharsis that makes the film so adeptly awkward. If we were allowed that catharsis through humor then we'd be viewing the film from a much more comfortable place, and it would be almost impossible for Wheatley to have kept the audience on that thin line of awkward confusion.