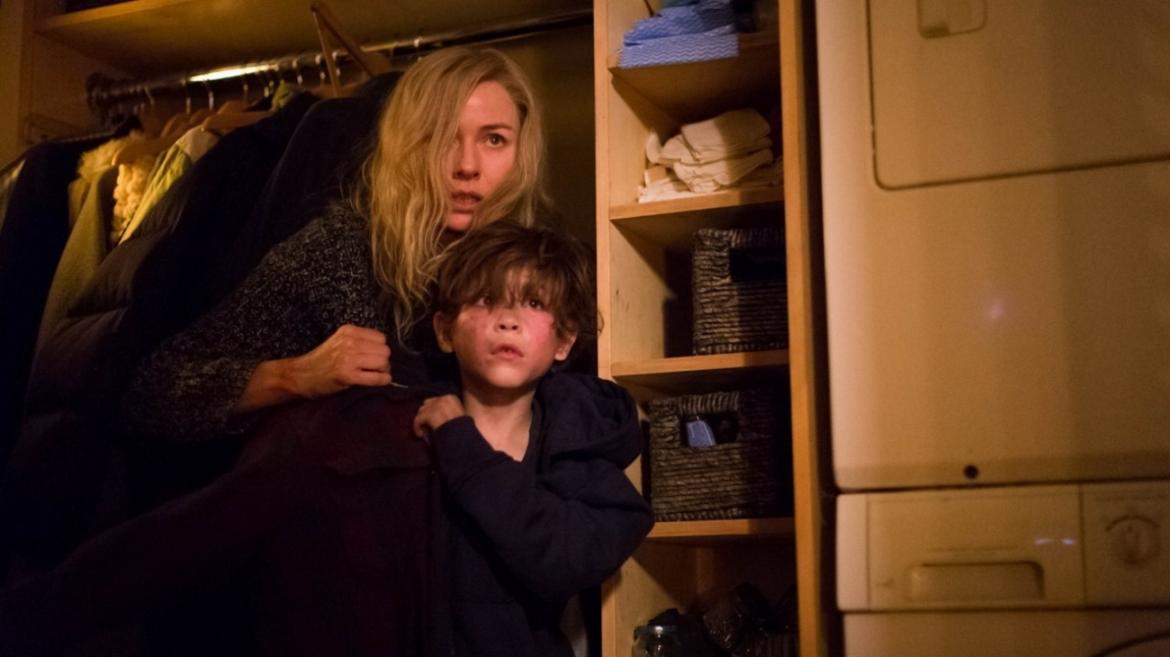 Tension is an integral part of any thriller. It’s the culmination of interesting characters, heavy atmosphere and smart plotting that generates realistic and meaningful stakes, which results in an immersive and heart pounding experience. Unfortunately, Shut In lacks all of these qualities, leaving a deflated and boring mess.

Mary Portman (Naomi Watts) is a child psychologist whose husband and stepson are involved in a terrible car accident. As a result she is left a widower and her step-son (Charlie Heaton) is left to her to take care of.  And so, poor Mary is left to wait hand and foot on him as she navigates night terrors and insomnia. One night, she encounters a young deaf boy (Jacob Tremblay) who shows up at her house and then flees into the wintery night. Now she is left to deal with borderline spooky events and loud meaningless noises and Oliver Platt literally phoning it in over skype for the hour and twenty minute run time. We as the audience are left to navigate a painfully inept film; woefully directed and starring a talented cast that is completely misused.

Naomi Watts does her very best to try to keep this disaster shambling forward, but is left for the most of the film to walk around in the dark. Jacob Trembley who just last year produced one of the best child performances in Room, might as well be an extra; spending his miniscule screen time staring blankly into the camera or walking around in the snow. Charlie Heaton who gets serious screen time in Stranger Things and now be type cast as the “creepy kid” spends much of the film in a coma. In a way, I envy him.

And yet, this isn’t really the problem. Many great thrillers can be described as unassuming and straight forward. The great granddaddy of modern thrillers Psycho has very little action until the final shocking moments. But it works because we have a sense of the characters, the mood and the intriguing and haunting world that it depicts. On the other hand, Shut In has banging noises in the dark and a strange unearned haunting angle it never fully establishes or even really buys into itself. It gives us nothing for us as the audience to invest in, other than a countdown to the final credits.

Shut In is a colossal waste of time that does nothing and goes nowhere and for a thriller than can be no greater sin.