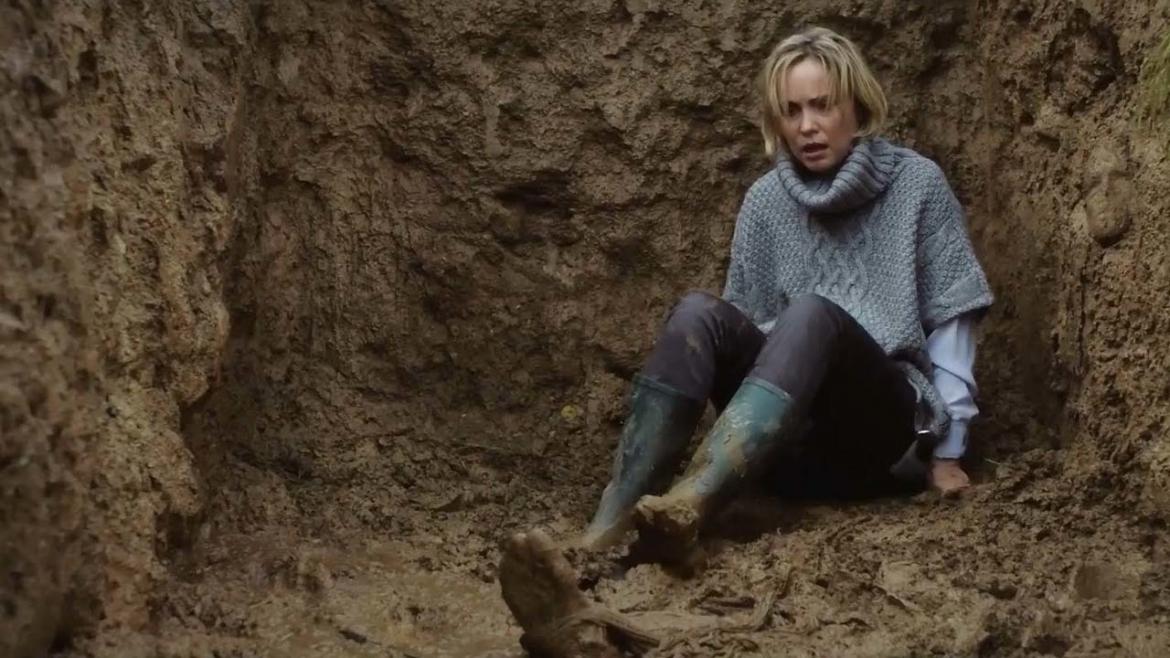 Female sexuality and motherhood have long been themes within folklore across cultures. They have also frequently been the topic of horror films. From classics like Rosemary’s Baby to more recent (and less successful) flicks like Devil’s Due, horror movies tease out some of our most primal fears about a woman’s power to create new life and her relative vulnerability during that time.

In the beginning, Sacrifice looks like it will simply be a variation on the story set out in Roman Polanski’s classic. After a miscarriage, Dr. Tora Hamilton and her husband Donald, move to the small Scottish town of his origin to get a fresh start. Not long into their stay, Tora finds the body of a woman buried on their property, and when the police come to dig her up, they make a gruesome discovery. The woman’s heart has been carved out, and ancient runes have been carved or branded down her spine. Once Tora identifies that this woman was a new mother (having given birth only 7-10 days before being murdered) she become totally wrapped up in the case and unable to let it go. When everyone in the small town seems eager to close the case and forget it ever happened, Tora teams up with Sergeant Dana Tulloch to try and uncover what’s really going on.

As previously mentioned, this is a movie about motherhood that exists within a greater pantheon of stories about motherhood and, as such, it needs to find a way to distinguish itself from the rest. Sacrifice does that in an interesting and subtle way; by making the police officer on the case a woman, and an ally. This small decision means that Tora has an ally, making this movie less about a personal threat faced by the protagonist and more about women grappling with violence against women more broadly. The fact that all of the individuals in power trying to silence them are men only makes this feel more pertinent.

Sacrifice is a pretty solid little thriller. Coming in at 90 minutes and currently streaming on Netflix, this movie has got enough tension to make for a great Saturday on the couch kind of movie. And did I mention runes? Could Sacrifice be a sneaky prequel to Halloween 6? You’ll have to watch for yourself to decide!

Color Out of Space