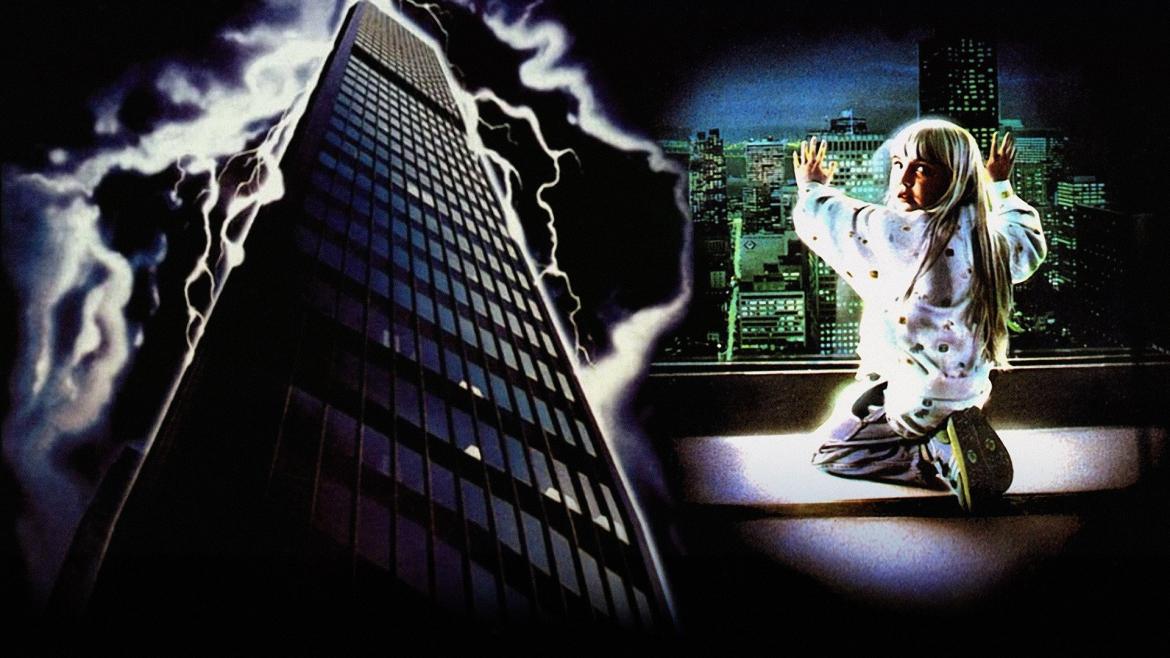 1982’s Poltergeist is a horror classic, bringing ghosts and the supernatural out of the shadows of creaky haunted houses of old and into the well-lit confines of modern suburbia. It was a huge hit that tapped into the cultural zeitgeist and has scared kids and adults alike for more than thirty years. A sequel, Poltergeist II: The Other Side, followed, and while not of the same quality as the original, it still had some scares and was solid as sequels go. Limping into theaters six years after the original, Poltergeist III (devoid of a catchy subtitle) is solid evidence for the validity of “three strikes and you’re out” rules.

The only member of the Freeling family to make it to the end of the trilogy, young Carol Anne (the late Heather O’Rourke) has been sent by her parents to Chicago to live with her Uncle Bruce and Aunt Pat (Tom Skerritt and Nancy Allen). The logic behind this is to keep Carol Anne hidden away from the villain of the second installment of the series, the evil Reverend Kane. Bruce, Pat, their daughter Donna (an eighteen-year-old Lara Flynn Boyle), and Carol Anne are all living in a recently built skyscraper (The John Hancock Center), complete with luxury apartments, a mall, and an art gallery. Writer/director Gary Sherman apparently felt this was a frightening location - the majority of the film takes place in the building - but a great deal of the screen time is devoted to characters running around unfinished hallways searching for Carol Anne and calling her name. Over. And over. And over. If you drink every time someone shouts “Carol Anne!”, you’ll join the ghouls trying to pull her to the Other Side about thirty minutes into the movie.

Almost nothing about Poltergeist III works. The dialogue is clunky and poorly delivered. Only Tom Skerritt comes across as a competent actor. Boyle’s character is just an average teenage girl, and there’s not even a hint of the sex appeal she would become famous for a few years later. Even Zelda Rubenstein, the wonderful Tangina who rescued Carol Anne from evil spirits years before, is uninspired. Very little makes sense, and there are a number of silly sequences such as a bunch of frozen, ice-encrusted cars driving around a parking garage trying to run the aunt and uncle over.

Kane was terrifying in Poltergeist II, his gaunt appearance the result of actor Julian Beck’s stomach cancer. Beck unfortunately passed away before the filming of part III, replaced by another actor wearing what looks like a cheap “old man” Halloween mask. He’s presumably meant to be terrifying this time as well, but the reverend does little more than turn down the heat and appear in mirrors throughout the building, crying “Carol Anne!” repeatedly, just like every one else on screen.

Another presence sorely missed is that of composer Jerry Goldsmith. His Poltergeist score is one of the best in horror movie history, and Carol Anne’s Theme is a hauntingly beautiful piece of music. That’s all gone in the final film, replaced by a bad '80s soundtrack that sounds like something out of an episode of Tales From the Darkside.

Heather O'Rourke appeared in a number of television shows in addition to her work in the Poltergeist trilogy. Sadly, she died at age twelve, four months before the release of Poltergeist III. She’ll always be remembered for her initial performance in Poltergeist, with the line, “They’re here!” forever burned into the minds of children of the '80s. Fortunately, her final film is mostly forgotten and hasn’t tarnished her legacy.