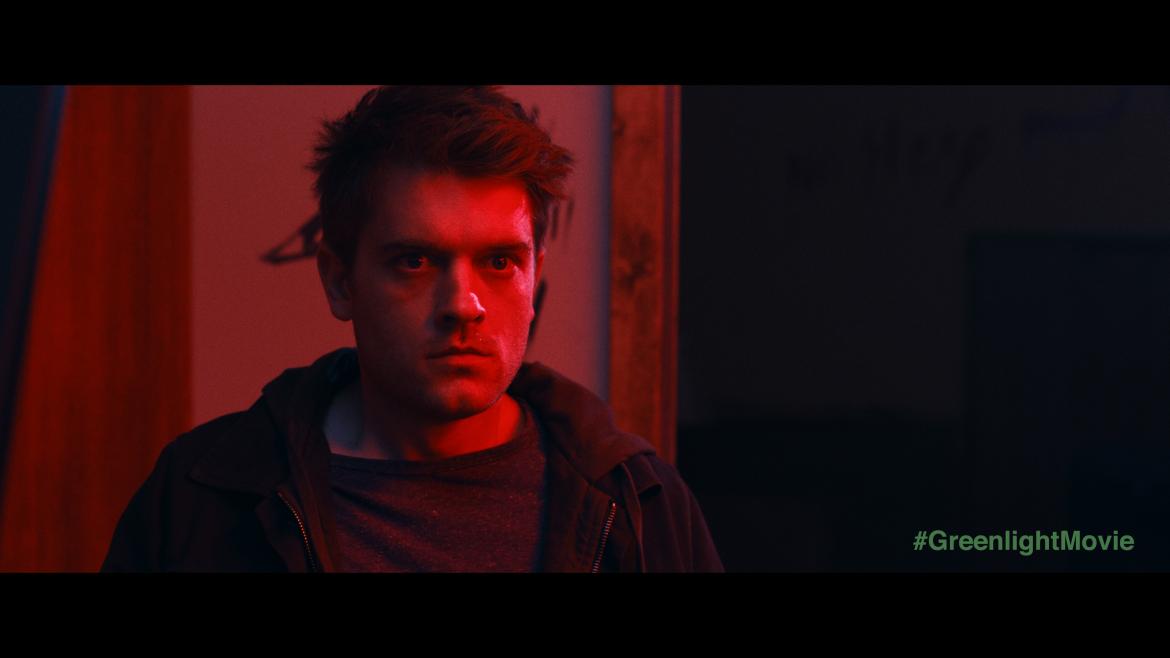 The landscape of moviemaking has progressively shifted from "it's all about who you know" to underdog success stories and the want for more inclusive voices. Greenlight approaches it's breaking into the biz story with a wickedly dark sense of humor that lands some solid contact more often than not.

Graham Denman's debut feature is all about the indie spirit and coming together to make one's feature debut, but with one very specific sinister twist. Greenlight stars Chase Williamson as Jack, a young filmmaker who is desperately searching for his big break to direct a feature length film. When he's finally given the chance by a shady producer, Moseby (Chris Browning), everything seems to be falling into place for Jack's career. But Moseby reveals a plot for Jack to stage an on-screen accident so that the final kill in the film is real.

Greenlight's elevator pitch invites some intriguing food for thought on morbidly plausible Hollywood back alley deals and macabre marketing. As Moseby states, you can't buy the publicity and cult following that something like an on-screen death would bring. It calls to mind an incident on the set of The Crow, yet it doesn't use it for the sake of gimmick alone. The accident is woven into the story and is about more than just a producer wanting to artificially produce a buzz about a third rate psychological thriller. In fact, the film rightly plays around with the lead up of such an act and how it degrades Jack's sanity along with his various professional and personal relationships.

Williamson has been kicking around the low budget genre scene for some time and always delivers. When paired with Browning their scenes have a dark sense of humor. The material, while inherently not funny, carries an absurd quality that the rings within the subtext. The tension of the situation revolves around Williamson's performance and the psychological toll he's paying for orchestrating the accident. Williamson's performance excels when Moseby threatens to frame Jack for the murder and to potentially harm those close to him if he doesn't play ball.

Greenlight gets a lot of mileage out of Williamson and Browning's performances, while there's still the admirable indie spirit behind this being a movie about making movies. You can see a bit of Denman's potential disdain for Hollywood politics and the Hollywood system in general with the film's overall commentary. But at its core, Greenlight is a straightforward thriller refreshingly light on trying to pull the rug out from under the audience while still keeping a few low budget tricks up its sleeve.

Greenlight recently had its premiere at Shriekfest and is currently seeking distribution.