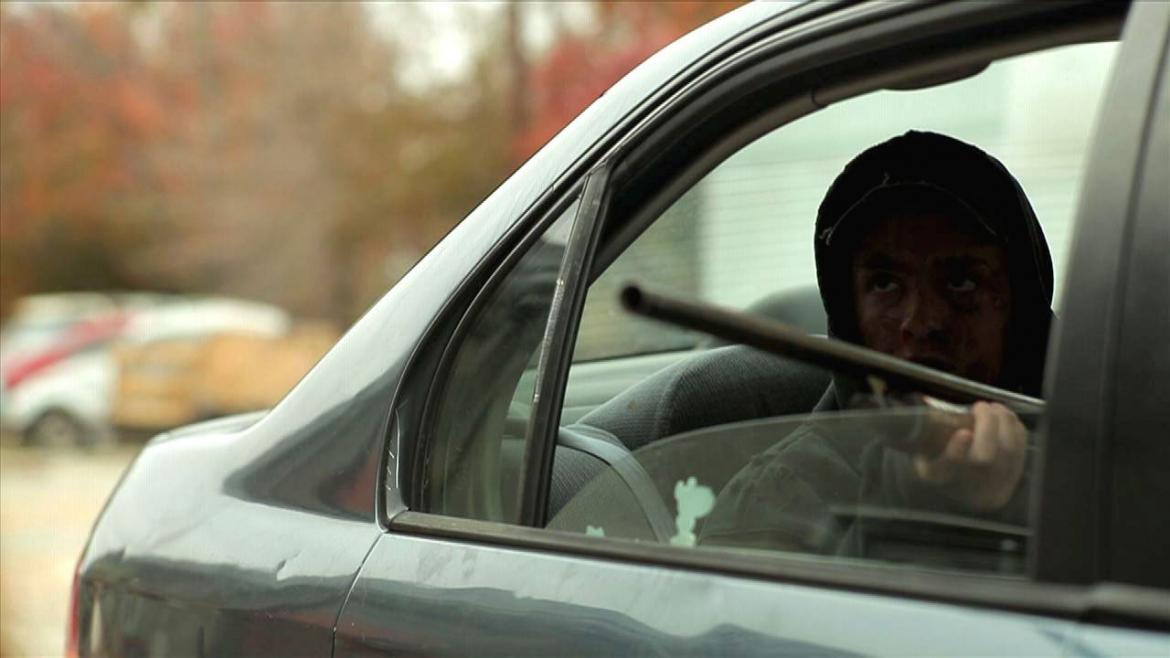 When society breaks down, when the rules that bind us together rot and our selfish animalistic qualities take over, we deteriorate. These are the central driving themes of 2013’s Refuge and one that is delivered at a meticulous pace.

Human kind has been nearly eradicated by a plague we are told through the pseudo-news broadcasts we have come to expect from these sort of films. This really isn’t a film about a worldwide catastrophe though, the scope here is small. This is a post-apocalyptic survival tale where our focus is on a single family; the Jack (Carter Roy) the father, his wife Nell (Amy Rutberg in a very different turn from her character on Daredevil), his daughter Birdie (Eva Grace Kellner) and Kyle (Chris Kies) who is the drifter they have befriended. The discovery of an injured man Russell (Sebastian Beacon) who they bring in and attempt to nurse back to health sends their lives into upheaval when the malicious gang he was attempting to flee come looking for him.

None of this is shockingly new ground there is nothing particularly original about this film, either from a plotting or stylistic approach. However there is an interesting thematic element at play here, a kind of naturalistic karma. See, this film, unlike 2009’s brilliant adaptation of The Road, is a movie that wants to drive humanity back into us by demonstrating its virtues. It seems to want to disprove nihilism by showing us the payoff of familial bonds. The problem is that this film does nothing in its brief 73 minute runtime to explore what drives apart those unions.

“I believe you.” Says a member of the gang to a man who has been accused of stealing food; “You know why? Because I stole the crackers.” He says to the man before cackling gleefully and stabbing him to death with other members in tow. You see, for a film like this to terrify us to our core we must see ourselves in the villains; we must believe that we could become them under these extraordinary circumstances. Even though this an end of the world flick with no zombies, the bad guys are equal to them in their humanity.

That doesn’t change the fact that this is a tense, harrowing, well-acted and directed action thriller which makes Refuge definitely worth your time.

Under the Silver Lake