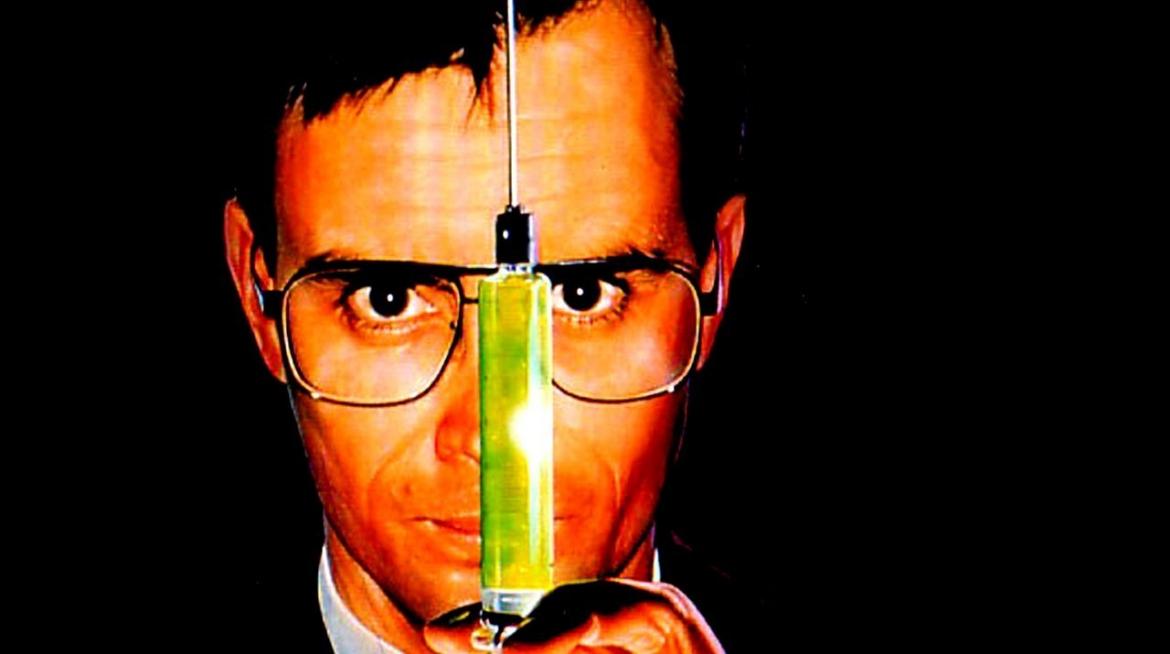 Most horror fans know what they’re getting into when they hear a film is directed by Stuart Gordon. You’re going to get gore, you’re going to get nudity, and if you’re lucky, you might get both at once. Re-Animator is just one such movie.

One of the most well-known in a cornucopia of titles from cult classic director, Stuart Gordon, Re-Animator is a perfect combination of campy and horrifying. This modern retelling of H.P. Lovecrafts, “Herbert West – Reanimator”, follows Dan Cain, a promising medical student at Miskatonic University with a room for rent. When a mysterious student named Herbert West transfers from the University of Zurch, and takes up residence in Dan’s spare room, things immediately take a turn for the worse. When pets and people start going from dead to….less than, the proverbial shit hits the fan quickly. Dan and his fiancé Megan realize that West is developing a serum that can reanimate a corpse, and he is hell bent on proving that it works. Once a jealous, and slightly unhinged, faculty member at Miskatonic discovers West’s secret Herbert, Dan, and Megan find themselves fighting for their lives against an army of naked, reanimated corpses.

One of the first things that a viewer will likely notice about Re-Animator is the similarities with the films of Alfred Hitchcock. The opening theme music borrows heavily from Bernard Herman’s theme for the 1960 Hitchcock film, Psycho, while the credit sequence may bear more than a passing resemblance to those of Hitchcock’s 1958 title, Vertigo. Similarly, when Dan discovers what it is that West is working on in the basement, namely finding Herbert attempting to reanimate his dead cat, there is a shot of the overhead lamp swinging, casting alternating light and then shadow on Herbert’s face, not unlike the shot of Mrs. Bate’s skeleton in the climactic end of Psycho.

The gore factor in Re-Animator is turned all the way up to eleven. Aside from the outright autopsy scenes, in which scalps are pulled back and brains are removed, there are the scenes in which West and Cain encounter and seek to control reanimated corpses, driving a circular bone saw through the sternum of one simply to re-kill it. There is also a fair amount of nudity, as bodies in the morgue rarely find reason to be wearing much of anything. Both the gore and the nudity create an atmosphere that is at once ludicrous and deeply unsettling. They also allow for some truly memorable sequences, including one involving a severed head that could really only come from a mind such as Gordon’s.

From its near-perfect pacing to the incredibly deft camera work, Re-Animator is sure to delight and shock first time viewers, and will certainly stand up to repeat viewings.