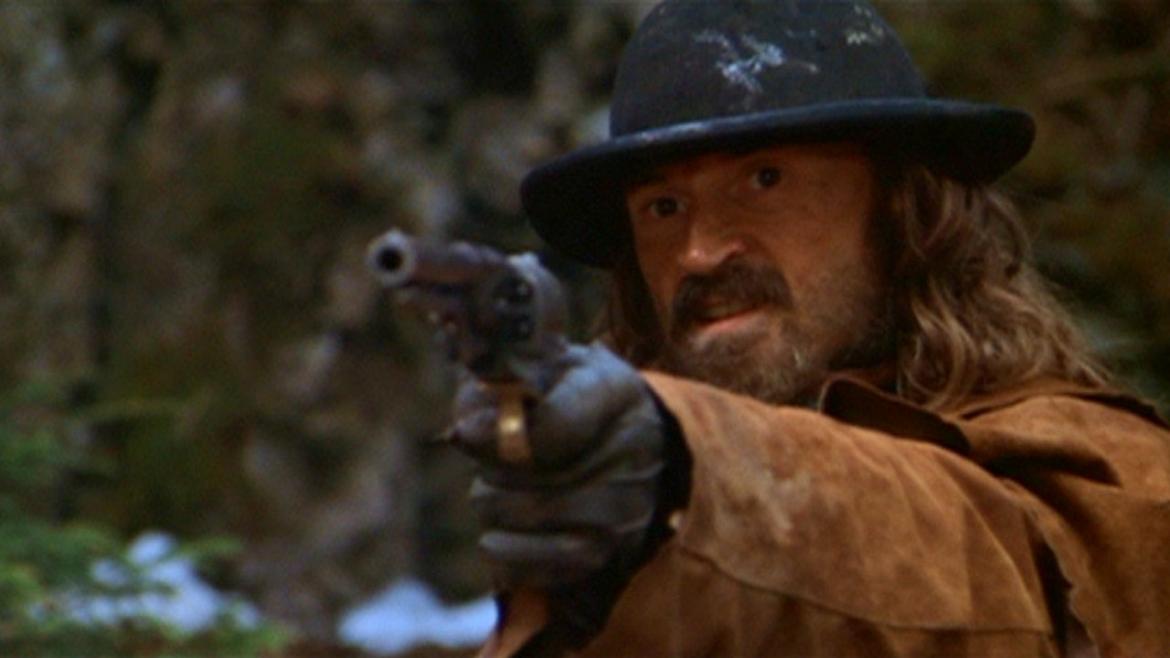 Movies about people resorting to cannibalism in extreme circumstances is a well that's been mined time and time again. Even by the late 90's Antonia Bird's Ravenous arrived a bit late in the game about 8 years after the critically acclaimed The Silence of the Lambs. Bird's period piece may be lacking a Hannibal Lector type villain, but Ravenous is still a solid and quirky blood soaked performance piece.

Set between 1846 and 1848 during the Mexican-American War, an act of cowardice in battle lands Captain John Boyd (Guy Pearce) in a remote snowy California base. Shortly after his arrival a mysterious stranger (Robert Carlyle) arrives spinning a tale of desperation amongst the military comrades he was traveling with. When Boyd's superior Col. Hart (Jeffrey Jones) learns that some of the stranger's party may still be alive but in mortal danger he enlists a handful of the bases'  manpower to conduct a search and rescue.

Tone is often a moving target over the course of Ravenous, but more often than not Bird sticks to pitch black comedic sensibilities. The score doesn't always do the tone any favors, coming off as though it belongs in a dusty Western setting than a cold bloody cannibal war set black comedy. There are moments though when the score compliments the more eerie and exciting moments which are usually few and far between. The vast majority of Ravenous could just as easily work as a claustrophobic stage play with a few more involved outdoor set pieces. Each role gives the actors in them the opportunity to go for broke and create characters that are exaggerated types. It's Robert Carlyle that overshadows the whole cast though, in a role that never quite reaches the heights of Anthony Hopkin's Lector, but a crazed cannibal all his own.

The blood and gore of Ravenous falls a bit short of being truly unsettling, but there's plenty of stomach churning moments that border on being iconic. In particular a scene early on when one of the character's blood curdling screams awake the group and his horrific realization, "He was licking me!" sticks out as one of the film's most memorable lines. It's a small moment of big impact to be sure and there are enough of them to go around to make Bird's film engaging from start to finish.

Rather you stick around for the performances or underlying themes of Ravenous there's plenty entertainment value to go around. The tone isn't always consistent and the film lacks a truly enigmatic and iconic villain, but a dark sense of humor and solid cast prove more than enough to make Ravenous worth chewing on.