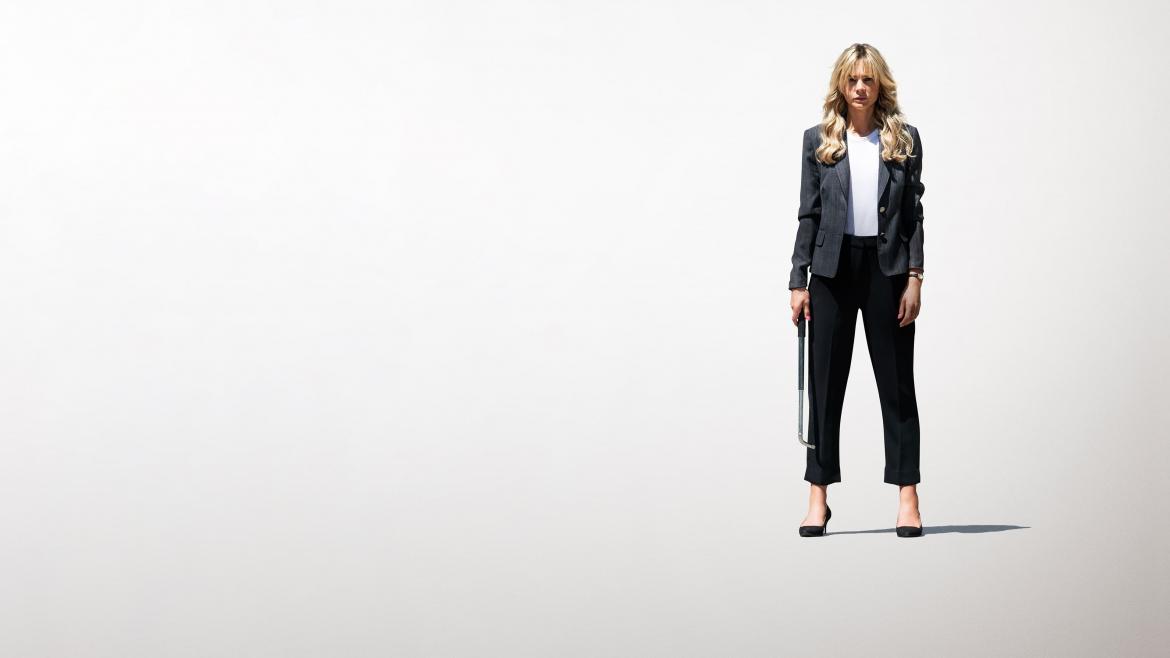 Content Warning: Instances of sexual violence are discussed below

The teaser for Promising Young Woman dropped back in December 2019, the same month that Sophia Takal’s and April Wolfe’s new Black Christmas was released and just two months before The Invisible Man came out. The tide of righteous female rage had been rising, and was just beginning to crest in popular culture. But with the world tumbling into a State of Emergency just a few weeks later, movies began to push their release dates. With how long we waited for Promising Young Woman, it had every chance to let us down, but it doesn’t take one of them.

From its opening sequence Emerald Fennell’s feature debut has an eye all its own. As production companies tick by, a remix of Charli XCX’s "Boys" plays, and we fade in on people dancing in a club. The slow motion and neon lights are familiar, but the subjects are not. Rather than a mass of beautiful women in short and skintight dresses, here the camera lingers on a group of businessmen, clad in khakis, gyrating and booty popping. We don’t see any of their faces, they only exist as incomplete bodies, much like the way we often see women dissected by the male gaze. The film then cuts to a wide shot of the dance floor, where a crowd of men dance drunkenly in a bar with conspicuously low attendance.

We are then introduced to a trio of men, just blowing off steam at the end of a long week, until they notice a young woman across the bar. She is sitting completely alone, her head lolling around as she struggles to stay awake. She slouches in her seat and spreads her legs, revealing her underwear. They suggest that women like that are just “asking for it” and bemoan her absent friends, saying they should be there to take care of her. One of the three (played by Adam Brody) walks over and crouches before her to check on her. She tells him she’s lost her phone and he offers to share his Uber with her, since she can’t call her own. Before long, he has taken her back to his apartment, poured her a very full glass of liquor, and thrown her on his bed when she asks for a place to lay down. As he begins to undress and assault her, she protests, drunkenly asking what he’s doing. When he doesn’t stop, she sits bolt upright and states, “I said, what are you doing?”

This interaction is far from the only such encounter that we see play out between Cassandra (Carey Mulligan) and a relay of charming, likable actors that will be familiar to most audiences. This is what Cassie does. When she isn’t working at the local coffee shop, she dresses herself up and goes out. She pretends to be drunk and waits for men to take her home. When they do, she turns off the act and makes them face their actions. Many believed from the marketing campaign that Cassie would be some kind of avenging angel, wreaking physical havoc on these men, as would happen in a typical rape-revenge movie. There is a vocal contingent online expressing their disappointment in the lack of physical vengeance, but there is power in this restraint. In the final act a man  pleads with Cassie, trying to implore her that being accused of any sexually inappropriate behavior is a man’s worst nightmare. Cassie stares at him and asks, “Can you imagine what every woman’s worst nightmare is?” One need only look at how threatened these men are to be called out to see how powerful a weapon that is.

This choice is just one of countless incredibly intelligent choices Fennell has made. Another is in the casting. Carey Mulligan is absolutely magnetic as Cassie, who’s childhood best friend was raped when they were in medical school. The well of Cassie’s pain is so deep that even when she does things that make us want to back away from her, we can’t. Her performance is absolutely breathtaking throughout the film. Perhaps just as important, however, are the many men that Cassie meets. We’ve already namechecked Adam Brody, but this movie also features Bo Burnam, Sam Richardson, Christopher Mintz-Plasse, Chris Lowell, and Max Greenfield. Most of these men are only named in Cassie’s journal, and could easily have been small parts for up and coming actors. Getting these big names and recognizable faces, however, puts the viewer at ease. When Cassie goes home with Adam Brody, we likely know what the movie is about, we may have seen him in the trailer, and yet a part of us is hoping that we’ll be surprised. Because we know him. We trust him! He isn’t one of “those” guys. This choice reminds us all that there are no “those” guys. Men who harm women can be nice guys. They can be handsome. Statistically, it is likely that we all know a man who has assaulted a woman, or taken advantage of one who isn’t able to consent.

The aesthetic of this movie is equally engaging. During both of my viewings, I was repeatedly struck by how much the movie’s look feels like someone smashed together Mr. Robot and Wes Anderson’s filmography. The color palate is overwhelmingly pastel, full of shades of pink and floral prints, and the attention to twee detail is impeccable. In many sequences, Cassie is framed dead center, in beautiful symmetry. However, there are just as many scenes that place her face at the bottom of frame, with nothing but space above her, weighing down on her. In a particularly striking scene when she’s at work, the camera rests on Cassie, seated behind the counter, with her head and shoulders cut off at the top of the frame. Cassie may be with us in body, but her mind is somewhere else.

I could genuinely write a dissertation on all the things I loved about this movie, but I think perhaps nothing is as powerful as my actual experience of watching it. Promising Young Woman captures sexual assault, and the way that its effects ripple outwards so well that my first viewing had to be done in two parts. I was only able to get through the movie by riding my exercise bike to manage my anxious energy. When I saw it a second time, in theaters, I had a panic attack during the infamous handcuff scene, even knowing it was coming. Since viewing Emerald Fennell’s feature debut, I have felt like there is a fire burning within me. My own righteous rage has been set free, and it isn’t going anywhere.