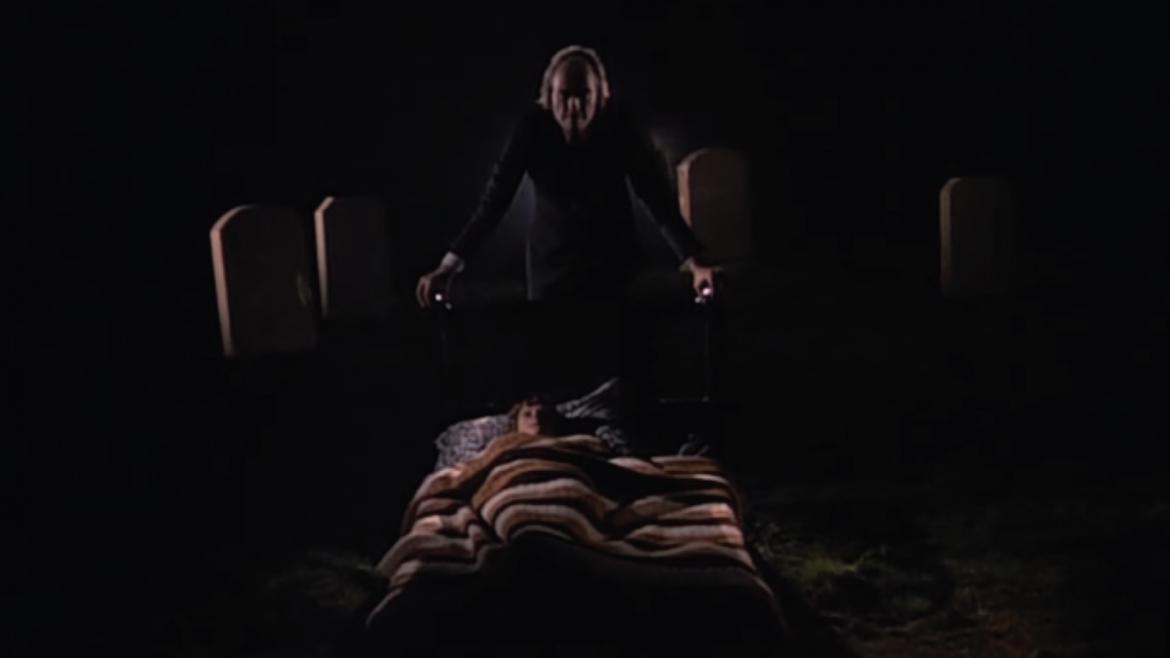 Stop me if you've heard this one before: a tall man with shiny balls, a kid, some little people, and an ice cream man with a sweet pony tail walk into a mortuary...

Or, from a more straight forward perspective, in Phantasm Michael (A. Michael Baldwin) begins to suspect that there's something not quite right at the local mortuary when he witnesses an odd man carrying away a coffin. When it turns out that there are otherworldly forces at work he goes to his brother, Jody (Bill Thornbury), and their friend, Reggie (Reggie Bannister), for help.

As happens with most horror franchises, I feel that the impression that most people have of Phantasm is based more on the series as a whole than on the original film. Here the focus is less on crazy weaponry and interdimensional travel than in later entries and more on mood and a surprising amount of subtlety.

One of the things that often gets lost in the shuffle about the film (partly because it's ending got retconned when the sequels came along) is that, on an underlying level, the film is a fever dream commentary by Coscarelli on mortality and how children perceive it. That probably seems like a stretch for a film with a flying silver ball that basically juices people's skulls like oranges, and it's a bit difficult to completely delve into without spoiling the films final moments, but, suffice to say, the ending does a lot to make good on some of the film's hallucinatory tendencies.

Interesting thematic material aside, Phantasm is definitely schlocky in that way that only low budget horror movies from the late 70s and 80s could be. Some of the acting is a bit dodgy at times and the mortuary interior sets are hard to take seriously, but these things really just add to the film's charm.