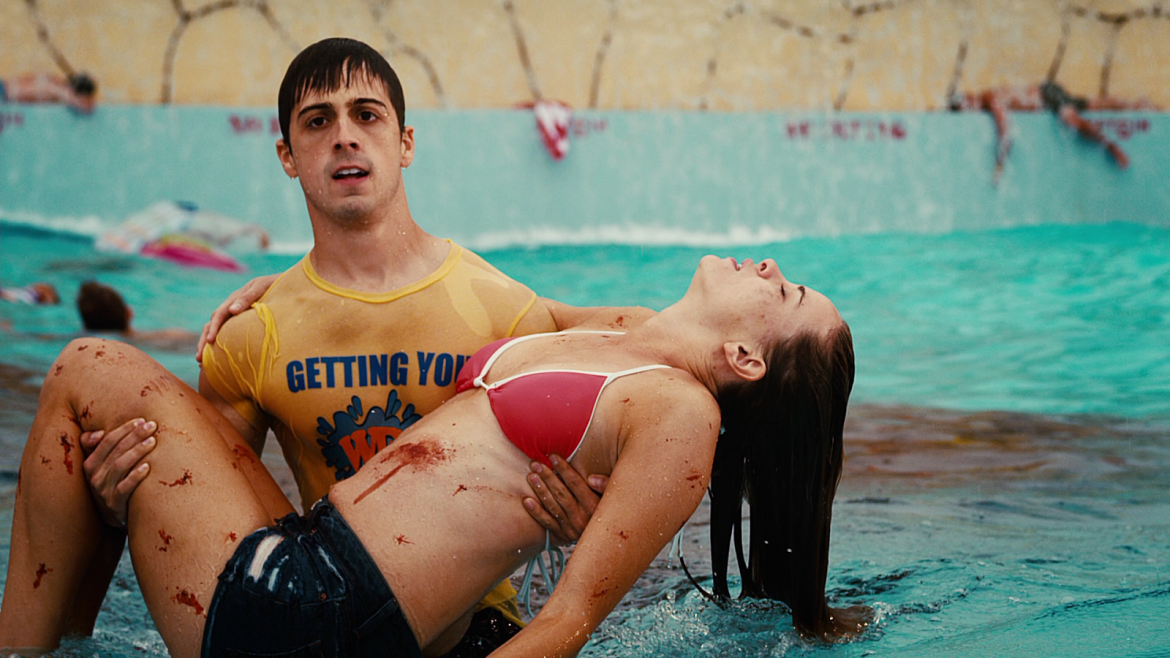 Let's deal with the question on everyone's mind right off the top: Would the sequel to 2010's well-regarded horror comedy "Piranha 3D" be able to match the disembodied male sex organ quotient of the original? Happily -- or perhaps unhappily, depending on your feelings -- the answer is yes, sweet lord yes!

This, of course, should not surprise. If anything it proves that "Piranha 3DD's" filmmakers were paying attention enough to know which was the most memorable sight gag from its predecessor. The downside here is that, based on the final product, much of the creative energy around "Piranha 3DD" was expended figuring out how one of the prehistoric carnivorous fish would get its teeth on a helpless piece of manhood.

At its best, "Piranha 3D" played as a self-aware spoof that also managed to push the boundaries of cinematic gore. It leveraged suitably silly turns from Jerry O'Connell, Ving Rhames and Richard Dreyfuss to create a fun and cheeky atmosphere that somehow carried straight through some of the more graphic carnage ever projected in 3D.

"Piranha 3DD" essentially asks us to do it all again, only this time subbing in David Koechner for Jerry O'Connell, Danielle Panabaker for Steven McQueen, and a legless Ving Rhames for a Ving Rhames that has legs. The titular piranhas have migrated (via underground caves or something) from Lake Victoria to the lakes surrounding Koechner & Panabaker's struggling water park. Up to his sleaziest, Koechner has opened an "adults only" section of the park in hoping to save the business, and he also started circumventing the law by drilling his own water supply. The former of these plot points explains the vast amount of skin on display, the latter explains the presence of man-eating fish.

While the setting change to a water park at least opens the door for some inspired mayhem, the reality is a film that feels like an echo of a much more fun movie. John Gulager, who first gained notoriety as the winner of HBO's "Project Greenlight" before going on to direct all three "Feast" films, actually pulls together "Piranha 3DD" into something that at least half resembles a theatrical film. Sadly, the script never really gave him a fighting chance. The original "Piranha" went as light on narrative as one would have thought possible, but here the bar seems lowered, resulting in a weird episodic quality where one scene links to another, all pointing in one direction, but not necessarily advancing the story.

At issue is that the story ends where it was always going to end anyway. Unlike the first film, where the growing piranha carnage can spread across a vast lake of unsuspecting partiers, in "Piranha 3DD" everyone knows that the piranhas are a risk and that they are in the area, so much of the film is spent feebly attempting to prevent a massacre that the audience knows is coming. It paints all the characters as helpless, or worse, hapless, and leaves no one for filmgoers to hang their hat on. And when the final climax finally does arrive it pales in comparison to what Aja hath wrought in the first go-around. This seems almost unthinkable as if there's anything a horror sequel needs to do, it's up the ante on the original. This "Piranha" decided to add another "D" instead of trying to top the first's epic gore-fest.

The real sin of this -- admittedly, easy-to-spot -- disaster is that the film squeezes out some solid, if not inspired acting. Danielle Panabaker carries her share, as does David Koechner. Rhames and Paul Sheerer are back with some decent gags, though it's David Hasselhoff who provides perhaps the film's most consistent laughs with a self-parody that's close enough to home to make you think the guy has a pretty healthy understanding of his own mediocrity. All these turns are unfortunately wasted on a film that never could coalesce into anything other than a cheap knock-off. As one-trick-pony as the first "Piranha" may have been, it was at least a good pony. "Piranha 3DD" instead hopes that the "DD" will distract from the fact that the pony left the stable a long time ago.