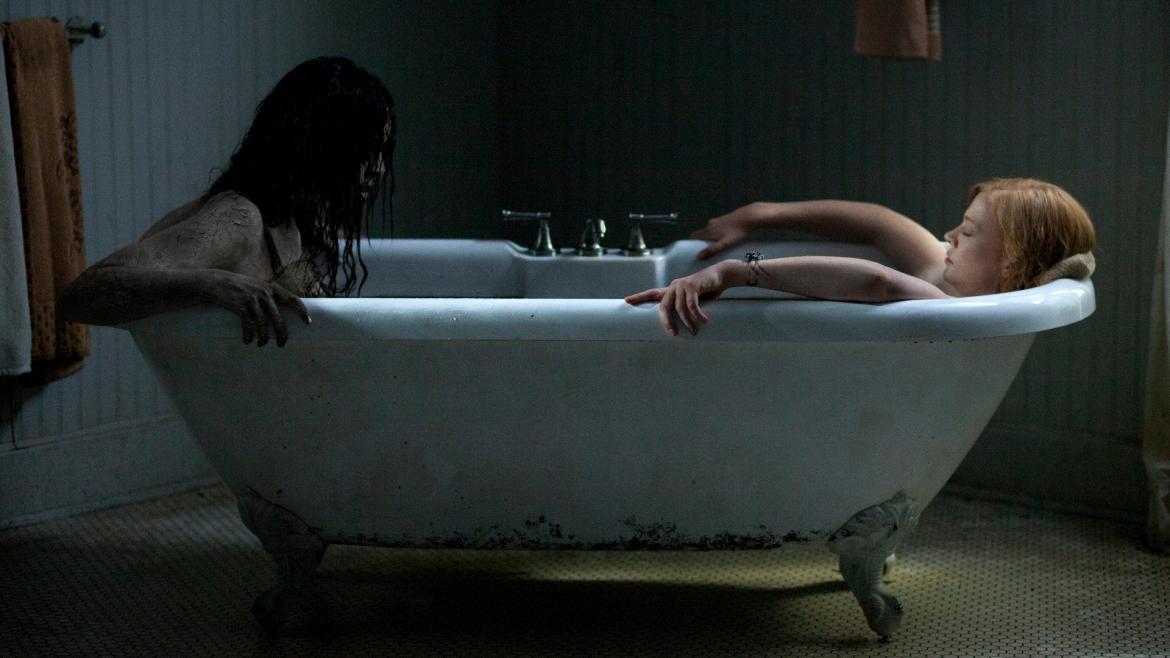 Setting a supernatural film in Bayou Country is a tricky proposition. Sure, it comes with so much history and provides a rich atmosphere, but it also lends itself to laziness. It takes a subtle touch to go beyond just scattering some chicken bones in the woods and calling it a day, and it's not clear that director Kevin Greutert (Saw VI, Saw 3D) was able to deliver on that subtlety with Jessabelle.

Jessabelle starts with a bang, literally, as Jesse (Sarah Snook) and her boyfriend are involved in a strongly wince-inducing car crash that causes her to lose her child and her boyfriend in one fell swoop. Now bound to a wheelchair, Jesse takes shelter with her father in his cabin on the bayou, and things start getting spooky. As it turns out, there's not a lot for her to do other than to watch video tapes left by her late mother, which detail various tragic happenings that may or may not befall her father and herself. With the help of an old high school friend Preston (Mark Webber), Jesse begins to hunt for the source of the apparition that occasionally shows up to vomit black tar into her mouth.

This film was not made for the Lifetime network, but sometimes it feels like it. Jessabelle is supposed to be built around family secrets, but there was little chemistry to be found between any of the characters as they do their damndest to force southern accents and portray emotional heft. A whodunit can only succeed if everything on screen has meaning, and unfortunately that's where Jessabelle really misses its mark. For one, the tragic car crash that starts off the film only seems to be a plot device to get Jesse into a wheelchair. Similarly, the voodoo aspect could have been a really gripping plot thread to follow if there was any more characterization beyond "every black person in this area practices voodoo".

The reductionism almost becomes tolerable amidst some interesting corporeal tar vomit ghost fights, but there's not a lot to latch on to beyond that. The head-scratcher of an ending could have been a fantastic twist, but it was more or less a wink at the camera, a move that the film did not earn. In the end, Jesseabelle feels like what happens when you hit "Louisiana" and "ghost movie" on the movie idea dart board, and The Last Exorcism: Part II already failed at that idea in a more entertaining way.