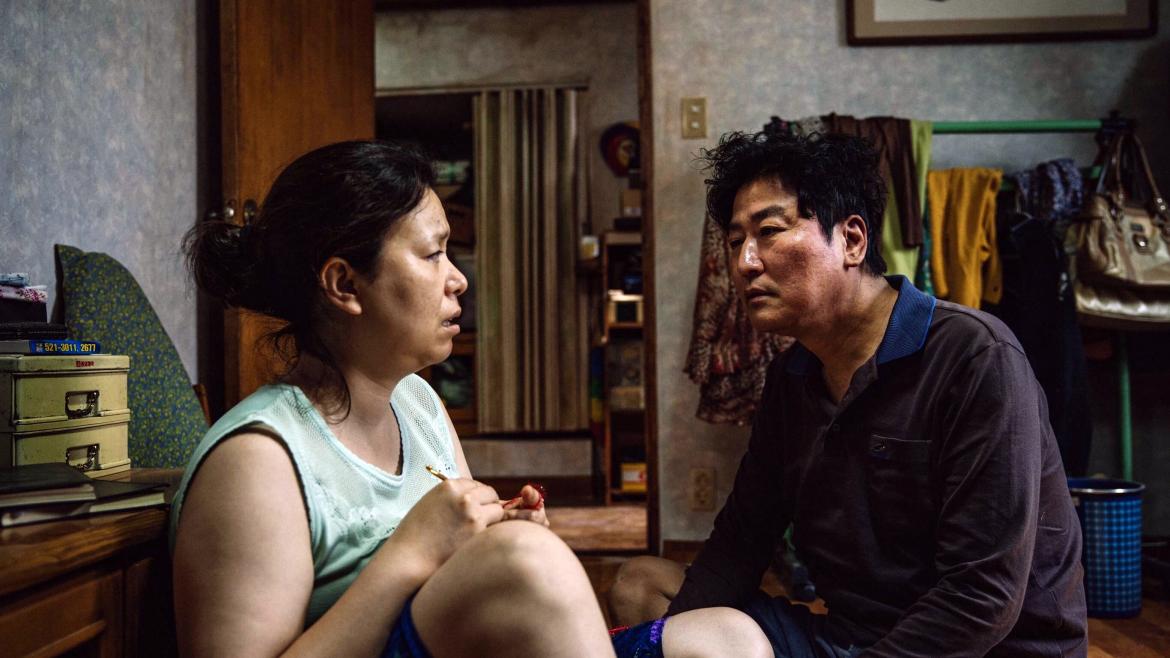 Has 5 months in the past ever felt further away than February 2020? To put it in perspective, we were talking about a new virus spreading throughout China. It looked like Bernie Sanders might have a real shot at the nomination. There were actual sports being played. All of these things feel like they happened in February 1820. But also in that month a little film called Parasite won Best Picture.

Parasite is a film that feels as relevant today, as it did in 2019, as it will in 2038. It’s a film that distills the conditions and positions of humans in a horrific hierarchy; translated and processed through the lens of outrageous comedy, devastating sorrow, and blood soaked terror through the eyes of multiple characters. Director and writer Bong Joon-ho pulls everything together in a dazzling juggling act while ensuring audiences feel and experience a single coherent story.

If you are one of the people who hasn’t seen Parasite it tells the story of two families; the poor and desperate Kim family and the wealthy Parks. Kim Ki-taek (Song Kang-ho) is the seemingly carefree patriarch. Chung-Sook (Jang Hye-jin) is the energetic and capable mother. The two children are Kim Ky-jung (Park So-dam) the incredibly capable, crafty daughter and Kim Ki-woo (Choi Woo-shik), the son and brains of the operation. Then there’s the rich and privileged Park family. Headed by Park Dong-ik (Lee Sun-kyun) and the naive wife Choi Yeong-gyo (Cho Yeo-jeong). Their sweet daughter Park Da-Hye (Jung Ji-so) is studying english and Park Da-Song (Jung Hyeon-jun) is their eccentric, bratty and ill mannered son.

At the surface Parasite is a sort of comedy of errors with an upstairs/downstairs satirical structure. The Park family is conned by the Kim family, integrating themselves into their lives by pretending to be a domestic caretaker, driver, and tutors. The Kims are seen feeding off the richer family’s fortune by exploiting their aloof comfort with their station. But, like any lie, things begin to crumble and the audience witnesses all there is to be seen beneath the surface as the facade is chipped away little by little.

What makes Parasite stand out is that it hits every note perfectly in a tidal wave of emotions that continually pulls the rug out from under you until you are left unsure what to feel or who you identify with. It could rightly be described as hilarious, horrific, depressing, uplifting and shocking. The film lands each note with a flurry of effective gut-punches that leave you breathless by the end.

We laugh with the Kim family, cry with them and see all of their flaws. And we revile the Park family for their indifference, feel sympathy for their naivety and are devastated by the horror every member experiences.

Incredibly well acted, directed, written and realized, Parasite is a film that shouldn’t be missed by anyone.