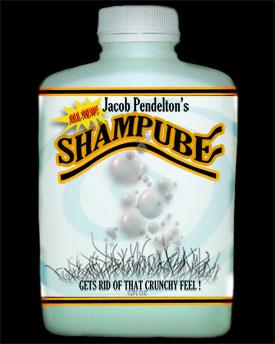 Editing is an extremely important process. Regardless of how good you are at something, your first pass will always benefit from some additional thought and refinement. Editing becomes especially important when most of the creative process is handled by one or two people. Often times, low budget films fail because so much of the creative process is handled by a select few individuals, and they become far too attached to the end product to let anything go, or can’t step back and realize what does and doesn’t need refined and tweaked. Ironic as it is, often times it is the independent filmmakers love for their work that ends up killing it. “Mourning Wood” is obviously a labor of love. Unfortunately for the filmmakers, this film needed a lot more tough love before it should have been let loose upon the masses.

For a film that sounds so straightforward, “Mourning Wood” quickly becomes a convoluted mess once the plot kicks in. The film revolves around a group of friends in the small town of Slutton, Texas (there are a lot of shitty innuendos in this film, prepare yourself). Slutton’s economy is seemingly driven by three individuals, used car salesmen Texas John and Texas Joe and infomercial salesmen, Dr. Pendleton. During an extremely drawn out monologue, we are told that the three men entered into a business deal and Dr. Pendleton screwed over the two car salesmen. Later, one of the two disappears (his last name was Wood, so the town is literally mourning the loss of Wood, hence the title) around the same time a part bigfoot, part giant cat monster shows up in the woods. As if that wasn’t enough for poor Slutton, Dr. Pendleton’s latest product, a nether-region shampoo called “Shampube”, appears to be turning residents into mindless, humping zombies.

Yeah, if you’re thinking “what the hell?” after reading that, so am I. This film makes absolutely no sense. There’s obviously an idea in here somewhere, but the exposition is so poor and so clunky that it never comes together. Now, if there was some editing here done by someone not so intimately involved in the writing process, this could have been avoided. Unfortunately, that doesn’t seem to be the case. Something was totally lost in translation from the script to the screen here. And as a general rule of thumb, if you need a six minute monologue/montage at the beginning of a film to set things in motion, you’re doing it wrong. Simply dumping everything the audience needs to know to understand the film all at once will never work, especially when so much of it is extraneous and never really explored in the main focus of the film.

Not helping things are the multitude of montages, fake commercials and non-sequiturs throughout this film. I counted no less than six montages here, which I’m pretty sure is how many montages are in the entire “Rocky” series. Now, unlike most montages which serve to compress time, the montages here are mostly just flashes of various things happening. Zombies are attacking the town? Let’s show it in a montage! Main characters are getting high? Let’s do a montage! Instead of speeding things up, the montages slow things down and kill the pacing. Add in multiple commercials/infomercials, and I’d be willing to estimate that a solid one-third of this film is composed of non-sequiturs. It really, really needed cut down and filled with solid exposition and focus.

On the topic of these commercials and infomercials: “Mourning Wood” is a painfully unfunny film. I don’t know what demographic the filmmakers were shooting for, but I have a hard time thinking anyone can find the nonstop barrage of dick, fart and cum jokes in this film funny. Eight year olds might find this sense of humor funny, but what eight year old is going to watch this? Making matters worse, the jokes are repeated incessantly throughout the film, making sure that even if you found them funny once, you’ll be groaning by the end. I get it, the infomercial guy made an anti-fart spray, you don’t have to remind me every two minutes.

Now, I know that the budget for this film was super small, so I can’t be too hard on the special effects or other expensive touches. However, no matter how small the budget is, there is no excuse for a film to be this sloppy. As there are numerous infomercials throughout this film, there’s a fair amount of text on screen. And there are a lot of horribly obvious typos. You know that scene in “Commando” where Arnold trashes a car during a chase sequence, smashes it into a phone pole and then in the next shot it’s fine? Yeah, there’s something like that here. Oh, and speaking of cars, if you’re setting the film in Texas, make sure to hide the Massachusetts license plates.

There is a sole bright spot in this film. The credit sequence is all done in claymation, which is really unique and well done. After watching it, I had high hopes for the film. Unfortunately, that was the only thing I liked, but it bares mentioning.
SPOILER ALERT: I can’t help but feel like I got trolled by this movie. At the end, we find out that most of what we’ve watched has been an entry for a short-film contest, and that the protagonist has been showing the film to a critic. The critic then proceeds to give a very brief review, that pretty much matched my thoughts exactly. The filmmaker than calls the reviewer out, asking who is he to judge, and claiming that it’s “all about the story.”

And that’s where this film fails so spectacularly. If it was “all about the story”, why is the story a jumbled mess? Why is the sense of humor so painfully juvenile and repetitive that you’ve alienated almost 100% of the viewing audience? Why would you so lucidly point out every major flaw with your film and then brush them off with a “you just don’t get it man” kind of excuse? And even though your film is super low budget and will obviously suffer from amateur acting and special effects, why would you not think to at least spell check some of your graphics? It pains me to say this because the love the filmmakers have for this film is so apparent, but this film is sloppy, meandering, immature, painfully not funny and ultimately not worth your time. That's the tricky thing about love, sometimes it just ends in a nightmare.