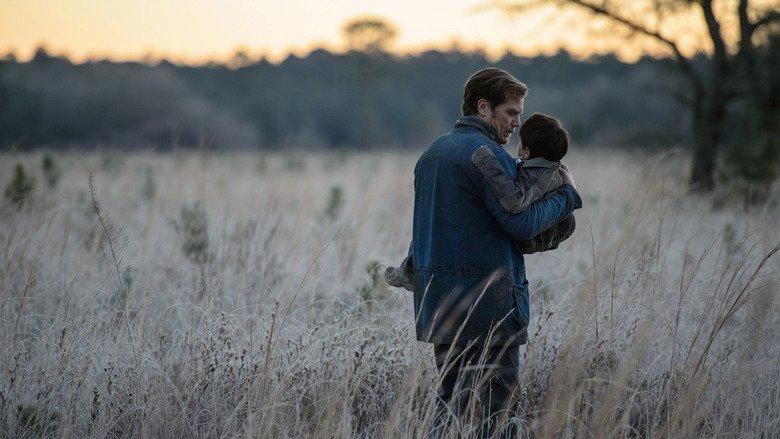 The diversity of narratives that genre films can offer allows them to craft typically far reaching storylines with a human, emotional core. Of course, creating a script that encompasses this that can be adapted to film has been attempted, but not often successfully. Director Jeff Nichols has exceled in this gray area, with his subtle apocalyptic story of Take Shelter. Whether tackling the complexities of impending danger or the criminal past of a man on the run with Mud, Nichols relies on the human narrative to drive his stories. His latest film, Midnight Special, harnesses his humanistic approach and drives it into a world where science fiction occurrences are as real as the hearts beating in the character’s chests. While the pacing of the film is in the same vein as Nichol’s other films, Midnight Special takes a departure from weaving a clear narrative in order to craft something much more intimate and alluring for the viewer.

Alton Meyer (Jaeden Lieberher) is seemingly missing, abducted. The young boy, who once found his home in a Jim Jones-esque cult, is on the run with his father Roy (Michael Shannon) and ex-police officer Lucas (Joel Edgerton) from the cult’s clutches. While running seems to be the groups’ purpose, there is a greater desire that drives them all. Alton is no ordinary boy. Endowed with visions from an alien race in the form of blue light emitting from his young eyes, Alton is seen as both a messiah to the cult and a foreign threat to the United States government. NSA agent Paul Sevier (Adam Driver) is also looking for the boy as he may hold information that could drive his journalistic career forward.

The driving force behind the strength of Midnight Special is Nichol’s ability to craft engaging and relatable characters. The script never relies upon needless or pandering dialogue to forge the relationships between Alton and his parents. Instead, Nichols directs the actors to express their love, frustration, fear, and joy with one another through simple glances. It not only shows the strength of the simple narrative, but also the abilities of the actors involved. For a story that revolves around a young boy that others see as a “messiah”, it was imperative that Lieberher perform in a mature and understated manner. Thankfully, the young actors skills are apparent as he navigates often-complex emotional moments with ease and a talent level that matches the already seasoned likes of Michael Shannon, Joel Edgerton, Kirsten Dunst, and Adam Driver.

The difficult part of the film comes down to the flow of the narrative. It’s not vastly different from the format that Nichol’s is known for; the greater focus on character and small moments that equal a larger pay off. However, the sci-fi elements remain small throughout the film until the final moments that delves into an over the top conclusion of what had been shown before. It doesn’t ruin the film, but it is definitely a choice that will divide audiences. Driving into clear genre choices can be a dangerous decision, but thankfully Nichol’s character building and subtle storytelling will provide an experience that audiences can enjoy for most of the run.