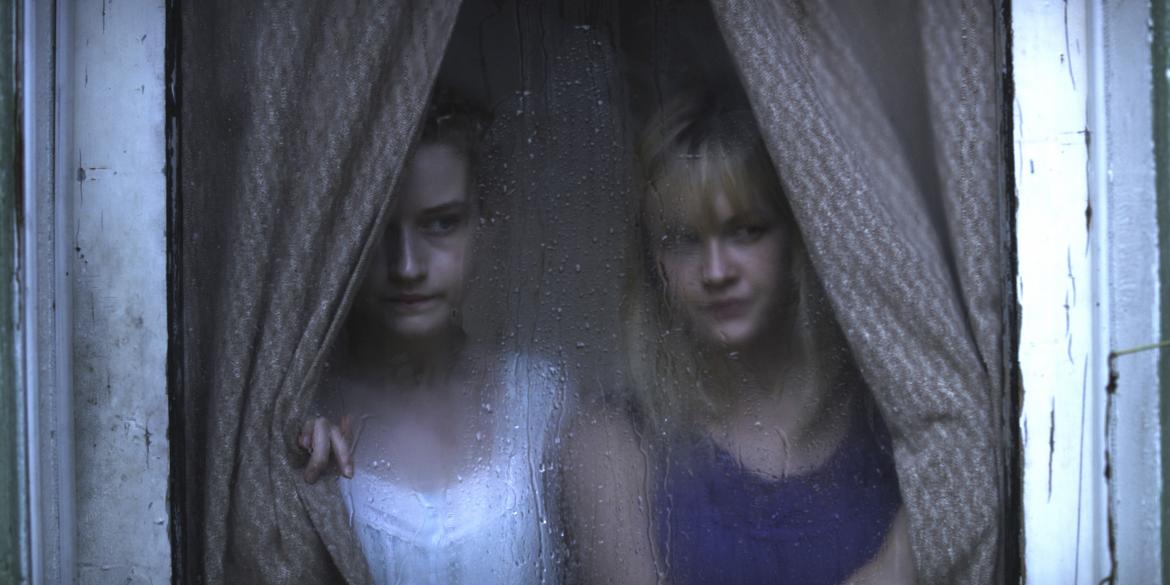 We Are What We Are (Movie Review)

A woman carefully navigates a torrential downpour as she pulls into the kind of hardware store in a kind of town where everyone has known everyone for most of their lives. It’s also the kind of hardware store that specializes in game meat processing for extra flavor. She procures a flashlight, a length of rope, a metal pipe and other materials that would perhaps raise a few eyebrows should this kindly appearing woman be a grizzly transient. But the woman doesn’t appear well. Her hands shake and raspy, blood-splattering coughs rattle from her throat. Passing a community board displaying a missing persons poster the woman becomes morose. Her coughing and muscle spasms intensify.

A remake of Jorge Michel Grau’s Somos lo que hay, We Are What We Are is the dread soaked rendering of a long-standing religious tradition of one particular family. We come to learn the woman in the prologue was Emma Parker. Emma, along with her husband Frank (Bill Sage) and their three children, Iris (Ambyr Childers), Rose (Julie Garner), and Rory (Jack Gore), had been participating in a religious fast originating from the bible of 19th century relative Alyce Parker. But as the end of the fast approaches Rose and Iris become increasingly anxious as Iris cryptically assumes responsibility for ending the fast. Frank’s behavior becomes more erratic, violent, and masochistic and we begin to glimpse a suspiciously off limits cellar door. Meanwhile local physician Doc Barrow (Michael Parks) uncovers some surprising information about Emma’s health and nosey Deputy Anders (Wyatt Russell) assists Doc Barrow in searching for his missing daughter.

The ferocity with which studios have pillaged other genre material has resulted in a number of half backed, poorly received films. Glossier and grosser versions of recognizable material remains typical for nearly a decade. However, director and co-writer Jim Mickle (Stakeland, Mulberry Street) has thankfully ignored the conventional wisdom. Mickle approaches the material in a way that foregrounds character and theme, slowly intensifying tension before revealing terror. As such, the film becomes less about the horror of violence and its effects and more about the process of becoming monsters ourselves.

Spoilers until the last paragraph.

As the end of the fast approaches we learn through Iris’s reading of the bible that the family has been kidnapping and cannibalizing young women in the surrounding community for centuries. The tradition has its roots from a desperate winter during which Alyce’s father Mathias chose to kill their traveling companies in order to feed his family. Eventually the Parkers are required to consume their own mother, Alyce given instruction to harvest the meat as Mathias finds himself incapable. Following these events the Parkers come to claim themselves as people ordained by God to commit these acts. (“God chose us to be this way”). As such it is now Iris’s time to kill and harvest their next feast.

By dramatizing the actions of Mathias and Alyce, Mickle makes clear the level of deluded psychosis the Parkers required to cope with the violence they committed. The ritual of cannibalism maintains its hold on the family ostensibly because it was first the family that was cannibalized. The inference being that in order to cope with violence inflicted inwardly the act had to be ritualized and made fundamental to their being. It could not be helped. The Parkers in turn rewrite and reinterpret a supposedly divine text to give their behaviors and actions complete immunity. We see here then a family that is both fundamentalist and suffering from centuries old psychosis. By grafting violent fundamentalism and questions of mental health onto the Parker's actions Mickle is effectively constructing a microcosmic conflict that addresses some of our most present fears.

We Are What We Are is not only a compelling parable but it also succeeds in its command of tone. Refraining from overly stylized camera and editing work the film approaches its subjects with a naturalistic style that further accentuates the level of psychosis with which the Parkers operate. The atmosphere is thick but painted with slight touches like flat greys, light oranges, and soft lighting. Performances from Childers and Garner are exemplary as the two young women navigate some complex psychological and physical challenges that could easily have been played as any other typical horror victims. Rather, the sisters convincingly embody states of rebellion, resignation, rage, and complicity simultaneously.

While the film adeptly juggles its characters and refrains from becoming too convoluted in its multiple mysteries, I also couldn’t help but be left with the impression it has too much on its mind at times. This becomes particularly apparent during the film’s climax. The moment seeks to be a shockingly erotic reveal of some sublime, violent truths. The moment certainly works viscerally but the level of literal metaphor it encroaches on goes slightly over the top. And while I found the film’s resolution to be convincing and unsettling in its implications it also feels slightly too convenient in the arc it draws for the Parker children.

In time We Are What We Are may come to be seen as a film that directly speaks to some of our most concurrent, actual horrors. And though the film may not have a full answer to the questions it proposes I found being captivated by its musings. The film is accomplished in its tonal qualities and the performances across the board is strong making this one of the most accomplished horror remakes to come out in the last several years. Indeed, the film cements Mickle’s place as one of the most promising horror filmmakers working today.