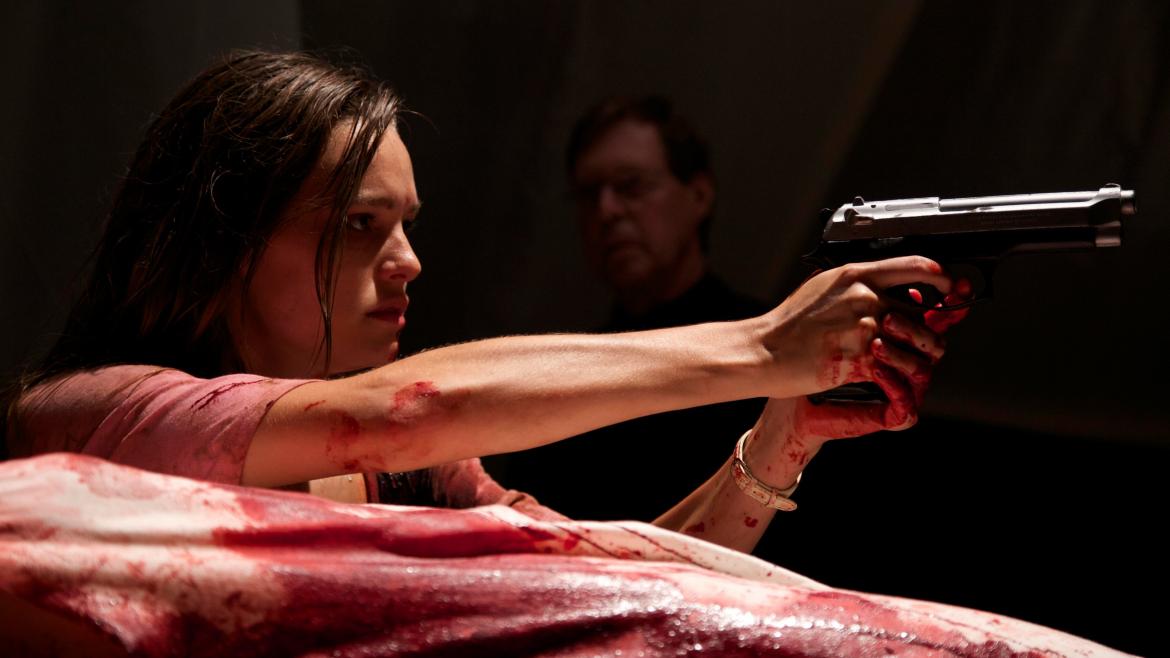 "Better than it had any right to be," a common phrase used to describe movies with wild or overblown plots, but perhaps most commonly used for everyone's favorite type of movie...a remake. It is at the risk of over extending the old cliché, and die hard fans of 2008's French extreme horror flick that the Goetz Brothers' Martyrs remake is, in this reviewers opinion, better than it has any right to be.

Leading the charge in the first of two solid performances is Lucie (Troian Bellisario) who as a young girl was kidnapped and tortured for an undisclosed period of time before escaping to an orphanage where she meets Anna (Baily Noble) and the two form an unshakeable bond. A decade passes when one day Anna receives a call from Lucie who indicates she has located the people who took her hostage and is seeking revenge. What follows is an experience that tests their bond and changes them forever.

Let's face the facts, the 2008 original has absolutely zero mainstream appeal, which is just one of the many head scratching aspects that begs genre fans why a remake was even considered. Then Jason Blum jumps on board and though his producing credits are of mixed quality, he's put his name on some truly great genre efforts over the years- and some that have proved to be quite lucrative at the box office. Yet, even with the tumultuous road that's lead to the release of the remake the fact remains that the Goetz Brothers gave it the ol' college try.

At its heart, Mark Smith's script follows in the footsteps of the original, but with a greater focus on the relationship between Lucie and Anna. It's only until a very specific turning point (approximately half way through) that this Martyrs begins to carve its own, but still very similar path. The Goetz Brothers opted to adhere to the original's incredibly bleak and relentless tone, but with a fraction of the violence. Still, even being as watered down as it is, it's doubtful this even remotely qualifies as PG-13- no rating was specified prior to screening.

Though a significant chunk of the original's non-stop torture sequences have all but been eliminated, it still remains to be seen what type of audience the Goetz Brothers had in mind. Fans and haters alike will still find that Laugier's vision is still the most pure and that Smith's script all too often hammers viewers over the head with its themes- going so far as to eliminate any moments to ponder at the end in favor of a more obvious and emotionally resonant ending.

Much of what made the original what it was is lost in translation. The Martyrs remake waters down and over simplifies high minded shocks that Laugier inflicted upon the genre just seven years prior. Even still, Martyrs is an objectionably good, bordering on average film, all the while truly failing to justify its existence.