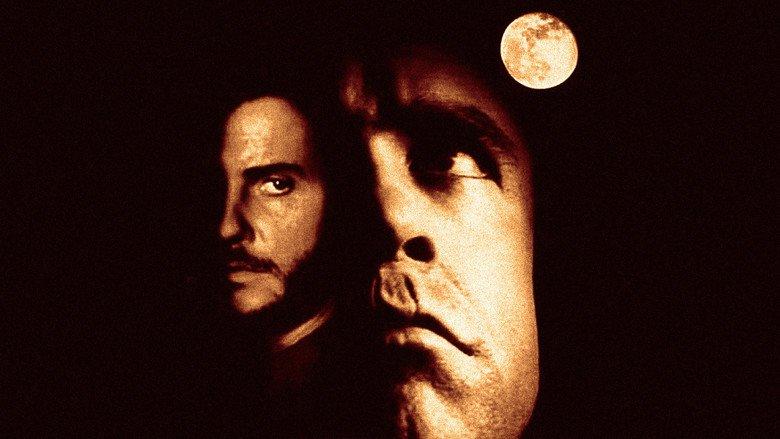 The introduction of Hannibal Lecter through the medium of film surprisingly happened long before the cultural hit The Silence of the Lambs landed in theaters. A performance, made famous by Anthony Hopkins, that created a horror icon owes some groundwork to Michael Mann's Manhunter. The film is an adapted version of the Thomas Harris "Red Dragon" novel that begins the Hannibal Lecter saga. Despite being a strongly written character, the infamy of Lecter was not born within the film. The reason for this could be contributed to the fact that the "real" Lecter had not stepped into the role, but its clear that Mann had more on his mind in his adaptation than just this antagonist. Manhunter is Mann's interpretation of a serial killer story that treats its protagonists as importantly as its villains. It delves into the vague morality of those that pursue the killers, creating a parallel between the evil and the good. While stylistically the film creates a memorable viewing experience, there are missteps that hinder its potential to become the definitive crime drama it so desperately was seeking to become.

Detective Will Graham is a veteran when it comes to catching high-profile killers. His efforts in catching Hannibal "the cannibal" Lecter put law enforcement and public citizens minds at ease, that was until a new threat emerged. The Tooth Fairy, as the police began to refer to him, was stalking various families in order to break into their homes and murder them. The connections between the families was unknown, other than their occurrences happening during a full moon. Will Graham is brought in to calculate the motives of the Tooth Fairy due to his experience with the more reclusive killers and, unbeknownst to law enforcement, his inner struggle with rage. Graham feels himself equally sympathizing and despising the unknown killer which creates conflict in his tattered family ties. Seeking advice from his captured Lecter, Graham decides to delve as deeply into his dark psyche in order to parallel his thinking with the Tooth Fairy before more killings occur.

The film is a clear Michael Mann project through and through. There is more of a focus on style rather than story, which does not indicate a lack in plot, but rather proves that the issues within the film are apparent. Scenes bathed in striking blue hues may create a visceral viewing experience, but the development of the characters within the scene remain as static as the camera that captures its wide shot. Characters like Graham aren't given a complete contextual understanding for the viewer which makes some of his decisions feel forced and out of place. When he begins to sympathize with the Tooth Fairy, it feels like a betrayal of the plot's trajectory. There must be an accounting for the acting of Will Peterson who plays Graham as he does not completely sell the internal struggles of the character that are clearly supposed to be apparent. On the opposite side, Tom Noonan's portrayal of Francis Dollarhyde, the Tooth Fairy, is what makes the film compelling. He effectively sells the humanistic side of his character while also embracing the dark and twisted side of a killer. In turn this creates an awkward experience for the viewer that finds a more human character in the murderer rather than the police detective charged to stop him.

Mann utilizes certain pacing choices in order to engage the viewer that make the film intriguing. The reveal of who the Tooth Fairy is has become an iconic scene on its own, thanks in large part to Noonan's performance, but also due to Mann's choice of revealing him after certain facts about him had been addressed. A POV kill begins the film, informing the viewer of the urgency needed when the killer was present, and his psyche discussed in order to further demonize him. It makes his reveal that much more chilling and truly sets the second act on fire. The missteps with pacing fall, again, onto Graham's scenes. The attention given to his internal struggle feels forced and unnecessary, especially after Noonan's reveal, and is not aided by additional scenes of Graham's family avoiding contact with him. The final scene does bring all of the tension to a head, but that's in large part due to Mann's stylized filming and not to the writing.

While Manhunter is indeed a very well constructed and enjoyable film, Mann seemed to have higher aspirations for it. The greatest take away from it: combining the strong script, acting, and pacing of The Silence of the Lambs with the beautiful yet terrifying filming style of Manhunter would be a juggernaut of a film.