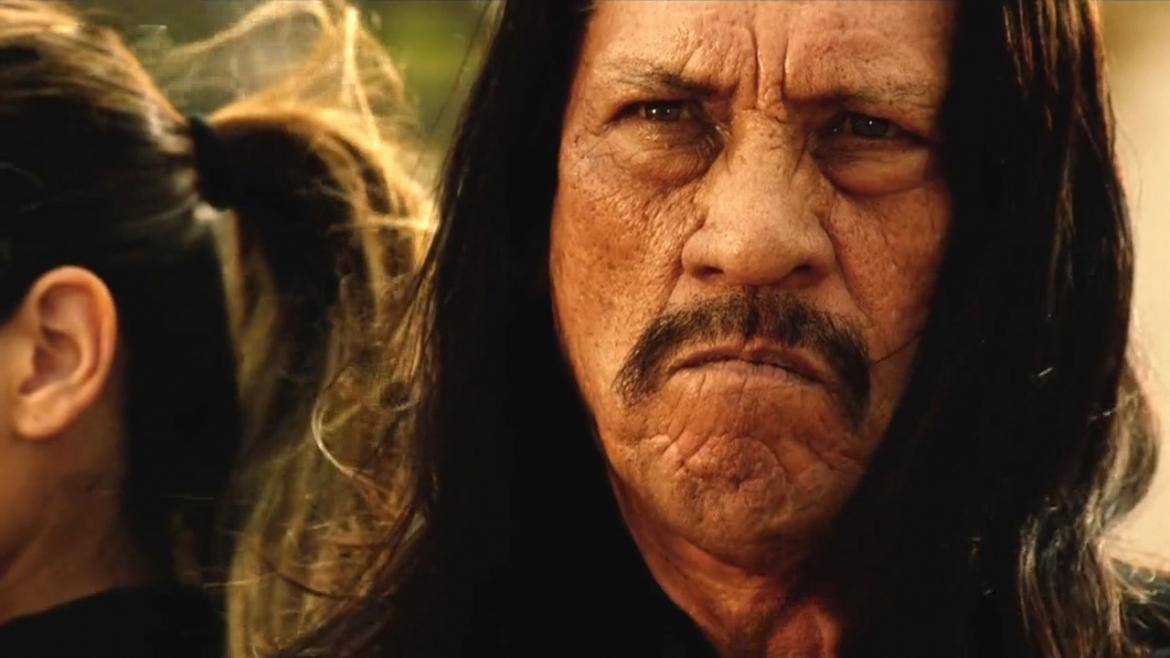 Machete Kills, the sequel to Robert Rodriguez’s 2010 B-movie action lovefest Machete, begins in an unorthodox way: with a trailer for its own sequel. Of course, nothing about the franchise – which was born as a sub-three-minute fake trailer at the top of Grindhouse and expanded into a pair of hundred-minute-plus features – fits the bill of orthodox. The problem with this – besides the inherent spoilers – is that the intended third sequel, called Machete Kills Again … In Space makes another terrestrial Machete film, with its border disputes, gun battles, and racist rednecks, feel rote in comparison.

Not that the change of scenery will make the as-yet un-filmed third part a winner. The story of Machete so far is “fun trailer, blah movie.” With Machete Kills, it’s clear Rodriguez still hasn’t figured how to make this concept work as a feature. It’s still too long; it still feels like a collection of set pieces and gags with a razor thin story connecting them. This time, Machete (Danny Trejo), is dispatched to stop a Mexican revolutionary (Demian Bichir) with split personalities who has a missile pointed at the United States – which, oddly enough, has walled itself off from Mexico. Along the way he’s helped/hindered by a colorful collection of characters, including a face-swapping hit-person called El Camaleon, a beauty queen/secret agent (Amber Heard), and a corrupt businessman/huge Star Wars fan (Mel Gibson).

In between the big shootouts and the outlandish characters, Rodriguez is stretching. We already hit on some of the Machete plot points he reuses here, but he also redoes the “Tabloid Celebrity Playing Out-of-Character” gimmick he used previously when he put Lindsey Lohan in a nun’s habit. This time he has Charlie Sheen playing the president, a full year or so after Sheen jokes stopped being funny.

It’s not just the first Machete film Rodriguez is rehashing, but many of the films from throughout his career. El Camaleon’s disguises are a souped-up take on Sands from Once Upon A Time In Mexico and the brothel full of murderous ladies of ill-repute (this time led by Sofia Vergara) is borrowed from either Sin City or From Dusk Till Dawn – take your pick.

The worst part is, Machete Kills has lost the edge of part one. For some reason, Rodriguez has toned down some of the franchise’s more exploitation-y tendencies. By time the movie takes an absurd, 70’s era Bond detour through sci-fi in the third act, it’s too late. Whether Rodriguez follows through with an entire Machete flick in space remains to be seen. After two unsuccessful attempts at turning his cool trailer character into a feature star, maybe it would be better to, finally, leave it alone and embrace what made Machete work so well to begin with – brevity.