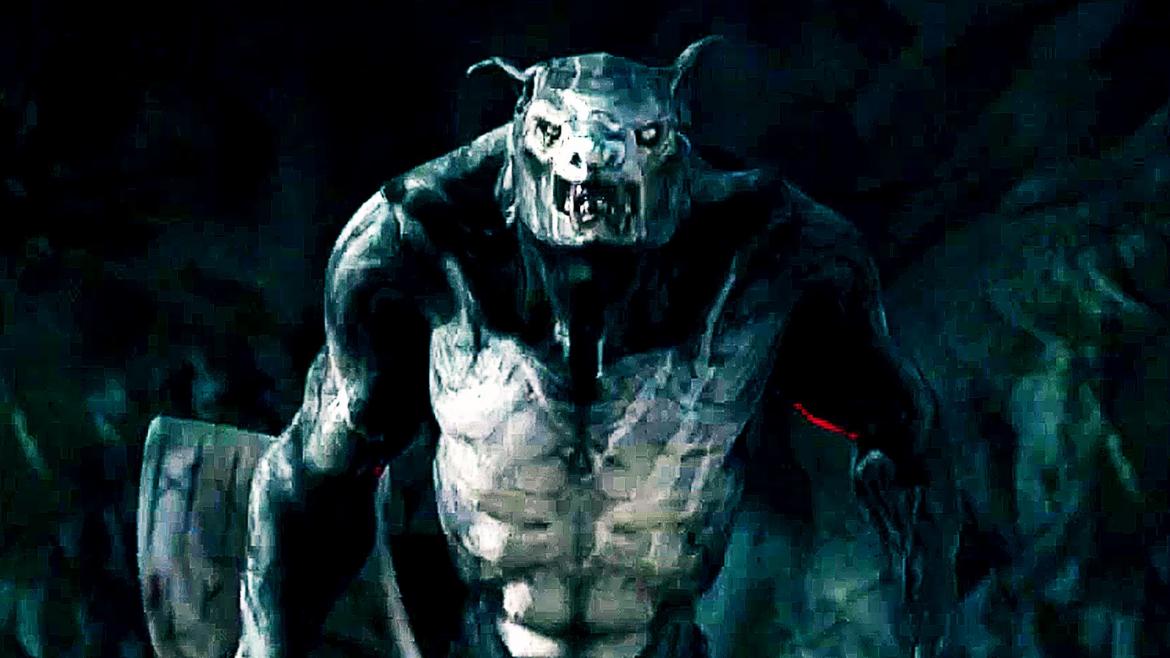 The DVD cover of Little Dead Rotting Hood boasts that it features Ouija's Bianca A. Santos as if it's something to be proud of let alone comforting for the viewer. That glaring misconception of quality is a pretty telling indication of the quality of film we are dealing with here. Add in the cover's generic sexualized design and the fact that the film comes direct from The Asylum and you can pretty much color in the rest of the picture here.

Santos does indeed "star" as Samantha, a young woman  walking through the woods on her way out to see her grandmother when she is violently attacked by a wolf. Her grandmother suddenly appears and bestows upon her the burden (red hood and all) of protecting a nearby town from the wolves of the forest- wolves that have a thirst for blood and are controlled by the mysterious den mother. Samantha is buried and reincarnated as part human, part wolf, and part zombie and must work together with local sheriff, Adam (Eric Balfour), and a close friend to save the townspeople from being ripped to shreds by the den mother's army of wolves.

Putting it out on front street, Little Dead Rotting Hood is not a good movie. It makes absolutely no sense and it doesn't even sniff anything close to resembling anything of quality. The script is stitched together with scraps of unwanted over-used elements of other movies- most of them of questionable quality as well. Santos seems ripped primed for a future in daytime soap operas, while Balfour seems to be trying to pull off his best Clint Eastwood grizzled cop persona. The only real bright spot in the cast is Patrick Muldoon who appears to know the movie he's in is crap, so why not have fun with it.

Perhaps worst of all- or best depending on where you come at it- is the special effects. There are a few moments of okay practical gore effects, but they are overshadowed by terrible CGI blood and quite possibly one of THE worst werewolf designs in the history of werewolf movies. The CGI and transition effects are so god-awful they make Twilight: New Moon's effects seem Oscar worthy.

There's no shortage of bad direct-to-video horror movies out there- the same applying to werewolf movies. However, when it comes to making that crucial decision of the best way to waste an hour and a half just know that time could be used to take a nice relaxing deuce. Even that might be more entertaining, and better looking than Little Dead Rotting Hood.