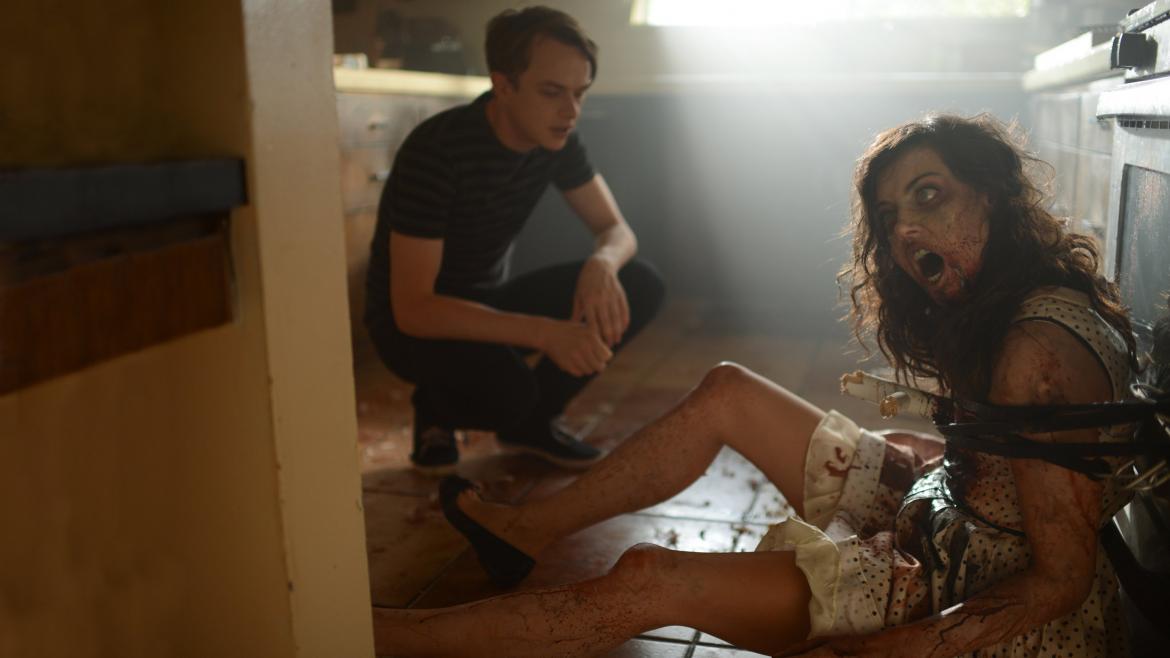 A good actor in a bad movie is really nothing new- just ask Nicholas Cage. Yet, there’s a difference between a good actor putting in a bad performance and a good actor doing what he does well, but in the wrong movie. Life After Beth takes the capable dramatic chops of Dane DeHaan and throws him in the middle of a comedy. Except it’s possible that DeHaan didn’t get the memo and the result makes for quite the downer.

DeHaan, who has held his own amongst some of Hollywood’s best so far in his career, stars as Zach. Not surprisingly, Zach is distraught over the sudden death of his girlfriend, Beth (Aubrey Plaza). So distraught that his cloying sorrow makes almost every scene in the early going downright depressing. Things take a turn when Zach discovers that Beth’s parents (Molly Shannon and John C. Reilly) are harboring a shocking secret- Beth is still alive…sort of. Determined to rekindle their love Zach overlooks Beth's deteriorating appearance and escalating appetite for human flesh even while the city around them descends into chaos.

Life After Beth’s central hook plays out kind of like a reverse Warm Bodies. Whereas Warm Bodies is a zom-rom-com of a girl falling in love with a zombie that’s slowly turning human, Life After Beth is a zom-rom-com of a boy who loves a girl who is slowly transitioning into a bloodthirsty zombie. It’s the event surrounding Beth’s sudden reanimation that is more interesting and entertaining than almost everything else in Jeff Baena’s feature film debut. Baena’s main misstep being the unfortunate miscasting of Dane DeHaan- an actor with absolutely no comedic sensibility, is unsure of what type of movie he’s in, and has no romantic chemistry with Aubrey Plaza.

With DeHaan wallowing in melodrama the supporting cast is tasked with picking up the slack and unfortunately they just aren’t given enough screen time to do so. The last act of the movie lets Reilly, Shannon and Plaza make the best of what’s given to them and it’s just never enough to pull the film out of the muck. There’s no consistency by way of tone or jokes and there’s no emotional anchor to care about Zach’s attempts to salvage his troubled relationship with Beth. With no clear direction and nothing interesting to say this movie is a wobbly mess right out of the gate and face-plants long before the finish line.

Though it seems impossible, Baena does show signs of potential here and there. The glimpses are fleeting at best, but they are there- mostly during the finale. All in all, misguided casting, bizarre tonal shifts, and half-baked attempts at anything resembling emotional payoff make Life After Beth an exceptionally lackluster film debut.