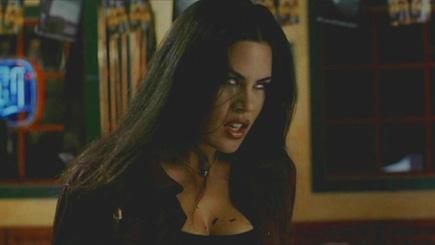 Legion of the Dead (Movie Review)

German-born effects wizard/gorehound extraordinaire Olaf Ittenbach's incredibly violent stoner comedy "Legion of the Dead" is a very tough nut to crack. It's as aimless and nonsensical as motion pictures come, and from what I can tell, it was designed that way on purpose. Every single gob-stopping second of this one-of-a-kind cinematic experience is an unmistakably epic miscalculation, but for reasons that remain utterly bizarre, I honestly didn't want to the damned thing to end. Is this a testament to Ittenbach's inherent genius, or am I just an easy-to-please movie geek with too much time on his hands? I'll ask you not to answer that question in my presence.

"Legion of the Dead" appears to have been conceived after drunkenly consuming a large quantity of Quentin Tarantino, Robert Rodriguez, and Kevin Smith movies over an impossibly short amount of time. The film opens with a particularly insensitive observation about male and female genitalia, an intellectual stink bomb that's topped by an appropriately dimwitted remark about the female species as a whole. It's a throwaway scene, to be sure, but it nimbly sets the tone for all of the empty-headed shenanigans to come. If you're searching for a method to Ittenbach's madness, this is, I suppose, the place to start your investigation.

At it's core, "Legion of the Dead" is just another road movie, a simple tale of two men and their quest to arrive at some jerkwater town in the middle of nowhere for no discernible reason. Running parallel to their misguided adventure is a seemingly unrelated tale chronicling a different, yet oddly similar, set of gentlemen sent to recruit for an organization called the Legion. Joining up is relatively simple: Die painfully, and patiently await resurrection. The army's purpose, of course, is eventually revealed, though I'm not entirely sure if you'll completely understand the specifics. Don't feel bad, because you're certainly not alone.

After 70 minutes of blood-soaked slapstick comedy and an enormous pile of pointless dialogue, these multiple storylines casually mingle inside a dingy roadhouse populated with an interesting cross-section of cultures and nationalities. It's a very nice tribute to (read: ill-conceived knock-off of) the Rodriguez-Tarantino collaboration "From Dusk Till Dawn," right down to the chaotic shoot-out and the morphing, plasma-sucking monsters. Some might say this is only sequence in the entire picture that's worth a damn, but I beg to differ. Strongly.

The beauty of "Legion of the Dead" lies in its inability to get anything right. Nothing makes a lick of sense, even when the script attempts to explain plot elements that are, for lack of a better word, baffling. Not once does this feel like one cohesive picture; were Ittenbach to admit that he'd taken the best sections of four completely separate stories and haphazardly stitched them together at the last possible second, I wouldn't be the least bit surprised. How else do you explain the inclusion of an apple sauce-spewing serial killer, a suit-sporting alcoholic with unaddressed self-mutilation issues, and a martial arts expert who doesn't take kindly to the phrase "soup boy?" I dare you to try.

A word to the wise: Avoid the Artisan Region 1 DVD release at all costs. The movie has been butchered beyond belief, and, in the process, completely neuters any impact it may have on its audience. To add insult to injury, the print used is unforgivably grainy, washed-out, and, worst of all, formatted to fit your old full-frame television. If you have any interest in this zany little masterpiece whatsoever, do yourself a favor and track down the director's cut. This version may live on the expensive side of the proverbial tracks, but it's definitely the only way to roll.

For what it's worth, "Legion of the Dead" is an enjoyable yet brain-jarringly bumpy ride that doesn't seem to take itself too seriously. Is it stupid to its rotten, inky black core? Yes. Is it frequently confusing an completely indecipherable? Of course. Is it light on story and heavy on violence? I wouldn't have it any other way. Approached with the right attitude, Ittenbach's nod to independent American motion pictures from the mid-90's is, if nothing else, thoroughly amusing, especially if you've seen all of the films that inspired this messy cinematic gumbo. B-movie fanatics and bad movie junkies will no doubt openly embrace the madness contained within. The rest of you, on the other hand, will shake your collective heads and wonder what in the hell is wrong with me.