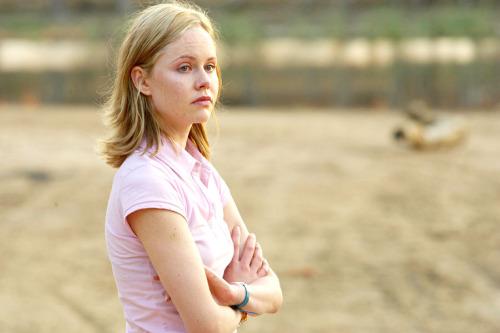 Let's be realistic: Most horror fans aren't going to enjoy writer/director Joel Anderson's creepy 2008 pseudo-documentary "Lake Mungo". For obvious reasons, the film will be hard for most to digest, due in part to the picture's History Channel aesthetic. If someone were to cleverly incorporate this movie onto PBS' program schedule, there's a very strong possibility that some people would believe "Lake Mungo" to be the real deal. Anderson and company have crafted an almost flawless impostor: a entirely fictional story brilliantly disguised as God's honest truth. This feat has been attempted by many, though none have come close to executing their visions with the style and grace of Anderson's eerie endeavor.

As such, those looking for a straightforward descent into madness and mayhem are probably going to be left scratching their heads in confusion. Unlike "The Blair Witch Project" and last year's success story "Paranormal Activity", "Lake Mungo" presents itself as the genuine article, complete with interviews with those who lived through these horrific events. To support the foundation for his deception, Anderson has included family photos, home videos, and a plethora of realistic performances, all of which add weight and dimension to the story. About halfway through the picture, I was almost convinced the damned thing was real.

The film chronicles the grief and heartache wrought by the disappearance of Alice Palmer, a sweet, likable "girl next door" who vanishes during a holiday with her friends near a mysterious location known as Lake Mungo. As the family attempts to put the pieces of their shattered existence back together, a series of strange events begin to unfold. Alice's brother Matthew claims to have video and photographic evidence that his sister's ghost is haunting their suburban home, a claim which his family views with much skepticism. Unfortunately, once the Palmers begin digging into their daughter's life and the reasons behind her departure, they discover that Alice's world was more complex than they'd ever imagined.

The true beauty of "Lake Mungo" is Anderson's refusal to employ cheap theatrics or tired genre conventions to elicit his scares. The foreboding atmosphere, combined with some truly unsettling footage, is enough to keep the all the lights in the house on for the remainder of the evening. The explanations for these bizarre occurrences are intriguing, as they give insight into how each family member is coping with the loss. Anderson never loses his footing in this department, a testament to the strength of his script and his ability to tell a horror story in a very non-traditional format.

As sharp and well-executed as these elements may be, the picture's strongest asset is its extraordinarily talented cast. There's not a single moment in the entire feature when the facade falters, and this, I think, is attributed to the incredible performances from the people he's chosen to populate his universe. Watching the Parkers' explain how their world came crumbling down in the aftermath of Alice's disappearance is as realistic as they come. Their respective breakdowns, as well as the manifestations of their grief, are handled with a surprisingly amount of heart and sophistication. Horror is rarely this emotional.

I'll be the first to admit that "Lake Mungo" isn't for everyone. If you're not the sort of person who enjoys the documentary-style programming you're likely to find on Investigation Discovery or The History Channel, the picture may seem more than a little stilted, not to mention extremely boring. Joel Anderson delivers the chills in an effectively subtle manner, and bravely allows the horror to build naturally as the story progresses to its inevitable conclusion. Nothing ever seems forced, out of place, or nonsensical, a fate which befell both "The Fourth Kind" and "The Last Broadcast". For those who love this sort of unconventional genre fare, it honestly doesn't get any better than this.