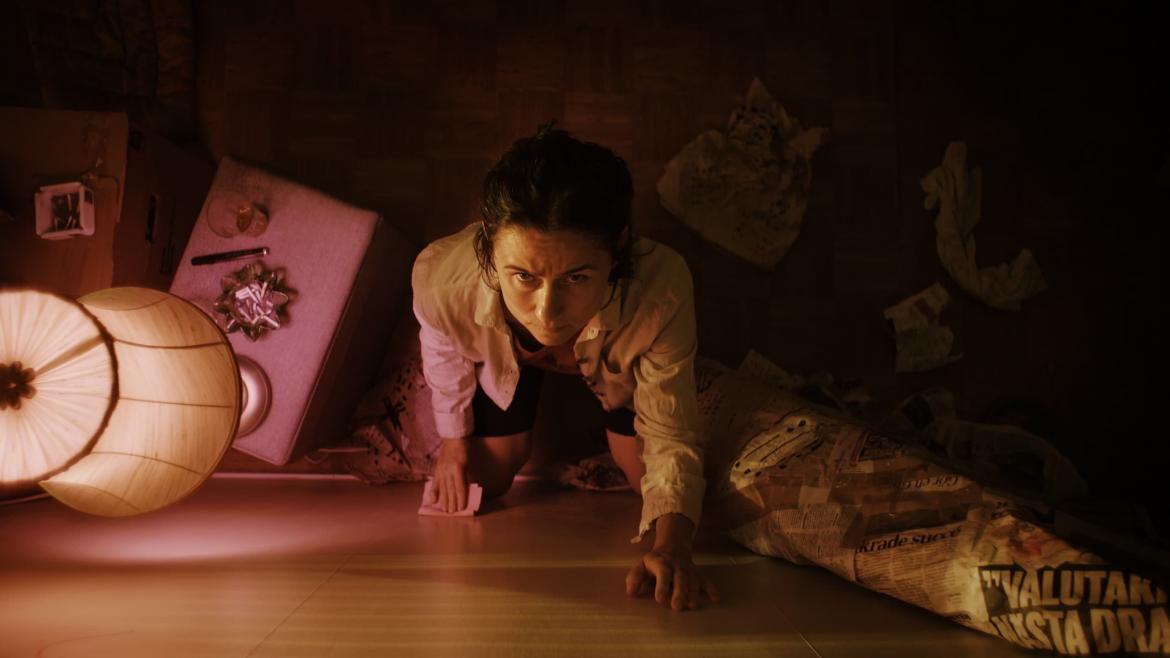 If you had asked someone ten years ago what it meant to “gaslight” somebody, they may have struggled to answer you, but as stories from perspectives outside of the “standard” cis, straight, white, and male gain more recognition, so too has a broader swatch of society come to recognize gaslighting and its use as a hegemonizing tool. It is no wonder that as society becomes more aware of the way that marginalized individuals are made to doubt their own experiences, that a term like gaslighting has become so ubiquitous.

We have seen several films that tackle this subject in recent years--Unsane or The Invisible Man are two noteworthy examples. Knocking, written by Emma Broström and Johan Theorin and directed by Frida Kempff offers another cinematic take on the subject. Or does it? The Swedish film follows Molly who hears a knocking sound in her new apartment. She asks her neighbors, she engages with law enforcement, but she can’t seem to find the source of the sound. It doesn’t help her case that, at the opening of the film, she is being released from a psychiatric institution for reasons that aren’t quite clear.

Knocking is an immersive experience. Molly has no support system in her new life, and her isolation is palpable, especially once the noises start. From the beginning, we are oriented within Molly’s subjectivity and we follow her everywhere. The camera is trained most often on her, and when it isn’t, we’re often seeing what she is seeing. As her mental state deteriorates, the cinematography becomes more erratic. In a Q&A following this year’s Sundance screening, Kempff and her cinematographer spoke about what they called the “healthy camera” at the beginning of the film, that slowly degraded into paranoia along with our hero.

The work of the camera and the narrative meet to create a viewing experience that is disorienting and stressful in the best possible way. We, along with Molly, keep hearing the sounds, but when she knocks on doors no one else seems to hear them. When she calls the police they find nothing. As we experience her mental state becoming more stressed and fragmented, we are unsure whether to trust her. She is an unreliable narrator, but one that we hope desperately will be vindicated, lest she be sent back to the institution where the movie began.

By completely drawing our perspective with the protagonist, the film requires a demanding  performance from lead actress, Cecilia Milocco. Milocco rises to the occasion with a grounded, enchanting presence. Knowing what we know about Molly’s potentially unstable condition, we are nevertheless drawn in. As we follow her on the journey, even the audience is unsure whether we can believe what she’s hearing. We’re not sure we can trust our own ears. This is greatly aided by the sound design, which keeps us firmly rooted in the drama and Molly’s mounting fear. The sounds grow from simply knocking to moaning and crying. Molly becomes worried that a woman is in danger, and no one believes her. She is helpless to stop it.

In the midst of a global pandemic that has kept millions of people confined within their homes, Knocking’s release takes on an even more tense tone. Many of us now spend inordinate amounts of time in our homes, and for many of us, that means spending a lot of time by ourselves. As very social creatures, we are used to being able to filter and understand our experience through others, and that is just not something many of us can do right now. For my part, you can bet I’ll be thinking of Knocking every time I hear a sound in my apartment that isn’t immediately explained.