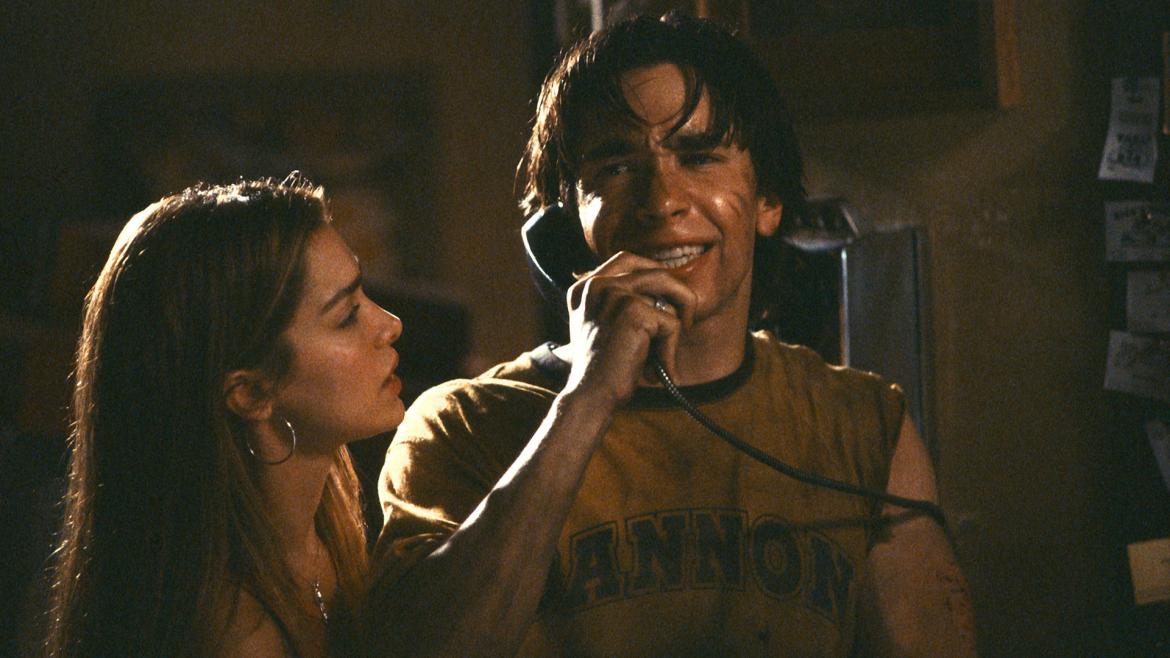 Imagine, if you will, a scene from a horror movie that has really stuck with you since you saw it. Whether it’s Michael Meyers stalking down a suburban street in Halloween or the opening massacre in You’re Next, chances are the scene contains some pretty memorable and affecting music. The score plays an integral role in horror - telegraphing what is coming (and sometimes misleading audiences) while creating atmospheric dread for days. Take that tense and horrifying score out of It Follows and I wager it would be significantly less nightmare-inducing.

But, perhaps more interesting, are the examples of horror movies that put music that already exists in a new context, to hair-raising effect. Highlighting this practice, our very own Mark has created a Spotify playlist of “Secret Murder Jams.” For horror fans, a well-edited sequence or trailer can totally change the feeling of a song, even one as well-known as Mr Sandman.

In 2001, a movie took this idea to a whole new level, creating an entire storyline around a previously inoffensive song. Jeepers Creepers, starring Justin Long and Gina Phillips, follows brother and sister Darry and Trish on their drive home for spring break. On their way through the countryside, they are almost run off the road by an aggressive driver in a beat up truck who they then see throwing a body-shaped thing wrapped in a red-stained sheet down a sewage drain. Naturally, the two go to investigate, making the decision that Gina portentiously calls, “The part in the scary movie where somebody does something really stupid and everybody hates them for it,” and spend the rest of the movie fleeing The Creeper.

As the title would suggest, the song becomes a warning that danger is afoot. Within the context of this film, the scares are tempered by lots of rye and cynical humor so that the song itself doesn’t take on the kind of dread that might make you skip it should it come on when you’re all alone, but it is used effectively nonetheless. Under Victor Salva’s direction, Jeepers Creepers plays with comedy and elements of camp while still creating some tense and nerve wracking scenes. The film also uses really ingenious cinematography techniques that seem to be knowingly borrowed from other genre classics. One particular shot in the film’s first act appears to mount a camera on the hood of the old truck as it races up on Trish and Darry’s tail, in a quick and shaky zoom that would make Sam Raimi proud.

And the camera work is not the only thing that makes this film so visually pleasing. The very clever and intricate effects work also creates some pretty gratifying scenes; the “Sistine Chapel” of corpses being one particularly unsettling scene. The Creeper himself is only revealed to us in pieces, we see more and more of him as the film progresses, and this deliberate pattern serves the film well.

The basic plot idea and the conceit of the title should mean that this movie is an absolute joke, but all of the elements work together to create a genuine thrill ride that is sure to make you laugh and squirm in equal measure. Justin Long’s terrified stare alone makes this whole movie worthwhile. And remember, if you hear that song on a desolate country road at night, I would drive just a little faster.