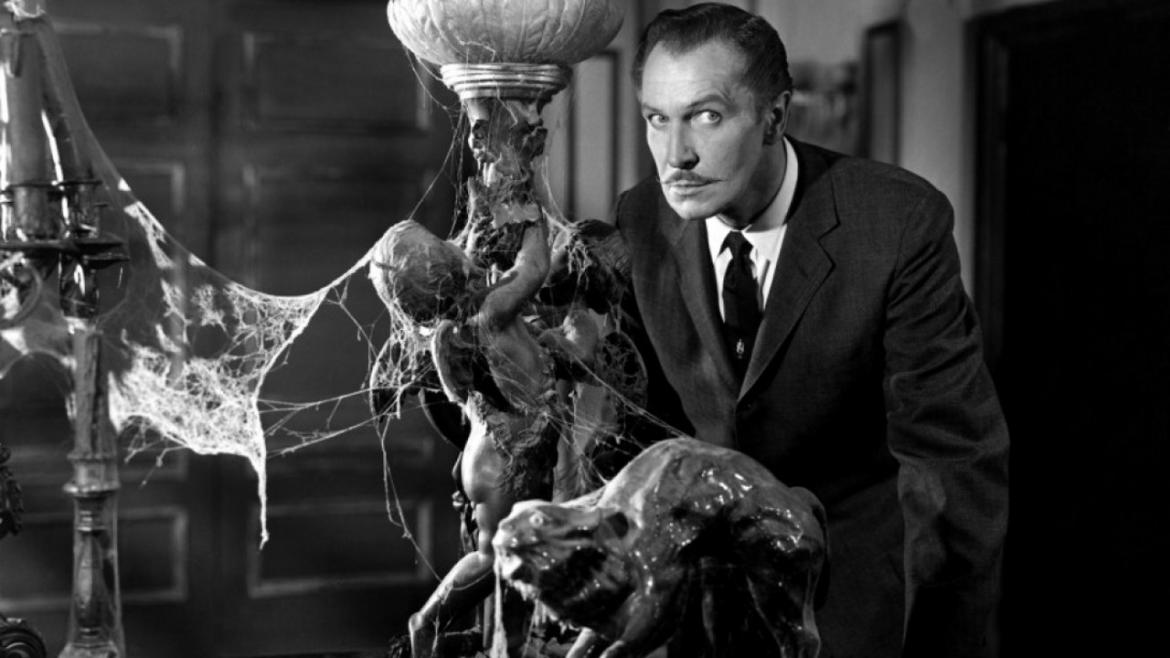 The good ol' days of cinema embodied a simpler time. Before the advent of the jump scare, before the invention of the now overused effect of ghosts with unnaturally fast shaking heads, and before Chris Kattan, 1959's House on Haunted Hill in all of its black & white glory perfectly encapsulated the importance of performance in horror cinema. It certainly helped that screen legend Vincent Price loaned his thespian abilities to your run-of-the-mill ghost story.

Price plays Frederick Loren who has organized a party for his dear wife, Annabelle (Carol Ohmart) at a spooky mansion with the intention of paying his guests $10,000 if they can survive the night of ghosts and marital strife. It doesn't take long for the guests to suspect that Mr. Loren might just be using the night as a cover to murder his beloved.

House on Haunted Hill is a showcase of the performers- often unfolding like a stage play. The filmmaking of the time doesn't leave much room for the atmosphere to be factor in the spooky happenings, therefore the mansion doesn't quite feel like the looming ghostly character it's supposed to. Instead the film sinks its teeth into the viewer by accenting the acting chops of Vincent Price and his eccentric personality and the camp of the supporting cast.

The setup is much like a game of Clue, but with an additional card stuffed into the deck- that card being ghosts, or the house in general. Director William Castle manages to keep the pace from getting too boring thanks to the theatricality of his performers and the is it or isn't it nature of the supernatural threat. The low budget charm we know and love of even today's indie horror is also the charm found in Castle's film, but with the added retro appreciation to boot.

Revisiting the oldies carries a number of complications, but in the case 1959's House on Haunted Hill those potential hangups do not hinder the overall experience. There are any number of dated technical issues one could have, but now those can simply be written off as charming goofs that only enhance nostaliga. Even with the mediocre 1999 remake and an another inevitable reboot that could be lurking in the foreseeable future House on Haunted Hill is a classic genre idea with an iconic actor that will live on untarnished in the annals of cinema history.