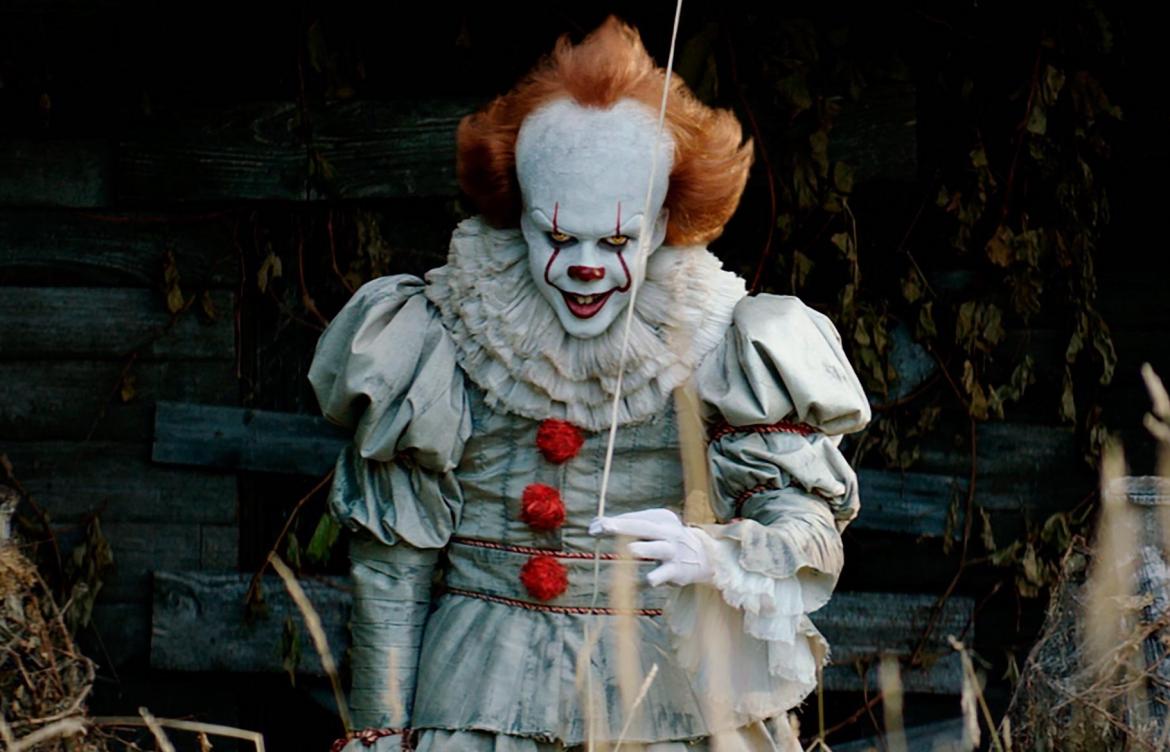 Stephen King's name can conjure a myriad of immediate reactions. For many his cultural significance is marked by the knowledge that whatever is about to unfold will be satisfyingly unsettling. From three versions of Carrie to two versions of The Shinning, the King’s work seems to draw consistent and frequent adaptation. Arguably one of his most notorious and discussed works is the novel It, which was adapted for TV as a mini-series in 1990. Audiences may have missed out on viewing the over four-hour epic since its release 27 years ago, but Tim Curry's performance as Pennywise the clown has become a part of cross genre of pop culture.

Now, writer and director Andy Muschietti revisits It in the modern day with a fresh take on Pennywise and the loser club. While 2017's It falters in certain areas in comparison to the original take, the challenging and emotional symbolism spread across King's novel is wonderfully strung out on screen, providing a frightfully engaging, and, more importantly, resonant experience.

Set in the small town of Derry, It follows seven children plagued with the same nagging fear. The town is ripe with mystery including a surprisingly high disappearance rates for children. The adults seem out of touch with their own issues and disinterested in the misconduct and turmoil their children endure. While not the first kid to go missing, Bill Denbrough's (Jaeden Lieberher) little brother Georgie (Jackson Robert Scott) sails his makeshift paper boat down the storm drains of the neighborhood streets, which leads him to the source of the town's fear, Pennywise the dancing clown. Falling into Pennywise's intimidating gaze, Georgie is ripped from reality, leaving Bill and his family to mourn the unanswered loss of their innocent boy. Bill's closest friends, Eddie (Jack Dylan Grazer), Richie (Finn Wolfhard), and Stan (Wyatt Olef), make a pact for the summer to search for any clues on what's causing the disappearances in Derry while dealing with their own encounters with fear in the flesh. Newcomers to the group Beverly (Sophia Lillis), Ben (Jeremy Ray Taylor), and Mike (Chosen Jacobs), have their own demons to counter, including the town bully Henry (Nicholas Hamilton) and Beverly's abusive father. Terror and torment meet the gang at every turn, forcing them to rely on one another as they fight to restore peace to their cursed town.

Similar to the geeky camaraderie the Duffer brothers have captured on Netflix's Stranger Things, the "loser club" in this iteration of King's story is just as adorable and down-to-earth as any on-screen 80's crew. While each has their nerdy interests, from Ben's fascination with New Kids on the Block to Eddie's hypochondriac compulsion to wear a fanny pack full of meds, the emotional connective tissue that pulls them together is just as enthralling as wondering how Pennywise will manifest. For example, Richie has the foul-mouth and swift comebacks feel straight out of Bad News Bears or even Sleepaway Camp. His young age does not dictate his capability to drop F-bombs. The group’s bond is palpable and Muschietti knows how to create a dynamic that feels like real friendship and love. In turn, this adds to the tension of the film, as our growing affection for the kids builds the lingering worries that one of them will befall what Georgie had to endure in the opening moments. Like Bill says, what if this happens to another Georgie? What if it happens to one of them?

From the start the film follows the original narrative's intensity, pitting young characters against mature content, reminiscent of Muschietti's first film, Mama. Every encounter with Pennywise draws us closer to each member of the loser club, providing an understanding of the fears that plague them real world implications of those fears. Beverly's volatile relationship with her father invokes discussions on child abuse, rape, and the fragility of childhood. This is never explicitly revealed through dialogue or labored scenes, but through visual representation. When Bill confronts his greatest fear of accepting his brother is dead, he is forced to reckon that Georgie’s death was violent and wholly unlike anything Bill could imagine.
One of the most intriguing and welcome additions is the film’s handling of Henry, the town bully. While he never deals with a direct attack from Pennywise, Muschietti brilliantly uses a character suffering from his own abuse as a physical tool for Pennywise to invoke additional fear in the town. Unlike the loser club, Henry pushes away all forms of compassion and care, spreading the same fear and torment the clown seeks to inject into every encounter with the children. While he could have just been handled as a typical bully picking on those weaker than him, Muschietti has a complicated villain whose own sufferings from domestic violence and emotional abuse are being twisted from fear to rage. This gives a strong counterpoint to the lovely qualities of the loser club.

While the emotional depth keeps the story afloat, the actual scares are an odd mix of occasionally compelling visuals and constant deafening jump scare sounds. Pennywise's different incarnations have an effective range for the viewer, hitting all types of common societal phobias. But the number of bangs and musical stings to mark already visually unsettling moments feels more in-tune with the tendencies of mainstream American horror. The choice doesn't completely ruin the film, but it does call into question how involved Warner Bros. was in crafting the final product to appeal to "general audiences."

At its core It offers something essential to many horror films: a clearly defined story about an evil that wants to harm relatable characters. This is a welcome piece of genre fiction at a time when relatability seems to be off the table as studios opt for gimmicky tropes and marketing tools. The loser club has an attractive quality to them, flaws and all, which is a refreshing feeling when sitting down for a horror show. Knowing the lovable kids might not make it to the final frame can create its own type of fear, much like how Pennywise gets under each of the losers’ skin. It is a challenging ride but worth attempting for the emotional substance and surprising fun waiting at each turn.