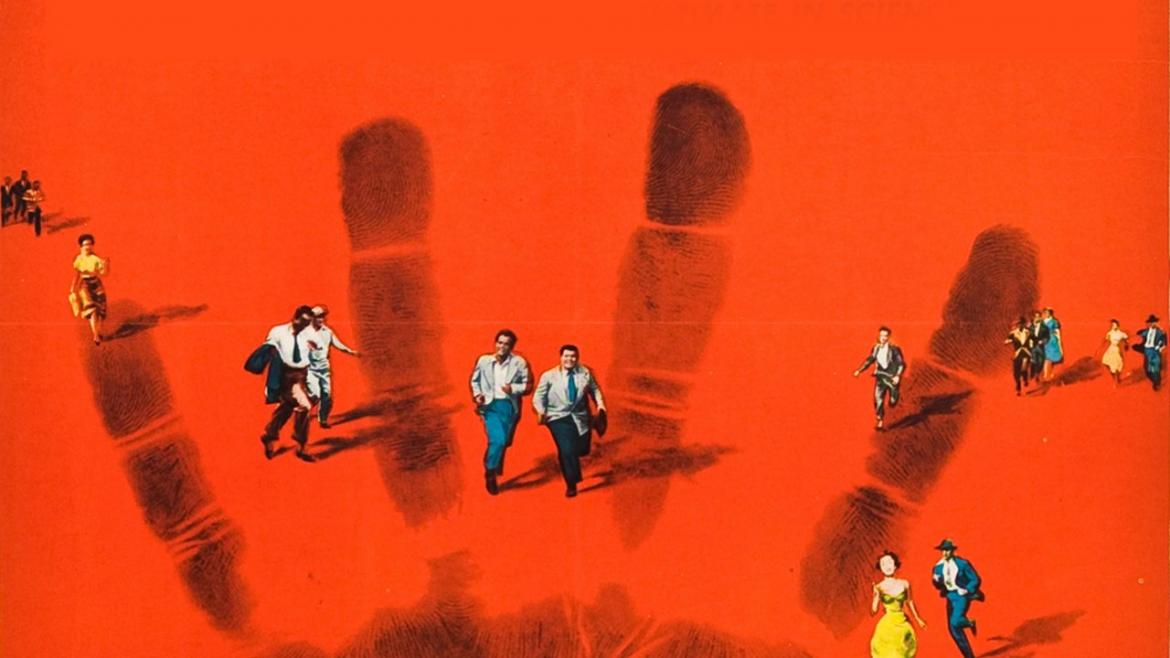 When you watch a horror movie from the 1950s, there’s little hope of finding it anything better than awkwardly charming. Effects were pitiful, the heydays of James Whale and Val Lewton were over, and the Production Code was in full swing. The Invasion of the Body Snatchers is a disturbing, only occasionally cheesy exception. Superficially and psychologically, it still scares because the monsters are nothing more or less than the people who live on your street.

The movie focuses on two people who are separately returning to their hometown of Santa Mira, California after some time away: Becky (Dayna Winter) is leaving a bad marriage, and her high school sweetheart, Miles (Kevin McCarthy) is the town physician, back from a weeklong medical conference. On the surface, everything about the idyllic Santa Mira is just as they remember it: the same pleasant people living in the same pleasant houses and following the same innocent routines. But Miles is met with some odd notes from his nurse, Sally: while he was gone an unusual mass hysteria swept the town, in which nearly a dozen people desperately called his office claiming their relatives had been replaced by emotionless imposters. When he pursues follow up appointments, he finds the equally odd development that every single one of them has cancelled, claiming to feel perfectly fine. Only when his close friends Jack and Teddy find a nondescript body at their house that, hour by hour, comes to closely resemble Jack down to the fresh scar on his hand, does Miles begin to suspect that they may be completely surrounded by a threat that’s too far along to escape.

There are no iconic actors in the cast, and director Don Siegel, though prolific enough, is now known for little other than this movie and Dirty Harry. The Invasion of the Body Snatchers is a marvel of plainness, and that helps it work: it’s still possible, even on repeat viewings, to be lulled by the placid dullness and then unsettled anew. There’s little stylistically to set it apart save a few nice long shots of characters in pursuit and near-perfect pacing. Though some of Miles’s obliviousness to danger are tough to swallow, any other film that focuses on the outbreak of terror in an otherwise peaceful time or place is standing in Invasion’s very long shadow: it’s a convention in the bedrock of horror, and few have done it as well since.

It’s debated whether this movie is an anti-communist parable or an anti-McCarthyist one--either way it's steeped with contagious paranoia. But what’s most significant is what’s on the screen, not behind it, and in that Invasion’s legacy is undeniable. Made in a time of blobs and aliens, Invasion of the Body Snatchers offers nothing scarier (and believe me, it’s still scary) than “ordinary” men, women and children who turn on their loved ones: it may be ostensibly about monsters hiding behind normalcy, but it’s really a movie where normalcy itself is the monster. To paraphrase Dr. Miles Bennell: “You fools! You’re in danger! Can’t you see? They’re after you! They’re after all of us! They’re here already! You’re next!”