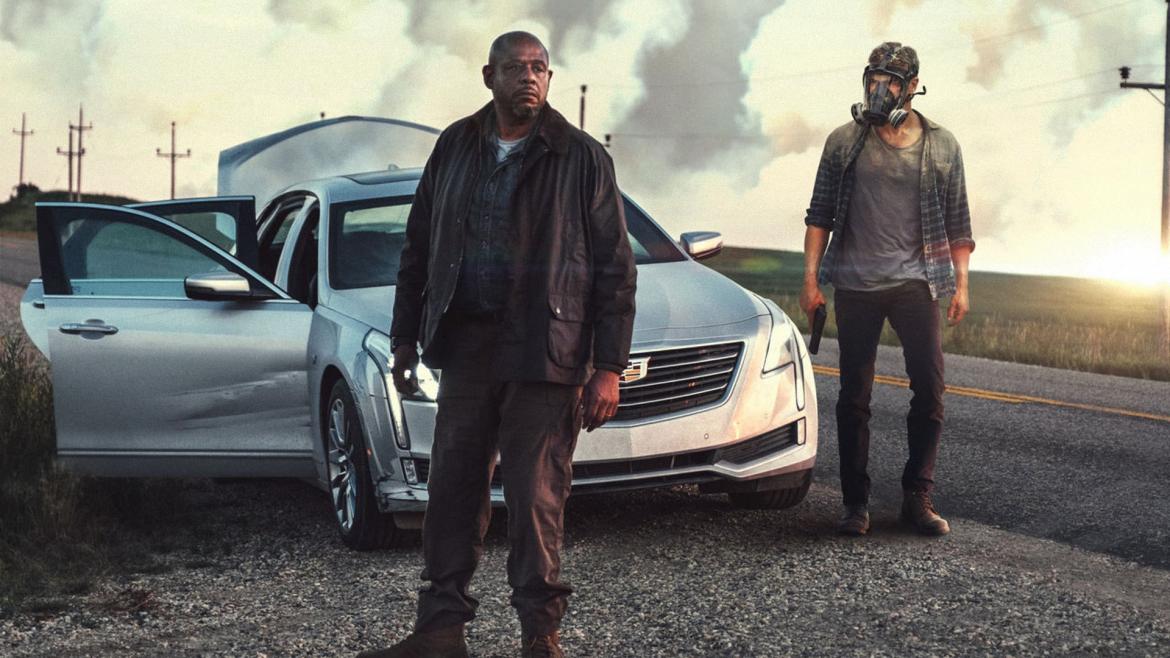 How it Ends (Movie Review)

No one knows how the world will end. David Rosenthal doesn't even know how his own movie should end. His recent Netflix Original How it Ends presents an intriguing and moody apocalypse that doesn't even answer the promise of its title.

To give Rosenthal and writer Brooks McLaren some credit, perhaps the goal wasn't to ever explicitly show the end of the world. Instead, their goal might have been to present the dissolution of society as it’s faced with the unknown and THAT is how "it" ends. I know, I know. It's a tough pill to swallow for lots of literal minded Netflix users and really the film doesn't do nearly enough for even more discerning viewers to make that connection.

How it Ends is little more than a road trip movie pairing an overprotective father with his potential son-in-law whom he doesn't much care for. The two travel cross-country to ensure the safety of daughter/fiancée Samantha (Kat Graham) after an unexplained event on the West Coast causes a nationwide blackout. Starring Forest Whitaker and Theo James, the movie leans heavily on the tension between their two characters while a bleak and effective score blares over extended shots of the two driving on deserted roadways as they travel westward, encountering the desperation of a paranoid society on the brink of collapse.

The premise is intriguing and the low-budget nature offers plenty of character interaction, but the presentation is quite hollow and the altercations that should provide tension are abbreviated and sloppy. As a result, the film is often presented with great potential and buildup that fizzles out.

Whitaker is putting in some great work, but James offers little to nothing on the other end. Eventually as the film enters its climax, the filmmakers seem to have abandoned any sense of logic or direction to what they are trying to accomplish, including an extremely surprising sense of spectacle that ends before cutting to black, leaving the audience to wonder if they forgot to insert a Wheel of Fortune "Bankrupt" sound clip or are just really big fans of the ending to The Sopranos.

As a low-budget apocalypse film How it Ends had all the pieces to make something surprisingly great, but ultimately it feels like a movie the producers had no idea what to do with and dumped it on Netflix to be lost in its ever-expanding “Originals” catalogue. For the distracted Netflix viewer the film offers faint moments of competence but ultimately refuses to reward viewers who stick through to the bitter end.

The Evil in Us