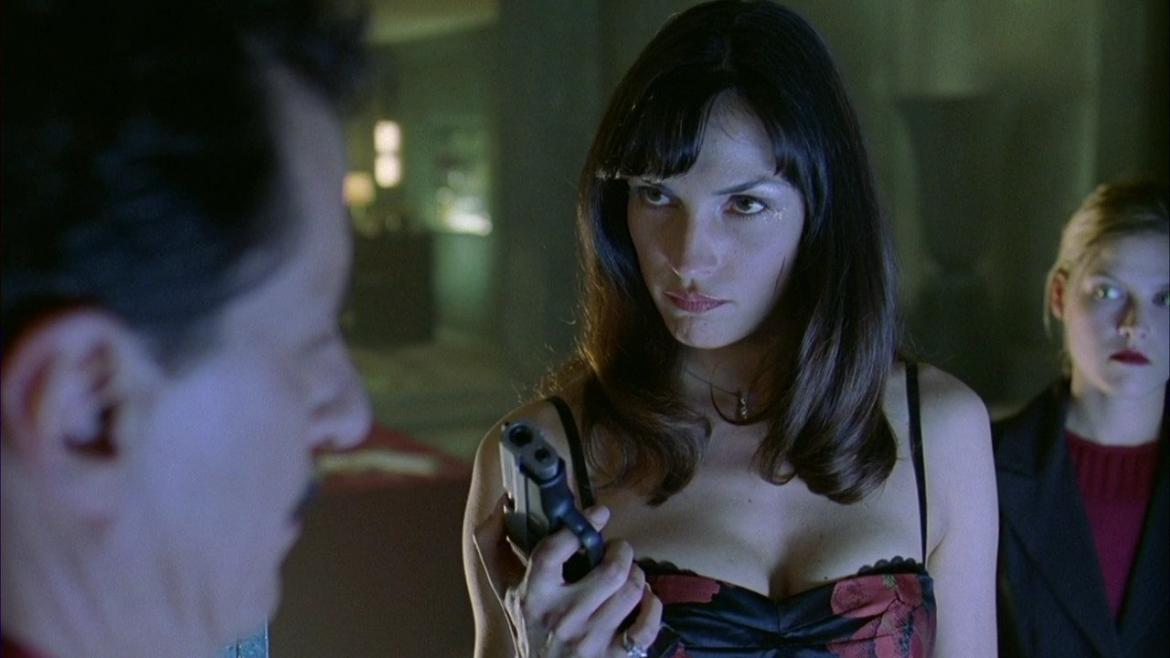 The 90's is generally considered to be a wasteland when it comes to quality horror entertainment. The House on Haunted Hill remake came in late in the game and did very little to restore people's faith in the decade's horror prowess. William Malone's update on the 1959 classic certainly aims for more spectacle, but in the process drains all the personality from the concept.

Most of the setup remains unchanged, but this time Geoffrey Rush steps in as Stephen Price, a rollercoaster tycoon with a flair for the dramatic. Price is offering $1,000,000 to each of the guests at his wife's birthday party if they can survive the night in a renovated mansion that was formally an mental institution with a seedy past.

1959's House on Haunted Hill wanted there to be a sliver of doubt as to whether or not the supernatural was at play, but Malone's take eradicates that from the word go- and in some of the dumbest ways possible. The logic gaps that kick off how this rag-tag group of money hungry individuals gets together is laughably bad. Things rarely take a turn for the better as things progress, but in the interest of being fair, there are some genuinely creepy moments here and there. Additionally, the verbal sparring between Rush and his on-screen wife Famke Janssen are quite enjoyable, but with a fraction of the charm that Vincent Price and Carol Ohmart brought in the original. Rush and Janssen's chemistry has a bit more edge than camp to it, which bleeds into the overall tone of the remake in general. Still, there seems to be attempts at matching the camp factor to the original that just don't come through in any obvious way and instead come off as unintentionally funny.

Malone is able to capture a moment of magic here and there, but his reliance on jump scares is grating. This version of House on Haunted Hill could be pinpointed as one of the movies to beat the "ghosts with fast shaking heads" gimmick into the ground. To an extent, it adds a fair bit of visual dread, but isn't inherently scary. Rush at least has the spirit of performance throughout the film, but the direction of the film renders his performance toothless by the end. Removing the mystery in favor of heavy-handed ghost shenanigans robs the film of an interesting open ended finish.

Sadly, even Chris Kattan's loud and obnoxious schtick also isn't enough to pry House on Haunted Hill out of the muck. The film is at times morbidly entertaining in spurts with its drastic increase in violence compared to the original. However, when it comes to lasting impact and pure entertainment value this version diverges from the spirit of the original to a detrimental amount making it inferior to William Castle's 1959 classic in almost every way.