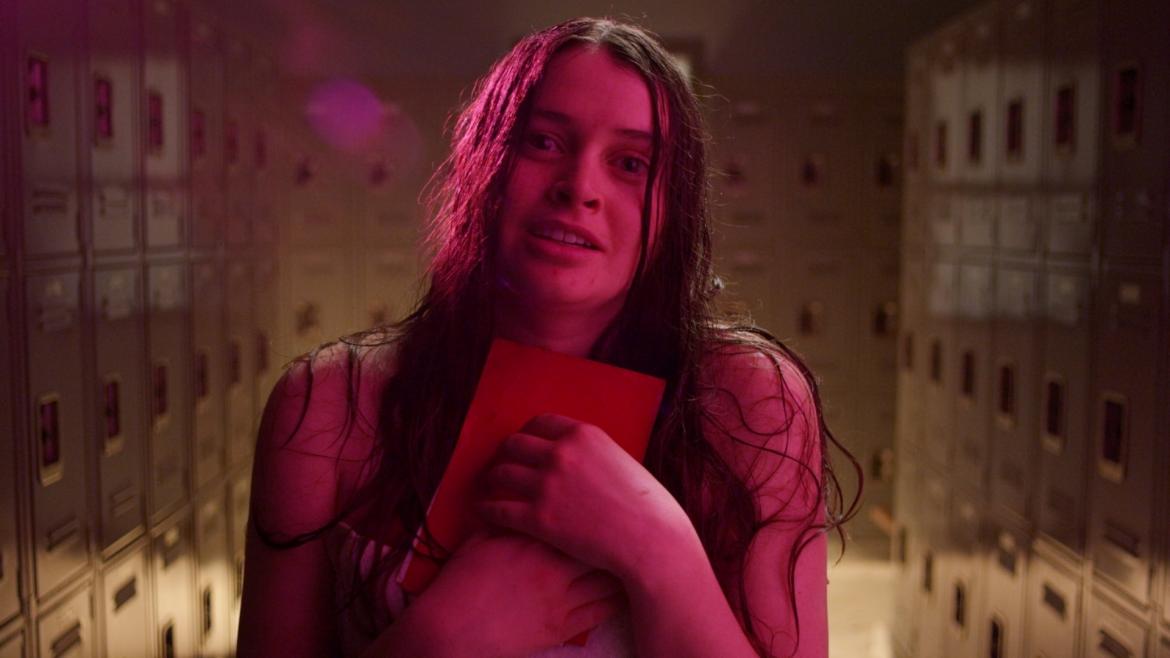 The horror anthology has made a roaring comeback since the likes of V/H/S, V/H/S/2, The ABCs of Death and so on. Yet, as quickly as they've risen to power so too has the market been flooded with mediocre to average flops- I'm looking at you, Tales of Halloween. While Michael Dougherty continues making a career of full-length holiday themed tales of horror a new batch of eclectic directors have been hand picked to deliver shocks set to all of the most notable marks on the calendar in, Holidays.

Holidays kicks things off in February with the bane of every single person's existence and moves on in sequential months hitting every holiday along the way (just don't get your hopes up for any 4th of July, President's Day, Martin Luther King Day, or Kwanza shenanigans). Hallmark's cash cows are the focus and each director brings their own personality to the table which only serves to highlight the up and down nature of this particular anthology.

The best Holidays has to offer comes in the form of a tale that seems to ripped out of an entirely different movie. Father's Day is ripe with heartfelt father/daughter pathos, but build tension wonderfully through a tape by a father for his daughter to follow his instructions to find him once again now that she's older. It's an idea so simplistic that it shouldn't work, but does. Just as the crescendo hits its peak the floor drops off and what could have been a nearly perfect exercise leaves you feeling empty and somewhat baffled.

The worst arguably comes in the form of St. Patrick's Day (Gary Shore), which tries its damnedest to be different, but is perhaps a little too weird to be taken seriously and not silly enough to be funny. Segments like Halloween (Kevin Smith), New Years (Adam Egypt Mortimer), Mother's Day (Sarah Adina Smith), Easter (Nicholas McCarthy), and Christmas (Scott Stewart) range from almost great to slightly above average. It's unfortunate that the film's two opening segments (Valentine's Day and St. Patrick's Day) are the weakest of the bunch, not giving the viewer much faith to stick around and wait for things to perk up. The two are so weak that they drag down the overall expereince even if the rest mostly redeem the damage that had already been done.

Strong concepts are what save a lot of the segments even as they are sometimes completely detached from the holiday they are there to represent. Mother's Day features a woman who can't stop from getting pregnant- despite her beau using two even three condoms- but does not seem to actually take place during the holiday, Father's Day being guilty of the same. Meanwhile Kevin Smith's Halloween and Mortimer's New Years take place on the holiday, but don't use it to push a unique spin on the day itself- respectively they deal with a sleazy LA producer luring girls looking for fame to his home to be Cam Girls and the other features a serial killer who just wants someone to kiss on New Year's Eve. Many of the premises are simple yet palate friendly, but only a select few take the opportunity to be creative with their particular holiday.

Horror anthologies are a whole lot of fun when done right and Holidays is right on the cusp of being one of the better ones, but it's shifting tones sometimes make it somewhat difficult to approach. The idea is solid in concept and perhaps with subsequent installments the kinks will straighten out and make Holidays something to highlight on the calendar year to year.