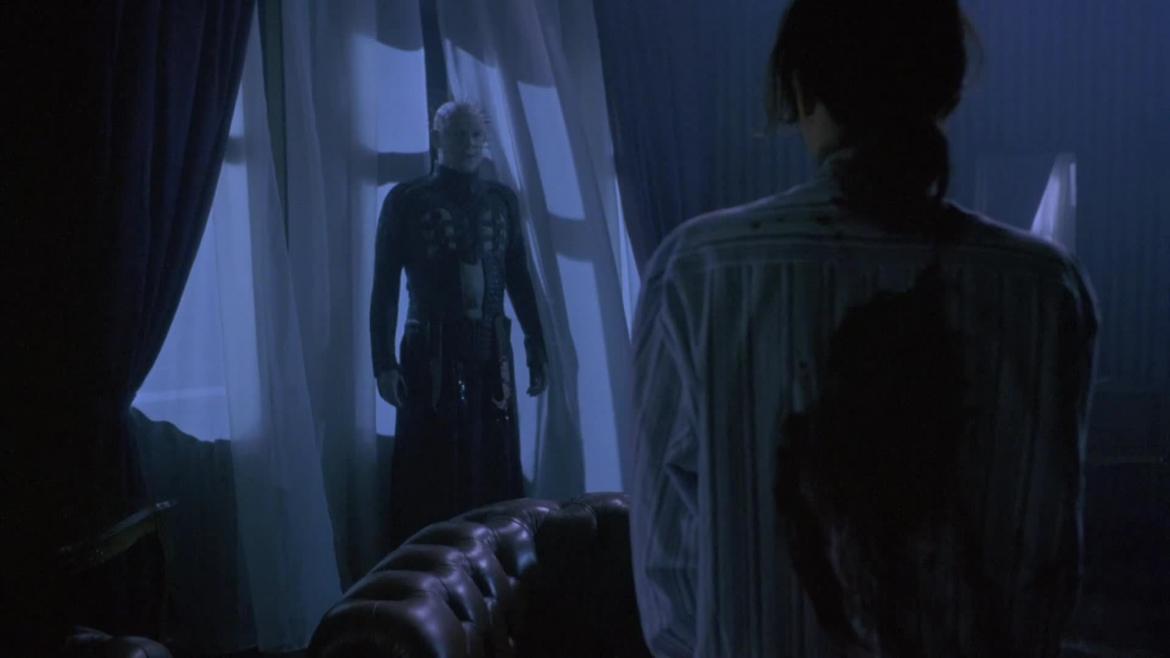 Amy Klein (Kari Wuhrer) is an investigative journalist looking to uncover the secrets of a cult in Romania - the titular Deaders - that is apparently killing themselves only to continue living. As the story unravels, she ends up becoming more personally involved than she bargained for. Meanwhile, Pinhead (Doug Bradley) is... well, I'm not sure exactly what he's doing here. Maybe Bradley just kind of wandered onto the set in full Pinhead regalia on his own for a few days.

As has been the case with all the direct-to-video Hellraiser films, it's apparent that Deader originated as an unrelated script and had elements of the Hellraiser mythology crammed in. This iteration is perhaps the most ill fitting attempt yet. The combination of the Deaders storyline and cenobites leads to neither element making much sense. Whatever the original payoff of the Deaders was, it was excised totally in order to have Pinhead show up and play deus ex machina - via some of the worst CGI I've ever seen - in a manner that makes little sense in relation to the mythology around the character.

The most effective elements of the film are a couple scenes on a subway train that turn from orgiastic to horrific. As with much of the film, these scenes are more or less superfluous, however, and seem to have no actual substance beyond saying, "Hey guys, don't forget that Eastern Europe is weird." Beyond that, nothing really feeling like it gels from a narrative perspective, and the film looks and feels slipshod.

It's potentially a shame that the studio felt the need to turn this into an entry in the Hellraiser franchise, because the premise behind the Deaders is pretty intriguing, and I'd have been interested in seeing where it went if left unfettered by marketing ploys. Although, given the overall lack of care in execution of Hellraiser: Deader, it's entirely likely that that version of the film would have still been a forgettable mess.