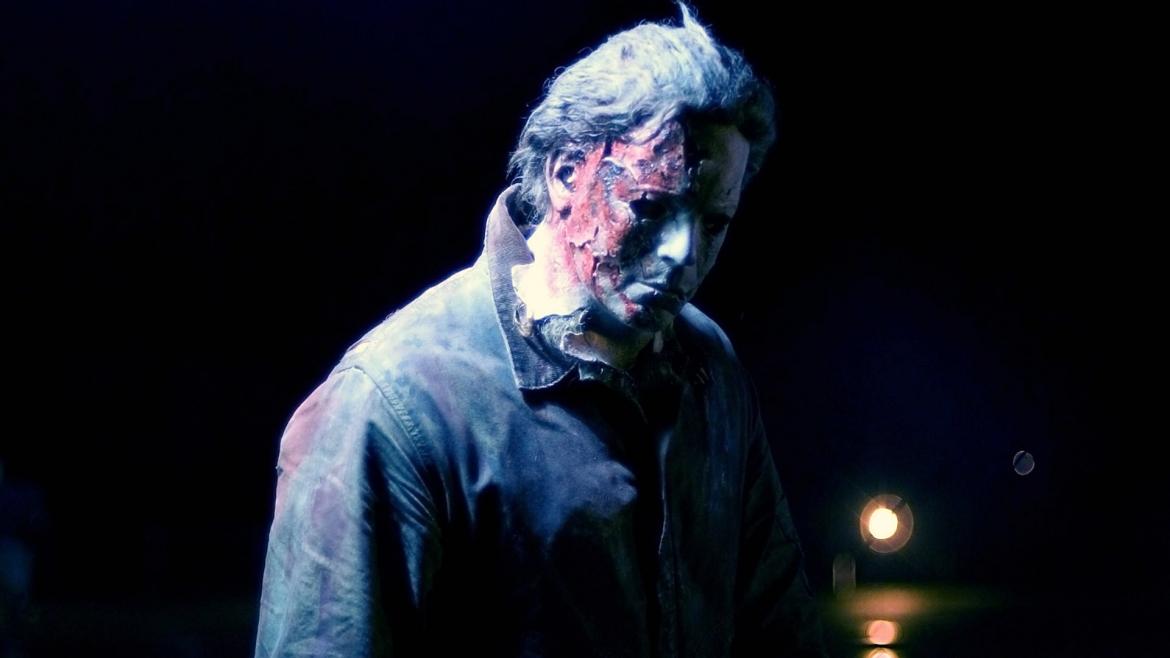 Let's get this out of the way up top, shall we? "Halloween 2" is bad. In fact, it's quite bad. I'll even go so far as to say that "Halloween 2" may be one of the most aggressively bad horror films made in the last ten years.

This should not come as a surprise to anyone who's actually seen the film at this point. But please, if you haven't yet, consider this a dire warning. If you have memories of Michael Myers that you'd like to remain even slightly intact; if you have an attachment to genre conventions; if you have any standards for cinematic entertainment of any kind: do not go to this movie. Just sit it out, and thank me later.

With that taken care of, let's get down to the nitty gritty. Following up on his success reimagining the "Halloween" mythos, Rob Zombie has come back for another crack at Michael Myers. "Halloween 2" jumps in almost exactly where the previous film left off. Having just put a couple of bullets in Michael, Laurie is taken to the hospital. Michael's body meanwhile heads toward the sheriff's office, though it doesn't get very far before an accident allows his now reanimated corpse to escape. In short order, there's some stalking and some killing. Only -- surprise of surprises -- it's all just a dream! And you better get used to it, because roughly 1/4 of the rest of the film will either be a dream sequence or indistinguishable from a dream sequence.

Back in reality Laurie, now living with Sheriff and Annie Brackett, is struggling to return to a normal life one year after Michael's Halloween rampage. She sees a therapist, she dresses like a stereotypical goth, and she hangs around with trampy friends. Casting a pall over all of Haddonfield is the fact that Michael's body disappeared (in reality, not just a dream) on that night. Plus, as Halloween and the one year anniversary approach, Dr. Loomis, now something of a diva, is on tour with his new book.

There are flashbacks. There are hallucinations. There are fights about the past. The one thing there isn't is a single interesting narrative thread to keep us interested in the proceedings. In trying to flesh out Micheal's "motivation" (because horror fans were clamoring for more motivation), Zombie has crafted a whole new psychological persona for his killer. Here, Deborah Myers, played by Sherri Moon Zombie, becomes a central character. She appears to Michael, whose been eking out an existence in a ramshackle farm house by eating raw meat and, based on his appearance, not shaving. Mrs. Myers speaks to Michael, but also to us, because as he cannot speak, Zombie felt it would be helpful and, yes, enjoyable, if Deborah would elaborate on the reasons that Michael needs to return to Haddonfield.

Mrs. Myers also begins to appear to Laurie, who is at first confused, but eventually learns, by reading Loomis's book, that she's Michael's sister. Zombie treats this revelation as a world shaking, monstrous event, but the problem is that we already knew, as did several of the other characters in the film. And this lack of tension, combined with an absence of any nuance in the way the scenes were handled, leads to a flat and emotionless (for viewers) sequence of scenes.

Truthfully, the handling of this one moment speaks to the immense faults of the film writ large. In virtually every respect, from the writing to the acting to the direction, the film wasn't simply bad, but boring. Zombie seemed to think that he was deconstructing the Myers character, if not slashers in general, but in fact he was doing the opposite: using bullshit psychology and poor shot selection to further obscure Myers -- and far worse -- make him less interesting. We're treated to no less than 10 scenes involving Deborah Myers -- dressed all in white and shepherding a young Michael -- instructing her now grown son, what to do. Which begs several questions: Could Zombie have been more heavy-handed if he tried? Was the opening title card, followed almost immediately by its referent, not enough? Need he insult his audience not only with poor filmmaking, but with didactic and immature filmmaking to boot?

It is, finally, in one of the more abysmal failures of "Halloween 2" that we can draw some conclusions about Zombie's deluded sense of self. The Loomis character has in Zombie and Malcolm McDowell's hands become a reviled figure. While his book has sparked great interest, he has become a persecuted writer. Zombie keeps coming back to scene after scene of reporters and others accosting the doctor for profiteering off suffering. But while Loomis does seem to have grown a bit rough around the edges, he remains committed to and even fascinated with the idea of understanding Michael. He has made it his life's work, and now he has crafted a story to fit his sacrifice. It's hard not to think of Loomis, in this context, as a proxy for Zombie, who himself has attempted to understand Michael Myers, and some would say, has been persecuted for it. And of course, Loomis does get to go out the hero, if not for having killed Michael, then at least for having been brave enough to stand up to him. In so doing he doesn't merely unmask the monster, but recreates him anew. Let's hope that Zombie is content instead to stop the saga here.