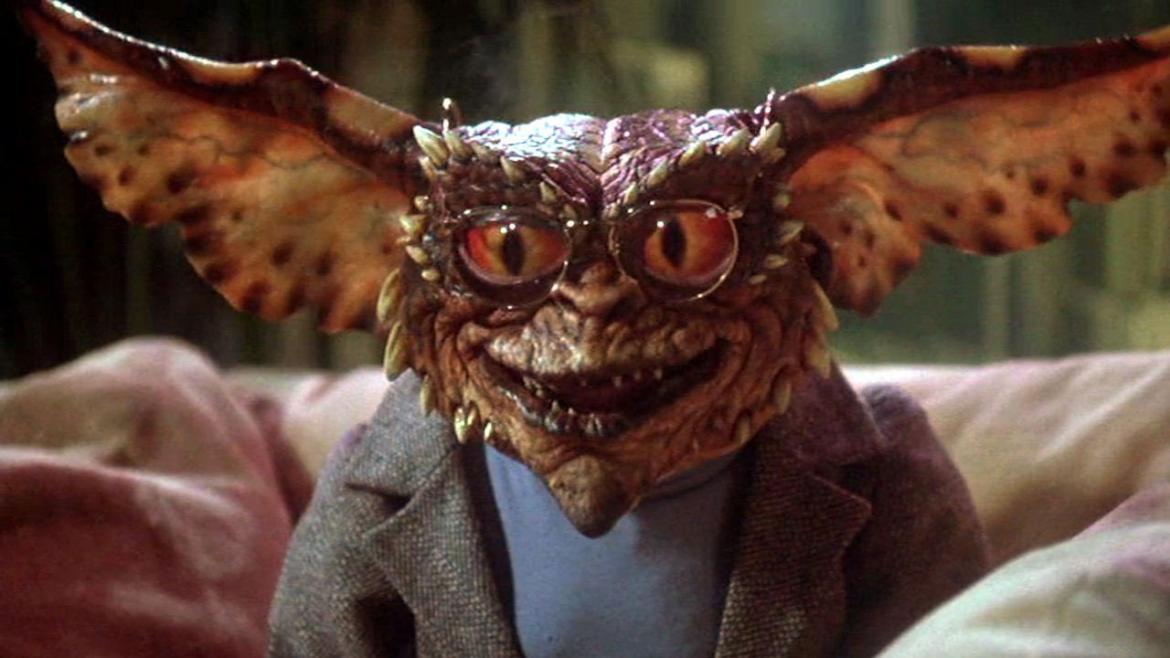 Sequels very rarely eclipse the original film in any particular franchise. In the case of Gremlins- a staple held near and dear to many horror nerds' hearts- Joe Dante faced the dreaded double-edged sword. Should one embrace the darker aspects at the core of Gremlins or go-for-broke and skid into the silliness of it all? As history has it, Dante took the latter approach and created a sequel, Gremlins 2: The New Batch, that keeps much of its satirical edge and turns the cartoon factor up to eleven.

The sequel picks up as Gizmo finds himself (herself?) homeless following the death of his keeper and then captured by a mad scientist working at Clamp Enterprises- a corporate catch-all skyscraper in New York. Also employed in the building is Billy (Zach Galligan), Gizmo's previous owner, who finds out that Gizmo is captive in the science department and attempts to rescue him. However, when Billy leaves Gizmo in a drawer to attend a business meeting the worst happens as Gizmo is exposed to water and begins multiplying. Before long Spike and even more uniquely animated gremlins are running amok in the building waiting for the sun to go down so they can take over Manhattan.

The most apt thing one can say about Gremlins 2: The New Batch, is it's just not as good as the original. It's a cliche and unoriginal statement to be sure, but then again it's in keeping with the idea of sequels in general. The problem being that simply copying the formula from Gremlins seems lazy, going to dark seems to betray what made Gremlins so fun, and going full goofy seems...well, too goofy. In spite of the fact that Dante's film just doesn't reach the same heights as the original, this sequel still feels as good as it could possibly be. It's sense of humor and satire keep it from feeling lazy or like Dante and company were just trying to capitalize on the name. At the same time the film delivers what many people probably wanted- more gremlins causing more mischief while cramming in a number of funny movie references. Plus, how terrifying was it to see Spike as a massive spider gremlin when you were a kid?

Gremlins 2: The New Batch leans even more towards being a wacky kids flick, but contains violence satire and themes that fly right over the heads of the adolescent. Today, this is the type of film that aims for the nostalgic G-spot of horror geeks and misses the bullseye, but its heart is in the right place and that's what really matters.