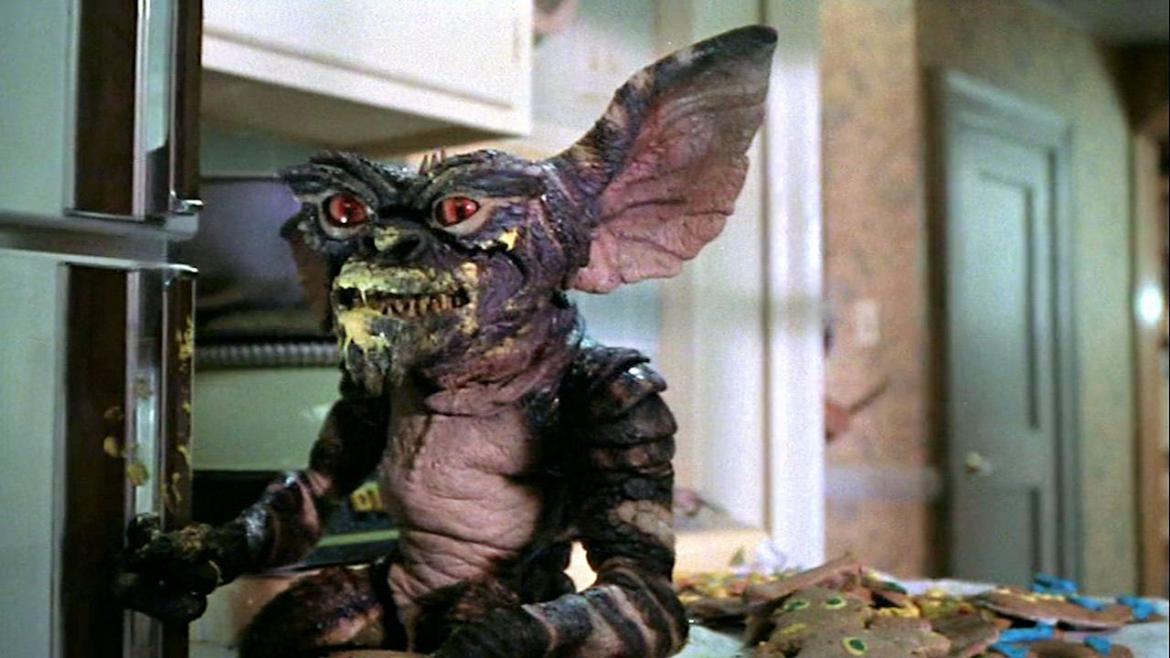 Revisiting staples of our past sometimes presents  a number of issues. The biggest of which being the potential shattering of one's memory of something they once loved. Time catches up with us all and just like the grotesque wrinkling of our bodies movies have their own set of aging aches and pains. Yet as cliche as it sounds, a true classic never goes out of style and Gremlins is just one on a long list of horror classics that flourishes in spite of its age.

Gremlins paved the way for one of the cutest cinematic creatures of all time while also burning into our memories the three most important rules for a fictional pet ever. Billy (Zach Galligan) is a young man who is given an adorable furry creature called a mogwai for Christmas from his father. The mogwai, named Gizmo, has three essential rules that must never be broken- do not expose it to bright lights, do not get it wet, and never ever feed it after midnight. Billy manages to break all three rules in a short time. Getting a mogwai wet causes them to multiply depending on the amount of water. Feeding them however, sends them into a cocoon state that turns them into ugly green gremlins and they have a love for mischief...and Christmas caroling.

Rather you view it as a statement on holiday consumerism and traditions or just a fun family flick, Gremlins is endlessly rewarding even 30 years later. As is the case with most decades old movies the special effects don't always age as well as its overall entertainment value. However, in spite of the dusty effects used back in 1984 Gizmo and the gremlins still look as good as ever. The only hiccups come in the form of the moments of stop-motion animation used sparingly to show the ugly green monsters' strength in numbers.

The score still sells itself as a youngsters horror movie and the PG rating feeds into that expectation- however, the gobs of green gore saw to it that the MPAA standards endure a facelift. Today it's doubtful parents would allow their kids to watch a movie where a monster graphically melts into a puddle of goo- unless your that cool parent who love giving their kids nightmares. As kid-like as the score is near the beginning, the tried-and-true Gremlins theme is as endlessly hummable as ever. It'd also be easy to call Gremlins 'slow' with today's attention challenged tween audience, but one should never question Gizmo's ability to keep an aging horror nerd enthralled and bright-eyed.

There's a reason why horror buffs fear the idea of a Gremlins reboot, reimagining, remake, re-whatever- and it's because the original stands the test of time. Even with some mildly clunky stop-motion Gremlins stands head to toe with today's best horror comedies. In fact, some of the film's age flaws give it that much more character. A staple of the 80's, Gremlins remains a horror classic to this very day and will continue to be no matter how badly our remake culture tries to 'improve' upon it.