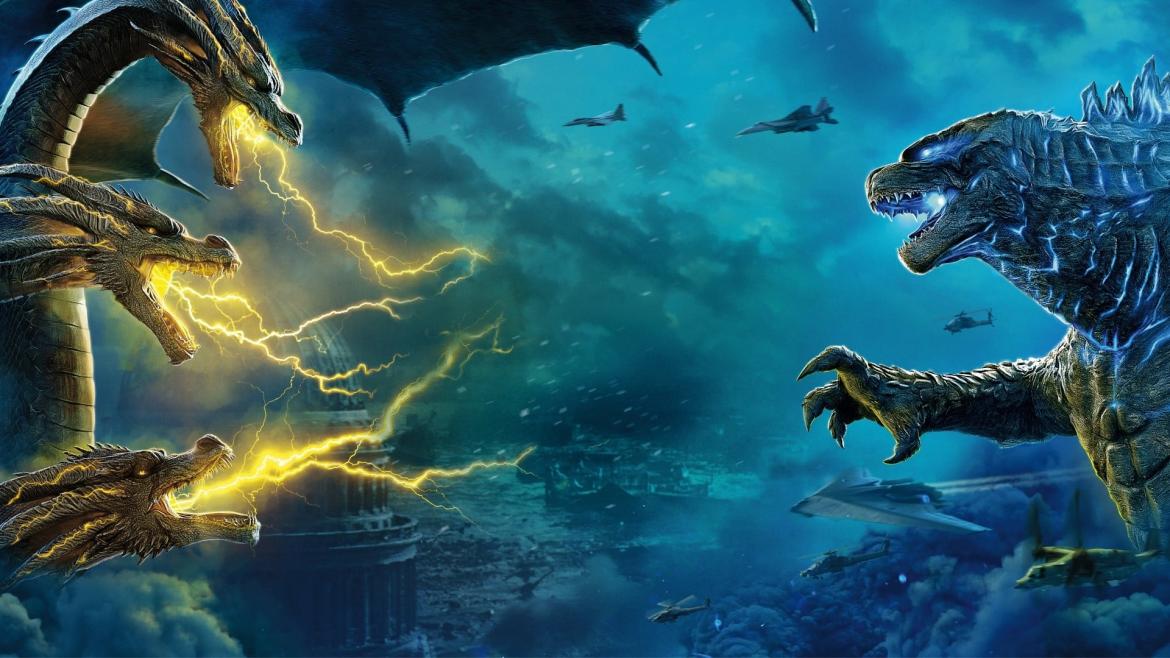 Godzilla: King of the Monsters is the hotly anticipated sequel to 2014's Godzilla. The first film has had five years to get all sorts of criticism and it's clear the creative team behind King of the Monsters paid attention. This is not a film that is light on Kaiju action. In fact, it's chocked full of it. If you were a fan of the more reserved pacing and action set pieces that Gareth Edwards brought in 2014 you'll find yourself disappointed.

Godzilla: King of the Monsters is near perfect on a technical level. The cinematography presents the sheer titanic presence of these beasts, and composer Bear McCreary orchestrates an epic score to accompany the exciting action sequences. However, the film has some serious story issues when considering its presumed thematic goals. It is fascinating that the tv series Chernobyl is airing at the same time the latest Godzilla film is released. Chernobyl shows the true horrors of a nuclear catastrophe in a way that is much more in line with the original 1954 Gojira, whereas King of the Monsters treats nuclear weaponry like a video game power-up.

As the film opens, we’re thrust immediately into a world inhabited by Kaiju, referred to here as Titans. The secretive Monarch organization has managed to locate 17 of these beasts throughout the world and are closely monitoring their slumber. An eco-terrorist group led by the splendid Charles Dance takes control of a device that is able to wake up and presumably control the slumbering Titans. Their plan seems to be going well until they release “Monster Zero” (later named Ghidorah) who manages to dominate the Titans of Earth, setting the world aflame. This leads to a ragtag group of Monarch scientists and soldiers to seek out Godzilla and hopefully find a solution to end the chaos.

Despite the rather expansive plot at play, the narrative is mainly focused on a family drama. Vera Farmiga, Millie Bobby Brown, and Kyle Chandler play a strained family unit set at opposite sides of the brutal battle. For the most part, the human stories work quite well. They are compelling and manage to effectively weave with the monster plot. Even side characters like Bradley Whitford (who seems to be forever destined for horror control rooms) get their chance to shine, offering good comedic breaks to a film that takes itself very seriously.

Unfortunately, with the focus on family drama and the new role Monarch plays, Godzilla: King of the Monsters clearly had nothing to do for the returning cast from 2014. Sally Hawkins is criminally underused, perhaps because the filmmakers know she is just too good at wooing monsters and as such would easily charm even a 3-headed Dragon. Most disappointing though is the task Ken Watanabe’s character is forced to execute, an act that undermines the entire purpose of Godzilla the character.

In many ways the Legendary duology has at this point treated Godzilla more akin to his Daiei counterpart Gamera, taking clear inspiration from Shusuke Kaneko's trilogy from the mid-nineties. This is by no means a criticism. If filmmakers are going to take inspiration from anywhere they could do a lot worse than arguably the greatest Tokusatsu trilogy of all time. However, the implementation of the story beats from Gamera causes the films biggest downfall.

In Gamera 2: Advent of Legion our titular turtle loses a fight midway through the film and must call upon the energies of the Earth in order to recharge and face the final battle. This is an exact plot beat we see repeated in King of the Monsters however in this film Godzilla does not call upon the powers of the Earth. He is recharged by a massive nuclear explosion. This goes completely against the themes of the Godzilla: King of the Monsters. The movie wants to posit the need for balance within nature and for humans to work with the Titans in order to save our species from itself. Launching a nuclear bomb at the bottom of the ocean does not represent a positive environmental message. We are meant to cheer and be happy that a massive nuclear bomb just forever altered the ecosystem of the ocean, which will most likely have a huge environmental impact. Now the more researched among you may posit that this exact plot point was attempted in Toho’s own Godzilla vs. King Ghidorah from 1991. The difference here is the fact that the actions of either reviving or powering up Godzilla has an extreme cost. Godzilla manages to take down that film’s King Ghidorah but after doing so he continues to destroy everything in his site. The message is still there. Nuclear weapons have consequences and should not be used at the merest whim.

Now you may be reading this review asking “BUT WHAT ABOUT THE MONSTERS”, to which I respond, “THEY'RE GREAT”. Aside from some truly bizarre moments of plotting, the monsters really steal the show. Ghidorah is shown to be incredibly malicious and brutal. Mothra and Rodan, while relegated to sidekick status, stand out quite well. Rodan is a beautiful monster to behold and Mothra follows suit. Godzilla continues to have the “I'm too old for this shit” attitude which is outstanding. He seems extremely grumpy and just “done with” whatever monster he is forced to combat. There are a few other surprise monsters on display here as well, however, they aren't any Kaiju fans would recognize. We get some very interesting original creations in this movie and hopefully, we'll see more of them in Godzilla vs. Kong next year.

The cinematography is jaw-dropping in many sequences. You could pause nearly any moment of the monster duels in this film and have a desktop background. The monster battles are well staged and thrilling. When compared to other films this summer it is quite a change of pace to see excellent choreography. However, the film takes the idea of kings and alphas a tad too far near the end treating some final shots like an episode of Game of Thrones. Monsters having personalities is great but giving them extremely human traits seems a tad ridiculous given the way they're presented in the rest of the film.

What your opinion of Godzilla: King of the Monsters will be is entirely dependent on what you're looking for from one of these movies. If you are into giant monster movies for the spectacle of destruction then you're in for a treat. However, if you are a fan of Godzilla's history and want a movie with characters you can sink your teeth into, then you'll be pretty disappointed. Godzilla: King of the Monsters is a great experience to have on the big screen, but the film’s sloppier elements will weigh on you the more you consider the film.

Island of the Fishmen