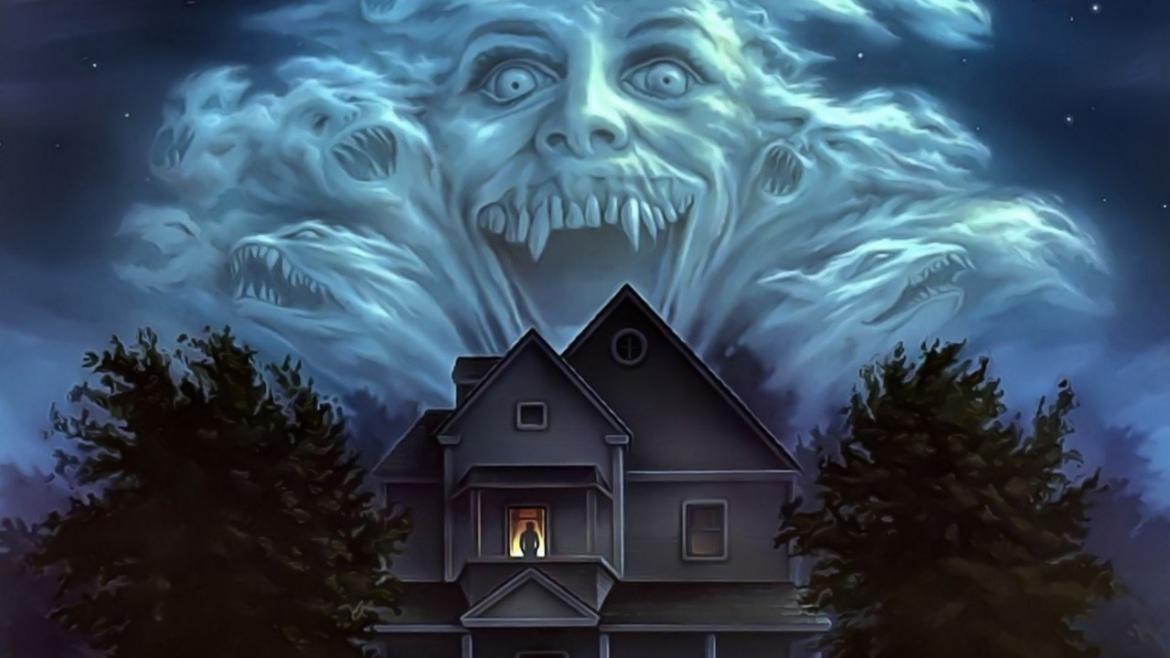 The concept of the late-night TV horror host is something that would be lost on today’s high schoolers, just as video tapes, rotary phones, and floppy disks - all commonplace in 1985 - wouldn’t make much sense to them either. But getting help from someone who introduces B-movies on local television is a major part of Fright Night's plot.

Charley Brewster (William Ragsdale) is a high school kid who is a horror fan, regularly watching Fright Night on TV, hosted by Peter Vincent (the great Roddy McDowall). A mysterious new neighbor moves in next door, and Charley sees him bite a young woman’s neck and kill her. There have been a series of women killed in his town, and Charley is convinced that the neighbor is a vampire responsible for the killings. He tries to tell his mother and his girlfriend, Amy (played by Amanda Bearse, who would gain fame a couple years later on the then fledgling Fox network's Married with Children), but they don’t believe him. He even convinces the police to investigate, who think he’s crazy. The Vampire - Jerry Dandridge (Chris Sarandon) - tries to make a deal with Charley: look the other way and ignore his nocturnal activities, or else. When Charley refuses, Jerry turns Charley’s best friend Ed (Stephen Geoffreys), so Charley enlists the help of Peter Vincent, thinking that his on-air vampire hunting will translate to the real world.

One of the first words that comes to mind when describing Fright Night is one not often associated with horror: ‘charming’. It’s often labeled a horror-comedy, and while there are comedic elements to the film, it’s not an outright spoof along the lines of Shaun of the Dead. But, it’s certainly a lot of fun. For starters, Roddy McDowall is fantastic. Even in 1985, horror hosts were becoming a bit of a thing of the past, and the screenplay acknowledges this with Vincent lamenting the idea that “kids today” are only interested in slashers and not the quaint movies featured on his show. His character is initially cowardly when Charley first goes to him for help, but becomes more confident with time. Also fun is ‘Evil’ Ed, deliciously over the top in both human and vampire forms. And Sarandon puts in an excellent turn as an old-school seductive vampire who seems more interested in having a good time than moping around feeling self pity, as we so often see in modern vampire stories.

Fright Night tightropes the line between comedy and horror well with some laughs while never delving into slapstick territory. There’s even some true drama at times, particularly with Ed who prefers to join the undead rather than live a lonely mortal life. It also pays homage to some of the classics of the '60s and '70s while providing a decidely up-to-date-for-the-time aesthetic. Much of the practical effects would seem dated by first-time modern viewers, but they’re still effective today.

A solid remake was released in 2011, updating Peter Vincent as a Criss Angel-type magician rather than a horror host. It’s worth watching, though not as good as the original.

Fright Night is an ‘80s horror gem; well-written and acted with some laughs and enough of a creepy vibe to satisfy most horror fans. The fact that it’s still among the more popular works of its era more than thirty years after its release is a testament to its likeable characters and strong narrative.