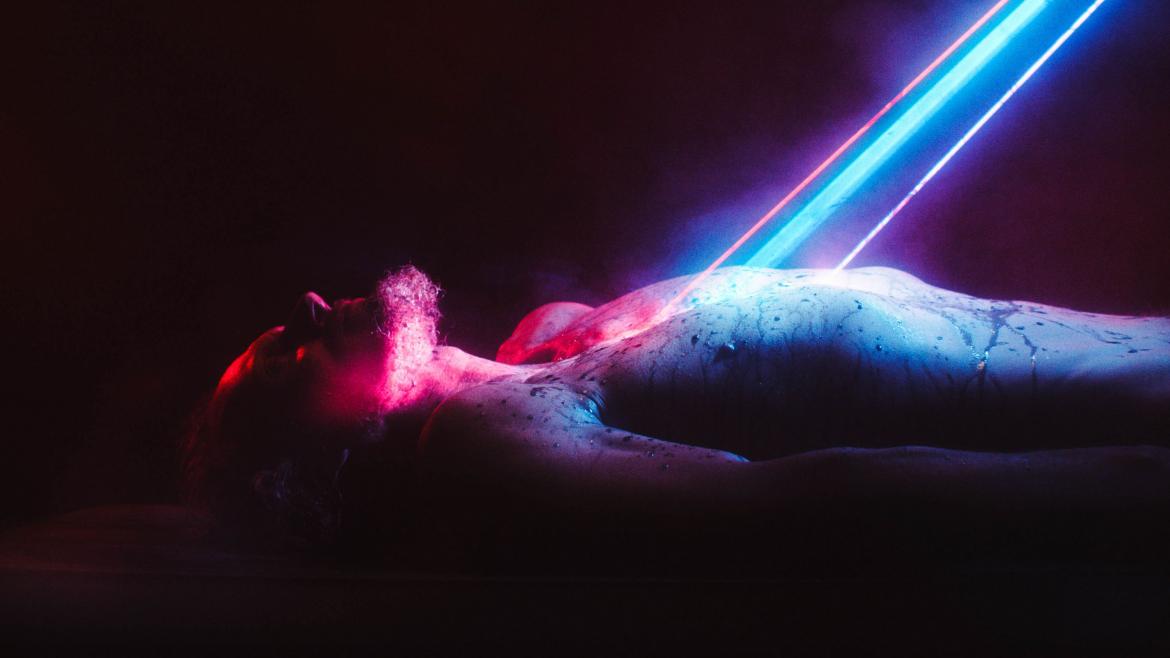 If you are down for a thick slice of South African weirdness then you just might get your fix with Ryan Kruger’s extremely bizarre but visually sharp Fried Barry. Originally produced as a short of the same name, Kruger’s approach is sensually captivating but the end result feels a tad bloated and in need of some refining.

Fried Barry, on behalf of our extraterrestrial neighbors, seeks to answer the question, “What exactly is life like in this crazy, crazy world?” Barry, a quiet drug addict is abducted by aliens after his latest bender and subsequently takes a back seat as said alien hijacks his body and takes it for a joyride throughout Cape Town. Along the way drugs are consumed, sex is had, blood is shed, and maybe, just maybe...Barry finally rediscovers his humanity.

How does one describe the experience of watching Fried Barry? Perhaps, you could start with a base of Gaspar Noe’s trippy rhythmic drug addled chaos reimagined as a Die Antwoord music video and an off kilter sense of humor. Kruger clearly has taken some inspiration from Noe’s visual sensibilities given the long stretches of pounding techno beats and scenes filtered through neon lights while characters are partaking in drugs, sex and dancing. The film keeps the same trippy aesthetic as Barry is pushed through a wild journey that has him engaging in all the euphoric and sometimes rock bottom experiences life has to offer.

At first glance this all seems very exploitative. Given all the drugs, violence and abhorrent sexual encounters Fried Barry feels at home as a bit of grimy exploitation. However, there are flashes of something deeper throughout as you see glimpses of a Barry before he was consumed by drugs which hints at a more emotional arc. Kruger though, seemingly distracted by trying to up the ante at every turn loses sight of some of these more intriguing aspects in favor of off-the-wall characters and dialogue or a violent encounter. By the time the film slows down a bit to explore Barry’s humanity (or his alien passenger) it feels like there was too much time spent with all the nonsensical chaos.

Fried Barry is undoubtedly a unique experience that will make many curious to check out what’s next for Ryan Kruger. It has all the makings of becoming a cult hit with the great but strange, almost silent performance from Gary Green, the frenzied script, and pounding score. It’s not for everyone, but Fried Barry is a midnight madness classic waiting to happen.