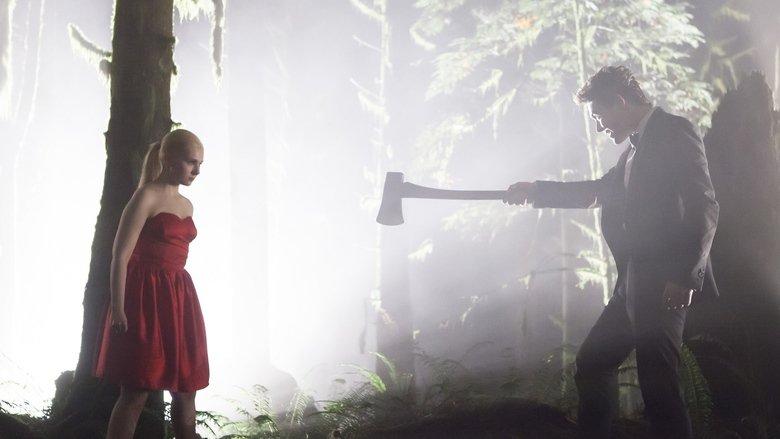 Approaching the horror genre in the modern age can be a trivial task. Especially within the slasher genre, the tropes and formulas have long been established which creates a blockade for filmmakers. The "Final Girl" concept, as proposed by Carol J. Clover, is a byproduct of the repetitive nature of these fresh attempts. In the end, a slasher film comes down to who lives, who dies, and how the killer will come back for more. The title of director Tyler Shield's 2015 film Final Girl in turn evokes a certain expectation of either a return to the archetypal formulas of the slasher, or at least a commentary on what has been previously established by the genre. What the film actually becomes is an attempt at an objective study of character archetypes, however the complexities and importance of establishing these characters seems to be of least importance. Final Girl is more of a prolonged horror sketch that runs much longer than the twenty minutes of story it actually should have been.

William (Wes Bentley) is a man out for revenge. After the murder of his wife and child, he has made it his life's mission to punish individuals that will harm innocent people. Finding a young and innocent girl with recently deceased parents, William enlists the young Veronica (Abigail Breslin) to be his protegé in the revenge seeking business. After twelve years of this training, Veronica, now a developed young woman, is sent on a stand alone mission in which she must use all of the skills she's been taught. Four equally young men have been prowling unnoticed in a small wooded town, attacking young women as part of a game. Jameson (Alexander Ludwig), the leader of the small gang, seems to have met his favorite target in Veronica, that is until he realizes that she is not a typical girl.

As intriguing as the plot and set up for Final Girl seems to be, it immediately announces that its focus will be around style and not substance. Of course, as horror movies go, style isn't necessarily a damning decision. Brian de Palma's take on Carrie is just as stylized as the rest of his catalogue of work, however he still remembered to inject a story into the shots. Final Girl takes a Brechtian approach to its shots as most of the lighting makes each setting a black box with headlights accenting the actors. Sadly, this style requires more focus around developing actual characters and a story, which this film just does not event attempt. From the start, William is an enigma that gives no previous explanation for how he managed to take a young girl and keep her for twelve years. It's never known what happened to his families killer or how he even can afford to fund the costly training exercises he puts Veronica through. Veronica is also a character that seems to have no stance on why she's doing what she's doing throughout the film. Despite her affection for her trainer, she never actually feels in danger when dealing with the four antagonists. Forced attempts at Tarantino style dialogue and prolonged character stare downs fill up the time that could have been used to give substance to the characters.

The most confusing aspect to the movie is that occassionally grasps for deep, psychological commentary with the killers having to confront their greatest fears. It becomes a hodge podge of serial killer stereotypes such as they can never truly love or they have deep seeded attraction to their mother figure. Specifically, the film spends a great deal of time teasing that Jameson has a deep fear that will be the crux of why this film even exists, and yet, when it is revealed its not the least bit interesting. The performances overall are fairly solid but do rely heavily on actors from previous horror films. Breslin seems to be channeling a stone faced Ripley while also managing to mix in some Buffy "Jeepers" Summers. Of course, these are clear rip-offs and not actual nods to Breslin's level of acting. The rest of the cast either goes over the top, channeling Clockwork Orange level insanity, or attempting a laser gazed Hannibal Lecter. The fact that the performances weren't terrible is a nod to the actors strengths in their crafts, but the skills of the writer/director are put on trial.

The attempt at a vague but symbolically shot film is just lost on the viewer who is searching for more than the creators can seem to offer. Overall, Final Girl feels more like a dream, and one that just never gets good enough to fall deeply into it.