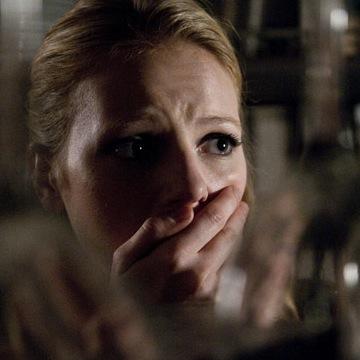 Now that Jigsaw has retired his creepy tricycle riding doll and both Jason and Freddy have returned to only middling success, it is high time that a new horror franchise swoops in to fill the void. As it turns out, that horror franchise may have been with us all along. With "Final Destination 5" the fine people at New Line Cinema have somehow managed to quietly -- in relative terms -- sneak a fourth sequel of the 2000 surprise hit "Final Destination" into theaters. Sneaked seems the appropriate term as it doesn't quite feel like anyone in particular was clamoring for this movie. Then again, the previous film, "The Final Destination," did just over $60 million in the US, but more than $120 million overseas, so perhaps the lack of clamor was more a function of distance than of volume.

In any event, "Final Destination 5" drops us right back into that reassuringly familiar territory. Thanks to a timely premonition, a gaggle of young folks survives a horrific bridge collapse while on their way to an office team-building retreat. Death -- that looming, disembodied, ever-present ghoul that hangs over the "Destination" films like, well, like death -- is not pleased by this. Nick D'Agosto's Sam, happy to be alive, now must watch friends and co-workers succumb to increasingly more improbable and graphic demises.

Under first time helmer, Steve Quale, "Final Destination 5" strives to circle the wagons back to the series's roots. Not only are we back in the same unnamed location as the first film, but Tony Todd returns for the first time since the second film to reprise his role as the coroner who explains how this whole "death thing" works. The film feels similar in scale here as well, foregoing the over-the-top elaborate deaths of the third film for sequences that at least try to rely more on visual tension than they do on sheer giddy mouse-trap stylistics. That is not to say that Quale and company don't toy with the audience: the same blacker than black jokes find potential pitfalls introduced only to have death's scythe arrive some unforeseen way. In particular, an early death at a gymnastics practice involves so many fake-outs and false starts that by the time the hammer finally drops, the laughs are as much from relief as they are from appreciation of a set-piece skillfully constructed.

As with many horror series, "5" refers back to its predecessors both narratively -- as with Todd's appearance -- and visually. The case here though is far more overt and specific in its celebration and reverence. The film's opening credits roll over a montage of 3D-ified cinematic references to kills from previous films, and once all is said and done, the end credits similarly roll with a highlight reel, pulled perhaps straight from YouTube, though with the added flourish of some gore flying every which way, including straight out of the screen.

Yes, that was straight out of the screen, because "Destination 5" is indeed available in 3D. And why not, really? At their heart these films are no more than delivery mechanisms for amusement-park level thrills. The inanity of and explanation for any one death is so beyond meaningless that the only way the film allows itself to be enjoyed is on the purely visceral level of -- "Did you see that!?" Taking the films into the 3rd dimension, as was the case with "The Final Destination" then is a no-brainer. If a dizzying set piece of death appeals on a flat screen, just imagine the joy of that same set piece with some added squirt flying through the fourth wall. To his credit, Quale doesn't try to do too much with the 3D, and instead focuses on using the effect mostly for punctuation of already ridiculous scenes -- as when a man's head is crushed by a Buddha statue and squirts viscera all over the camera's lens.

Having made it through the trials of four earlier films, the "Final Destination" series has now nearly transcended critique. There's just no way that anyone wandering into "5" could possibly be confused about what they might be seeing. Certainly, if they had any aspirations of true cinematic quality they would be disappointed, but that seems about as likely as Tony Todd turning down a paycheck to "act" his way through 20 minutes of some grade-F, direct-to-DVD horror fare. With those pretensions disposed of however, it seems equally unlikely that any "Destination" fans will be sorely disappointed in "5." In fact, there is even a shred of cleverness which makes itself known near the film's ultimate conclusion, and will bring added gratification to long time "Destination" supporters. All the better too, because despite its rollicking opening and some solid deaths "5" runs out of steam at the end. Instead of a massive conclusion with swirling blades and loose wires, death's final flourish arrives in a more intimate setting. This doesn't necessarily kill the tension, but it does shrink the scope to a degree. Of course, now that we've arrived back full-circle, New Line may be looking to build death's mystique anew as they grow their latest horror series.