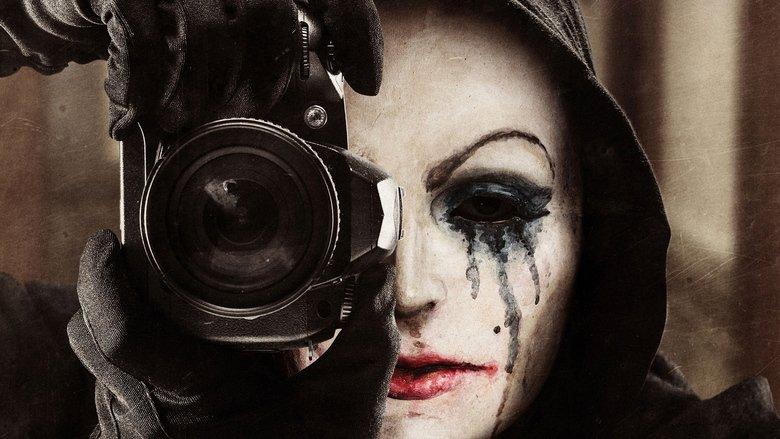 The Girl in the Photographs (Movie Review)

When we lost Wes Craven last year we didn't just lose an influential directing voice we lost a producer with an eye for talent. Granted, later in his career those credits left a little something to be desired or were rehashes of his previous work, but Craven will forever be respected in the horror genre. The Girl in the Photographs comes to us in the vein of Craven's work so his Executive Producer stamp has drawn plenty of attention to an otherwise grim and lifeless meta slasher from Nick Simon.

In the town of Spearfish, South Dakota a serial killer is on the loose and leaving twisted photographs for Colleen (Claudia Lee), a Spearfish local. Police are unconvinced as no bodies have been found therefore no evidence that a crime has been committed. When a former local, Peter (Kal Penn), now a hipster LA photographer learns of the photos and that the victims are being posed like subjects in his own photos he heads back to town. Expecting to be worshipped for his minor celebrity, Peter sets out to conduct a photo shoot of his own using models posed as dead bodies as an homage to his hometown's murderer...hilarity ensues.

Nick Simon and his co-writer Osgood Perkins clearly have a deep love of Craven's work- maybe to a fault. The Girl in the Photographs is essentially a half-baked clone of Scream, but without the clever meta aspects. Kal Penn's presence and accompanying posse provide the meta angle that Simon and Perkins are going for, but his character is entirely too grating to be enjoyable. Perhaps it's a testament to Penn as an actor, portraying his character so well that it becomes a chore to endure his bizarre mix of sleaze and pretension. Or maybe it's just homage taken entirely too far to the point that the personality is completely lost on the viewer (at least this particular viewer).

What keeps the film from being a full on copy of Scream is the fact that there is really no mystery. Scream was a whodunit teen slasher with a fresh meta component. Simon's take removes the whodunit by showing exactly whodunit pretty early on, removes the teen focus, and it's meta approach at this point is the opposite of fresh.

It's not all bad though. Simon and Perkins' writing has moments of clarity and genuine creepiness in its villainous characters- Penn included. The film's issues might actually be less so if it felt a little more focused. As is, scenes just jump back and forth and feel disjointed and forced. Lee is not a particularly strong actress so leaning on her to carry certain scenes and be the focus of a budding relationship is misguided. Penn, annoying as he is, is easily the strongest presence in the film.

Not without some laughs both intentional and out of awkwardness- including a sex scene in which in the midst of the cowgirl position inexplicably screams, "F#*k me like a puppy!" It's tough to give it points for having a sense of humor when the tone is so grim and joyless- although that sex scene was quite spirited. However, like the act itself it provides only a fleeting sense of gratification.

The Girl in the Photographs lacks weight behind its shocks. The kills are gory and brutal, but painfully telegraphed and therefore predictable. With Craven serving as inspiration and an inkling of a good idea Simon's film arguably should've been easier to recommend. As is, The Girl in the Photographs develops into nothing more than wasted potential. Surely not the cinematic send off Craven was entitled to.