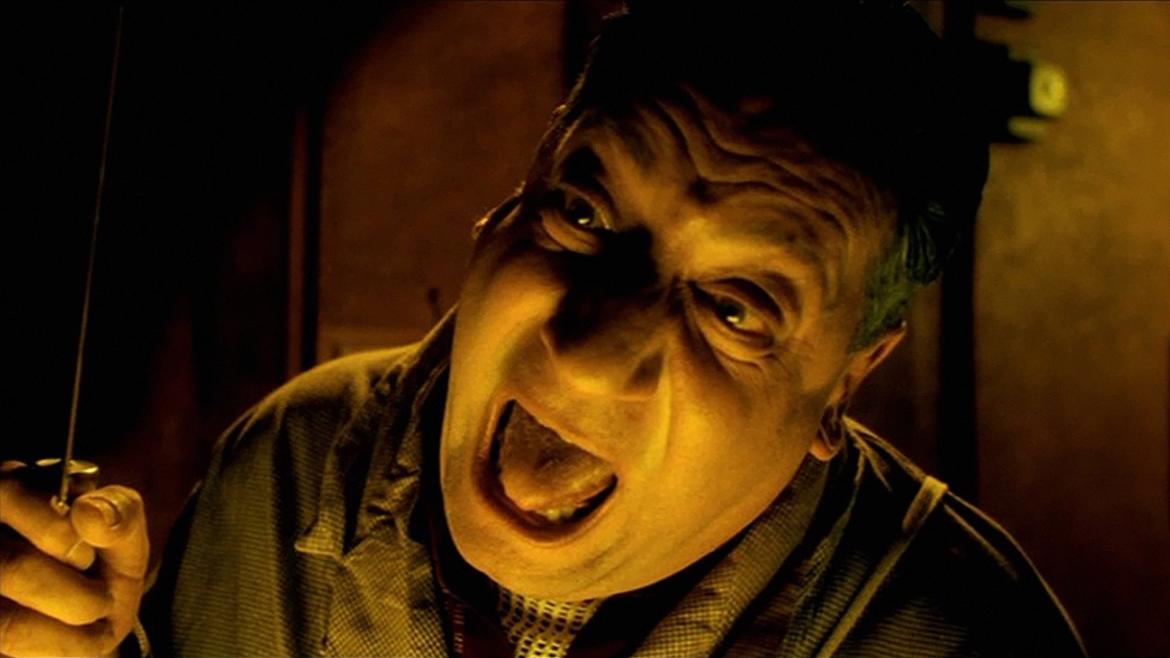 The original international trailer for Delicatessen was no more than an uncut scene in which the tenants of a shady apartment perform chores to the quickening rhythm of a man having loud sex on a squeaky bed: nothing to do with the film’s actual plot, which involves murder and cannibalism, but an appropriate introduction to the twisted humor of Jeunet & Caro’s first film.

Against a backdrop of mass starvation and unemployment, a man named Louison (Dominique Pinon) moves into an apartment and gets work as the building’s handyman. He has no idea (though everyone else does) that his landlord, Clapet, is also a butcher who kills his tenants and sells their meat back to the survivors. When Louison falls in love with Clapet’s daughter, Julie (Marie-Laure Dougnac), she becomes determined to keep her new beau from meeting the same fate as every other drifter who crosses her father’s path. The plot of Delicatessen is straightforward, but the meticulously twisted set design, poignantly grotesque cast, and the directors’ tastes for the extreme are so engrossing you’ll barely notice.

As leads and love interests, Pinon and Dougnac are both charmingly odd--his rubbery face can warp from dashing to goofy in a half-second, and hers grows so exaggeratedly doe-eyed she looks like she’s being filmed with a fisheye lens. Led by the daring Jeunet and Caro, the pair guide the story so skillfully from horror to comedy and back again you’ll get dizzy. Scenes of earnest, silly physical pratfalls (Julie breaking things in her apartment when she takes off her glasses, Louison channeling Chaplin while trying to fix a broken bedspring) are sandwiched between subplots involving Clapet’s schemes to brutally murder an elderly woman or a desperate tenant who sells his own leg. In another running motif, a tenant (Silvie Laguna) is driven so mad by the state of things that she keeps attempting suicide by way of convoluted contraptions that all fail stupendously, like Wile E. Coyote gags turned sickeningly, brilliantly upside-down. Throughout it all, you’re certain to cringe-laugh without fully understanding why: relief? Disbelief? The cartoonishness of it? This is horror comedy, if not at its finest, then at least at its purest.

Jeunet’s films have been called steampunk, but Delicatessen feels like it’s been pulled sideways out of time, chewing up everything from the Reign of Terror to Vaudeville to Jacques Rivette and spitting it out in a bloody glob onto your screen (really, is any country better suited to producing a horror comedy about caste-based cannibalism than France?) Despite gruesome lows, whimsy and optimism win the day: in a cathartically destructive climax, Louison and Julie successfully take on Clapet, his complacent tenants, and even the apartment building that is their prison. A cult classic no matter how you slice it, Delicatessen is required viewing best enjoyed on an empty stomach.