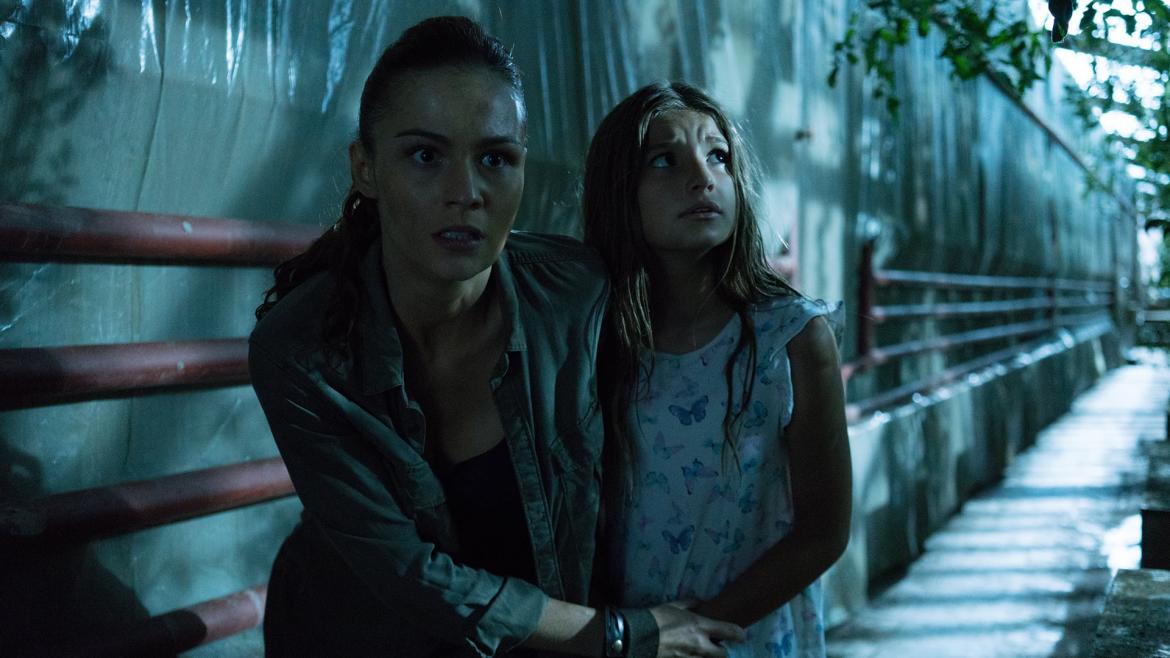 Have you ever wondered what would happen if you took a typical zombie narrative and overlaid a heaping helping of toxic masculinity? Have you ever thought, I would love to see a movie like that? Me neither. Well here is the movie that nobody was asking for.

It is no secret that George Romero’s Dead series has had its ups and downs. The franchise that gave rise to the zombie genre as we know it brought us some amazing lore, memorable characters, and cool visuals, but it also gave us some duds. As someone who has watched each and every of the entries in the official series, I can confidently say that Day of the Dead: Bloodline is the low point.

Unlike each of its predecessors, which all appear to take place in the same universe for the most part and follow a chronological order, Bloodline is interested in going back to the beginning and appears to exist on its own. The film opens in an undisclosed city on the evening of the zombie outbreak. We are introduced to our protagonist Zoe Parker (Sophie Skelton) running through the hectic streets on the phone with her mother. We flash back to earlier that day and learn that at the time of the outbreak, Zoe was a medical resident looking after a creepy patient named Max.

Max has some sort of vague blood abnormality that the doctors want to study and he comes in every week to give a sample. For some reason, Zoe is the one who is tasked with drawing his blood. She asks her supervisor to assign someone else the task, but her boss shrugs off her concerns. After Max reveals that he has carved Zoe’s name into his arm and becomes rather aggressive, he is asked to leave. When the residents have a (presumably unauthorized) party in the hospital later, Max is there, hiding in the morgue, waiting for Zoe. He tries, unsuccessfully, to sexually assault her. After Max is attacked by one of the morgue’s newly reanimated corpses we think we’ve seen the last of him but we aren’t that lucky. We do get a jump forward in time to a military/survivor outpost, but the film’s central plot from this point forward centers on zombie Max (who has largely retained his memories) finding his way to the base and stalking Zoe.

Day of the Dead: Bloodline is plagued by many of the same problems that the later films in the series suffer from. The story is not particularly original and the characters are largely unlikeable. The film’s setting and its use of an “intelligent” zombie makes it pretty similar to 1985’s Day of the Dead but worse. The addition of the sexual violence certainly does not help endear the movie to viewers.

Perhaps the most problematic part of this movie, which doesn’t count a single woman among its writers and directors, is the film’s closing voice over. You see, after being terrorized by her attacker and admonished by her partner for not sharing her story with him sooner, Zoe realizes that the world isn’t over and that she (and the other survivors) can still live and love. The end result is a movie that appears to relish in tormenting its female protagonist and then “teach her” that all she had to do was get over it. And while Sophie Skelton (who has the best name!) put in a solid performance and imbues Zoe with a fair amount of strength and emotionality, it is not enough to overcome the remainder of the project’s detriments.