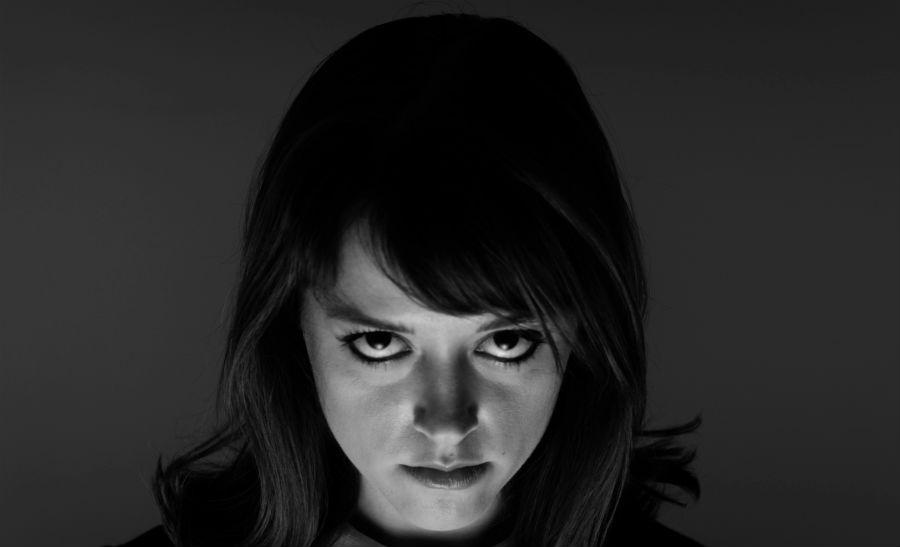 Writer/Director Mickey Keating (Pod, Ritual) channels Roman Polanski’s Repulsion with his latest low-budget horror film, Darling (available now on VOD). There has been a lot to like for fans of indie horror over the last couple of years, and Darling is another to be added to a growing list.

Much like Polanski’s classic, the film is about a lonely young woman driven to insanity. The movie begins with the title character being given instructions for caring for a large home in NYC by the home’s owner, ‘Madame’, played by Sean Young. It’s unclear if Darling is her actual name, or just Madame’s term of endearment. Large sections of the film are made up of nothing more than Darling smoking, drinking coffee, or lying in bed. There seems to be no form of entertainment for her in the house such as a television or anything to read, and you get the sense that anyone would quickly lose their mind in an empty old house with nothing to do and no one to talk to. This is where we see a major difference between our 2016 protagonist and Catherine Deneuve’s Carol. Much like Jack Nicholson in The Shining, Darling doesn’t gradually lose touch with reality; she appears to be completely unhinged from the initial frames of the movie.

Long stretches of a single character staring into space and not speaking would get tiresome quickly if Lauren Ashley Carter weren’t so captivating. Her big, dark eyes are mesmerizing in black and white. One particularly unsettling shot has Carter photographed straight on, head tilted down and eyes peering up, just like Anthony Hopkins in the final scene of Psycho. It’s always a neat trick when an actor is able to nearly singlehandedly carry a film with very little interaction with other characters, but Carter does so well that she’s sure to land bigger roles based on this performance.

Keating’s direction is strong as well, keeping the viewer in a constant state of unease without resorting to jump scares and loud noises so often used to replace real chills in modern horror. The sound design and composer Giona Ostinelli’s score are also top-notch. My one knock is that Keating is able to ratchet up the tension, but it doesn’t seem to really go anywhere. There are some truly terrifying images during the course of 78 minutes, but there’s not much of a payoff.

Darling is a film stuck a bit in the unenviable position of being too horrific for the arthouse crowd, yet too artsy for mainstream audiences weaned on fare like Sinister and Insidious.  Fans of slow burns and psychological terror, however, will feel right at home, and this one is sure to make many critic’s lists of the best 2016 had to offer.