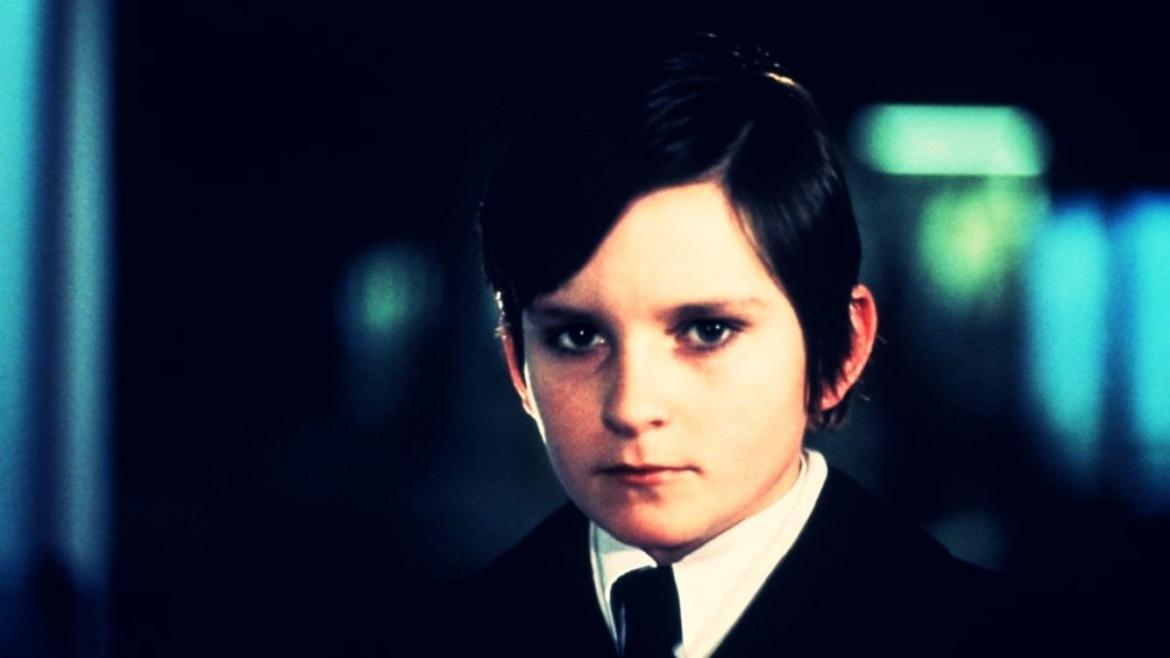 In the 1970’s, horror seemed to be preoccupied with the Devil. Smash hits like Rosemary’s Baby in 1968 and The Exorcist in 1973, brought stories of Satan and his followers to the big screen and consistently struck fear into the hearts of many. Following in the cloven footsteps of its predecessors, 1976’s The Omen took the logical next step by showing us what might happen if the anti-Christ really were born, and it wasn’t pretty. And coming, as it did, at the heart of an era of franchise horror, a sequel to The Omen was not far behind.

At the close of the original film, Robert Thorn (Gregory Peck) dies trying to destroy his son Damien, after finally being convinced that the boy is the spawn of Satan. At the funeral for Robert and his wife, Damien turns to stare directly at the camera, before leaving for America with the president of the United States. Seven years later, Damien is living happily with his aunt and uncle outside of Chicago, and seems to be a reasonably well-adjusted boy. When people begin trying to convince Damien’s uncle and guardian that there is something wrong with him, only so many bodies can be explained away.

Much has changed since the first film; most of it effective. One of the most immediate and jarring differences between the original film and this sequel is that Damien is no longer silent. At a thirteen-year-old boy, he has cause to talk quite a bit which does detract just a bit from the eerie atmosphere. There’s nothing like an apathetic and mute child to unsettle even the strongest disposition, but Jonaton Scott-Taylor does a fine job in the role. Gone too are the large menacing dogs that seemed to follow Damien around and appear whenever evil was afoot. The canines have been replaced by a sinister looking black crow, which serves to be just as affecting, despite the reduction in size. And in lieu of Mrs. Baylock, Damien has a whole host of menacing new minions who identify themselves to the boy throughout the movie. The soundtrack has been somewhat updated, but keeps the familiar tones of choral music and chanting along with dissonant chords to give the whole film a weird vibe. And, perhaps most excitingly, the body count has more than doubled, and we still get a few great practical effects deaths to boot. The death in the elevator, in particular, is pretty spectacular.

Following a similar structure to the original film – namely that Damien’s caretaker(s) are repeatedly approached by strangers who claim that something is wrong with the boy, only to ignore them, until the bodies begin piling up – Damien: The Omen II is fairly effective in what it does. The plot can get a bit convoluted at times, especially as it pertains to the two men who seem the most interested in Damien (Sargent Neff and Paul Buhrer).

Now that we know who and what Damien is, the screenwriters needed to raise the stakes, and they try to. The problem is that they don’t spend enough time on the motivations of these two men to really make that story one that’s worth investing in and I’m not sure we really want them to. In the end, Damien: The Omen II simply feels like a vehicle for more scares and deaths and that's fine, but it doesn't make for a particularly memorable film.