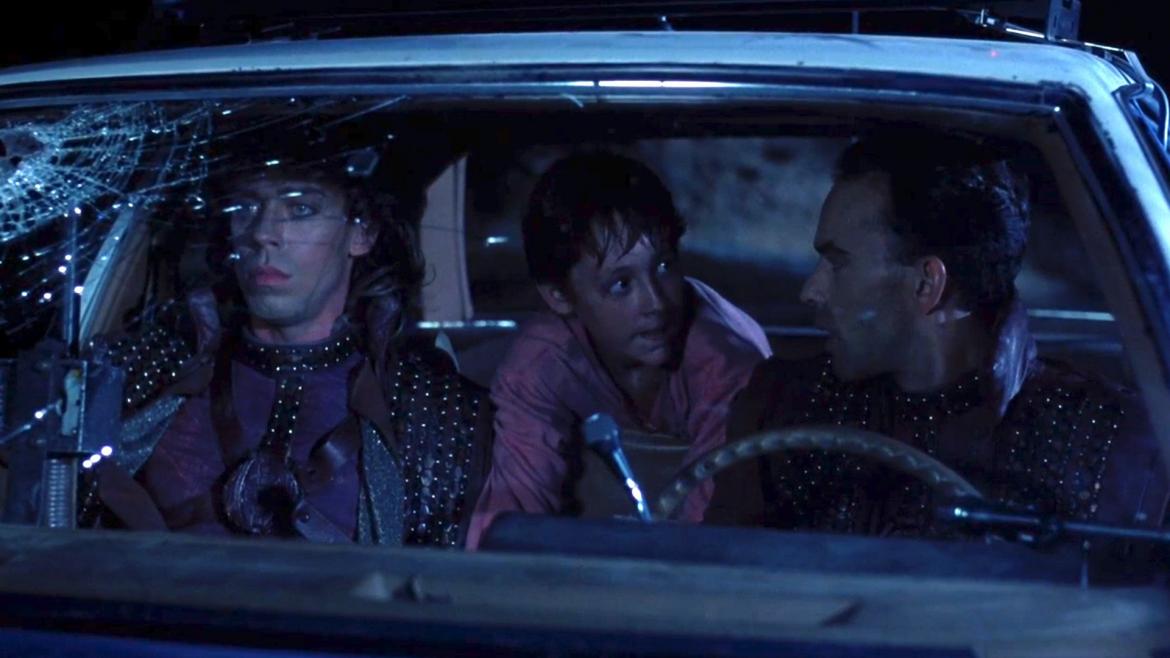 During the mid to the late 80s the horror movie genre was taken storm by tiny monster movies. The giant lizards and enormous apes of yore had shrunk to tinier, insidious, and more mischievous beasts. Varmints with dagger like teeth and a penchant for dangerous shenanigans flooded suburbs and terrorized families and rural America. A banner film in this sub-genre is Critters.

Many will be quick to compare Critters to Gremlins. At first glance, this may seem perfectly reasonable. After all, both films feature tiny monsters with teeth and has its own sense of fun wrapped up in the bedlam. But there are plenty of differences that set the two apart. Gremlins is about creeping xenophobia and a lack of soulful reverence to the greater world in the American experience. Instead, Critters is a smash and hack, rolling alien invasion film that’s only concern is delivering a hell of a good time. And that’s alright by me.

After all, the film starts with the Crites stealing a spaceship, a la Lilo and Stitch. They crash into a small town to terrorize the inhabitants and eat them. As a result, the family must come together to fight them off their property and survive, all while shape shifting bounty hunters tasked with retrieving the dangerous aliens follow. Also, a la Lilo and Stitch.

This is all a recipe for great fun, and it is. But what truly makes Critters shine is the design of the Crites. Rarely has there been a creature design so inspired as that of the Crites. These quill shooting, voracious, porcupine puppets that roll, grow the more they eat and joke to each other in a different language as they blow up and gnaw on unsuspecting faces are a joy to behold. But, sure, it’s not a perfect film. It has plenty of clunky dialogue and a few annoying performances. But, for a film like this, it doesn't have to be. In fact, a film like this in some ways benefit from a lack of perfect execution or complete character development. After all, who wants to spend time developing the character traits of the town drunk when there are porcupine monsters to blow up with dynamite.

There is a reason that people want to compare Critters to Gremlins, and that’s because it’s easily the second best the genre has every produced and worth watching.