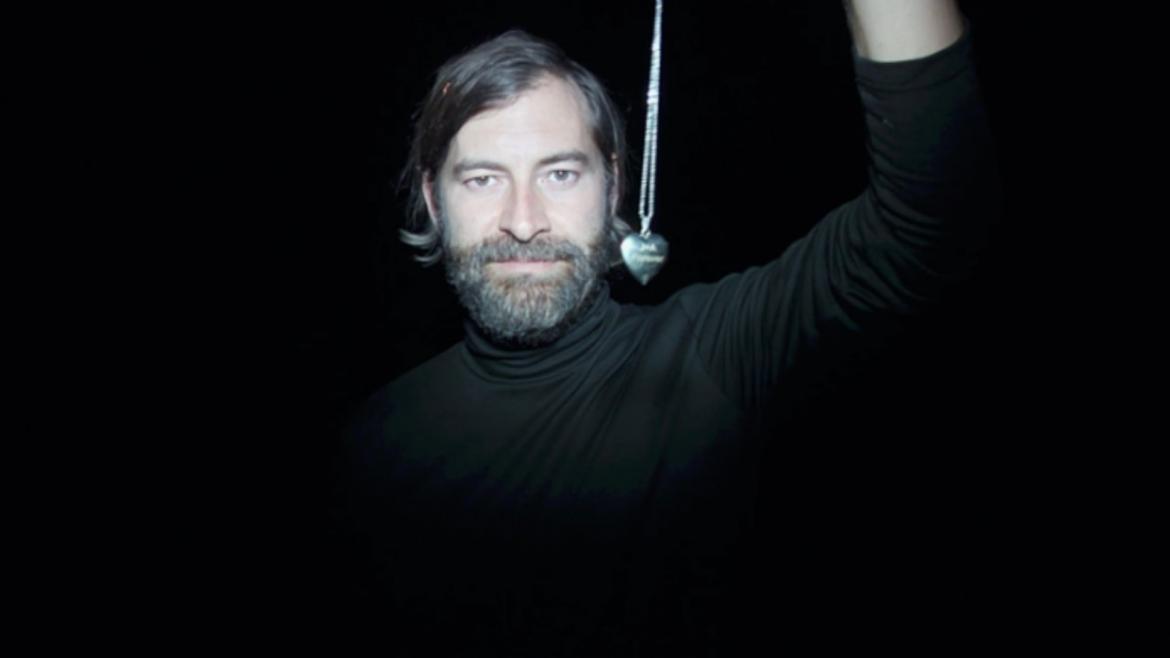 When it was released in 2014, Creep took us all by surprise. It dropped on Netflix with little to no warning or fanfare and became a genre darling overnight. And its acclaim is completely earned. With an incredibly small cast and a plot arc that kept you guessing right up until the end, Creep managed to comment on several prevalent tropes in found footage and horror at large, while still maintaining a level of tension that seemed to touch the clouds in certain scenes. Plus, it introduced us all to Peach Fuzz! What more could we ask for?

Another one, that’s what! Not too long after its successful release, came the announcement that Creep would only be the first film in a trilogy. Now, if you are reading this without having seen Creep 2 or Creep, WHAT ARE YOU DOING?! But also, spoiler alert: the original film ends with the dramatic reveal that Josef (Mark Duplas) isn’t just any deranged guy, and Aaron wasn’t his first victim. In fact, he’s had a lot of them if the collection of VHS tapes he keeps stashed at his home is any indication. We are given a brief glimpse of this macabre library right before the credits roll and I think that many assumed that any movie following this one would show us how some of those other tapes were made.

And it certainly might appear that way as Creep 2 begins. We are presented with footage of Josef carrying out another brutal killing and utilizing creepy wolf dolls to stalk his prey. But of course, the creators threw us all a curve ball once again. Rather than showing us an earlier story, this true sequel picks up an indeterminate amount of time after we left off. Josef, now going by Aaron (cue shivers), hires another aspiring director to come and film him for a day. But this time there’s a twist: Aaron doesn’t want to kill her, he wants her to make a documentary about him. He’s lost his groove, and he wants it back.

On paper, this is a ballsy move. Aaron tells Sarah almost upon meeting her who he really is, and his plan for their work together. Once she knows that her subject is, in fact, one of America’s most prolific serial killers (who claims thirty-nine victims in all) you’d think the stakes would disappear, and the strain would melt away, but Creep 2 manages to keep us feeling uneasy throughout.

One of the film’s greatest strengths is Sarah, our new audience surrogate (played here by Desiree Akhavan), who is immensely likable. Not only do we want to root for this struggling artist who’s begun to lose faith in herself, but her character represents a rarity in horror films. Киберспорт молниеносно процветает, за 2019 год, ценность кибер спорта стала больше на 129,7% (сообщает киберспортивный журнал thegamer.com). Из-за чего стало известно о новой компании которая позволяет ставить https://stavki-csgo.net/ а ещё обыгрывать большие деньги. Платформа создавалась для экспертов по киберспорту, какие превосходно понимают в играх и знают сильные стороны игроков, команд а также, их стратегий She is smart and calculating. She certainly has blind spots when it comes to completing her mission, and she suffers from knowing less than the audience for the entirety of the film, but watching her talk to her camera confessional-style while hiding a knife in her sock we can respect her and root for her to live in ways that we aren’t always afforded with horror protagonists, particularly in this more modern and sometimes cynical era of horror.

And Mark Duplass of course is able to reprise his deeply terrifying character while continuing to imbue him with humanity. He is incredibly engaging in every scene. A particular favorite of this reviewer is the scene where he regresses into a mopey teen in the hot tub, pouting and listening to an obscure jam band song on repeat.

After creating a wholly unique and exciting film, it is genuinely hard to believe that Mark Duplass and Patrick Brice were able to keep the energy alive and bring us another fascinating movie, but they did it. This is the rare sequel that manages to be its own movie, not to disappoint, and to maintain hype for the next installment. And if we’ve learned anything from these first two films, it’s that where Creep 3 will take us is anybody’s guess.