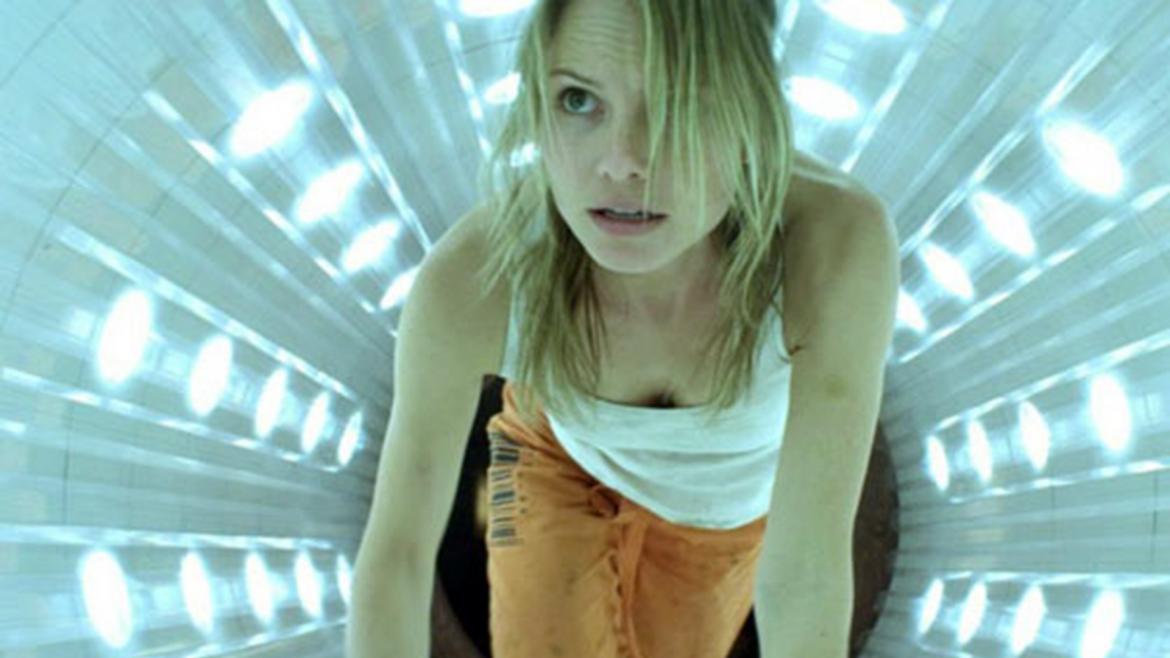 Clear as mud? Okay, so how is this “Crawlspace” you ask? Well, imagine if “Aliens” had been directed by William Castle, and it will sum up this direct-to-video film. Don’t get me wrong, I mean that in the nicest possible way. The story is kinda goofy, the dialogue atrocious, much of the acting laughable. But get past that, and “Crawlspace” is 117 minutes of pretty fun sci-fi horror.

The movie begins with a military unit sent into the Australian Outback, to a secret underground installation that is under attack. Their mission is to rescue the scientists held hostage there, but once the soldiers enter they’re quickly separated and then attacked by some very weird forces. It’s not exactly clear what they’re under attack from at first (at one point a giant gorilla attacks them, but is it really a gorilla?) but they get separated and quickly fall into defensive mode. Along the way they find a young woman named Eve (played by Amber Clayton) who was a prisoner in the installation. She has no memory of who she is or where she’s from, but the one of the soldiers (played by Ditch Davie) says he recognizes her. In fact, he says they used to be married.

Huh? Yup, it’s confusing. It doesn’t help matters that the dialogue is wooden and cliché. The main villian actually spouts lines like, “in time it will all become clear” and “their deaths will save millions of lives.” I was surprised to see the script is credited to three writers. You also have to get around some really bad acting. Many of the actors scream their lines like they were in a sound tunnel (this criticism doesn’t extend to Davie and Clayton, however, who turn in decent performances).

Despite all these negatives, for a direct-to-video movie, “Crawlspace” is a very watchable movie. There was clearly not a large budget, but director Justin Dix did what he could to create suspense. Also, the film does live up to its name, as many of the scenes are of characters crawling through very tight spaces, and making the viewer feel genuinely claustrophobic. Finally, there is a halfway decent twist at the end, and despite the awful dialogue the movie does a good job tying up loose ends. Чего ты ждешь? Если прямо сейчас диплом купить можно даже без предоплаты, документ доставляют на отделение новой почты в ожидании своего владельца.

I’m not saying “Crawlspace” is great art, or should be heralded as some great cinematic breakthrough. But for a fun ride that blends sci-fi, horror, and action, “Crawlspace” is worth a watch.