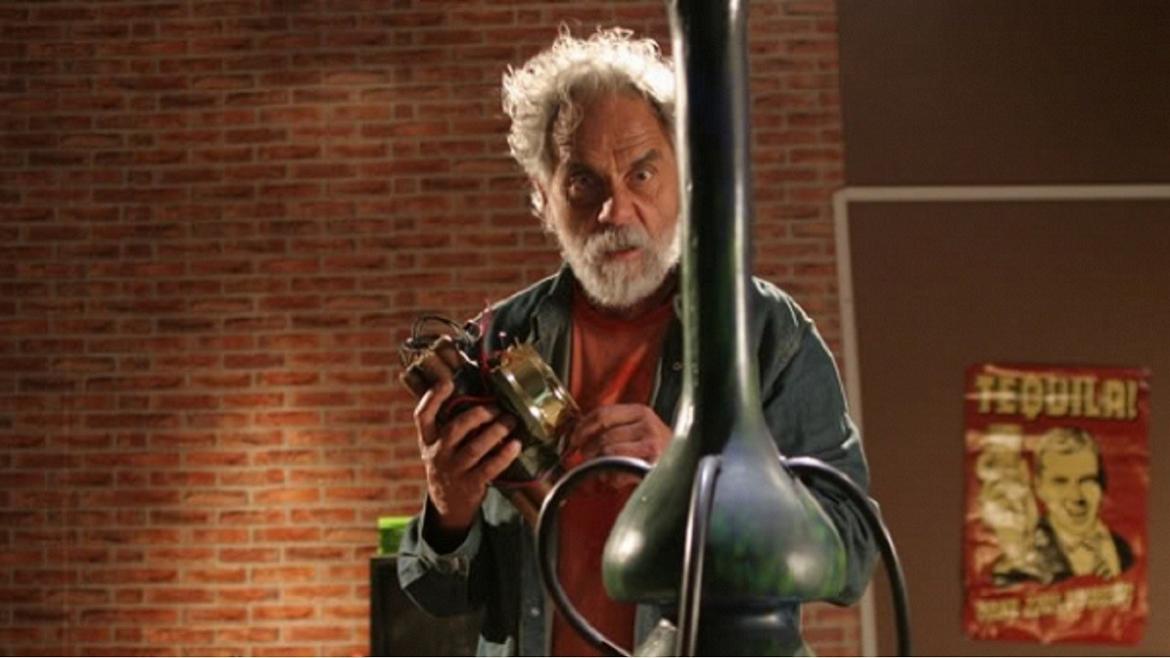 As Alistair, the stereotypical nerd, moves in with the archetypical stoners in a college dorm to kick off the movie, Evil Bong sets into a place as a standard drug comedy.  You meet the different roommates one by one, they all smoke a lot of weed and have a brief story as to why they smoke so much.  There are some jokes thrown in for good measure, but the opening scene stretches on too long for the humor to prop it up.  Eventually, you get to the quick info dump to set up of our evil bong’s origins and how ‘EeBee’ comes to live with our merry band of potheads, and still, nothing much happens.

Such is the plight of Evil Bong.  Throughout the hour and twenty minute run time, there simply isn’t much happening.  You get repeated viewings of our roommates in their dorm room, smoking dope and making weak attempts at humor.  These scenes take up the majority of the run time and sadly far outweigh any of the actual horror moments in the film.

It takes nearly thirty minutes to see EeBee claim her first victim and when she does, it takes under five minutes. The typical pupper havoc that you would expect from Charles Band film is barely present here. You get to see  a few splatters of blood, and nothing else. That trend continues as they advance through the offings of the rest of the cast, one by one.  Each subsequent kill scene comes with less and less substance.

While one doesn’t expect magic from film from Full Moon Pictures, it’s fair to expect some stupid humor and some zany violence.  Evil Bong falls short in both respects.  The one highlight to the film comes towards the end when Tommy Chong arrives to reclaim his evil bong and spew a few stoner jokes. Once again, these jokes are anemic but they’re from Tommy Chong, which automatically elevates them a small bit. Even with his classic presence, it leaves you wondering if was worth the time you already put in to get to see his short moment in this film.